After school I took Nicholas to his pediatrician to have the staples removed. I planned ahead and got him a little Transformer action figure for him to hold to hopefully distract him from the pain. 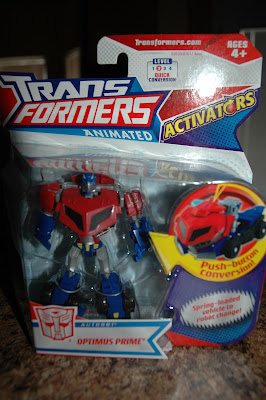 Once we got into the exam room, I gave him his new toy. He was excited and didn't seem nervous at all about the staple removal. I'm pretty sure that he didn't have a clue that it might hurt to have them removed. 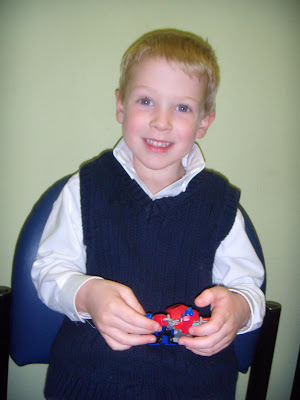 So then I felt bad that he was so happy and oblivious to what was to come. But he got clued in rather quickly and got nervous as soon as the doctor leaned forward to start the removal process. He ended up sitting in my lap with my arms around him while he squeezed my hand. He cried and tightened up each time one of them came out. For one of them, the doctor seemed concerned because it started bleeding a little. The doc decided to leave one staple in that was in the middle of the wound because he wasn't convinced that it was completely healed underneath. We'll go back Friday to have the last one removed.
at March 11, 2009
Email ThisBlogThis!Share to TwitterShare to FacebookShare to Pinterest