Fun on the Beach

We decided that since we were already in Louisiana that we would just make a little side trip to a beach on the Gulf of Mexico.  We considered Biloxi, MS since it would only be a 3 hour drive.  That would be great because we could make it a day trip and save money on a hotel room.  But after doing some research online, I learned that the Biloxi beaches aren't very pretty.  So we decided to drive a little farther to Orange Beach, Alabama.  I read that they have beautiful beaches but they aren't as crowded since it isn't in Florida, Beach Capital of the World.  It was far enough away that we did have to get a hotel reservation but I can definitely say it was worth the longer drive and hotel expense!

On our way to Orange Beach, we stopped in Biloxi just to see what the beaches really looked like.  The water was dark and brown and there were lots of strange drainage culverts going out into the water. 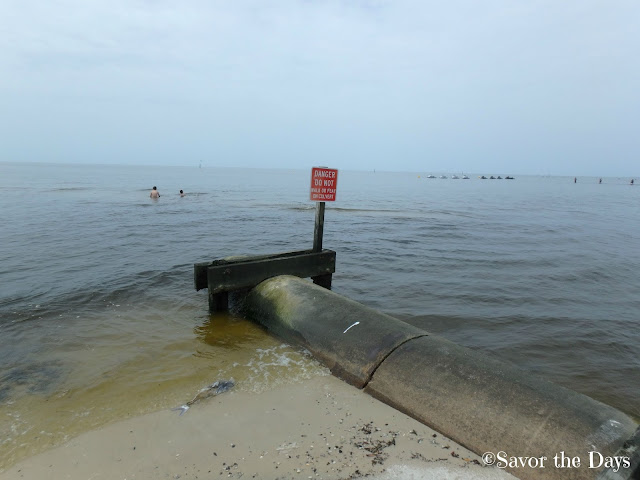 The sand had some debris that had washed up but also little bits of trash all through it.  It reminded me of ash tray sand.  I was so disappointed because I had really hoped that there would be beautiful beaches here and we could make this little trip next time we were in Louisiana. 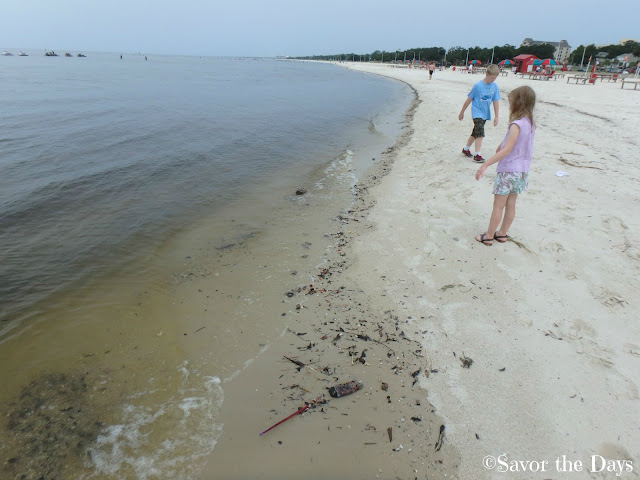 Back on the road, we finally approached the tunnel in Mobile, AL.  As a child, I remember my dad always making a big deal as we traveled under the Bay.  I guess I still hold on to that excitement because I was almost giddy as we approached. 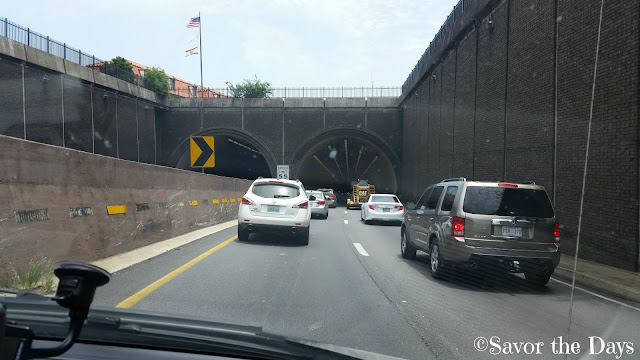 As we went through the tunnel we honked our horn, yelled out the window, and joked about water dripping through cracks in the tunnel.  Hee hee!  I wanted to make the tunnel memorable for my kids too. 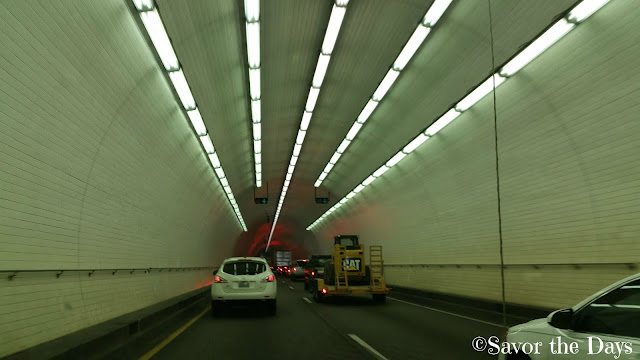 We had hoped to stop by the U.S.S. Alabama while we were in Mobile but our excitement for getting to the beach overtook us and we decided to save that detour for another trip.  It is a magnificent looking ship and I really can't wait to visit it. 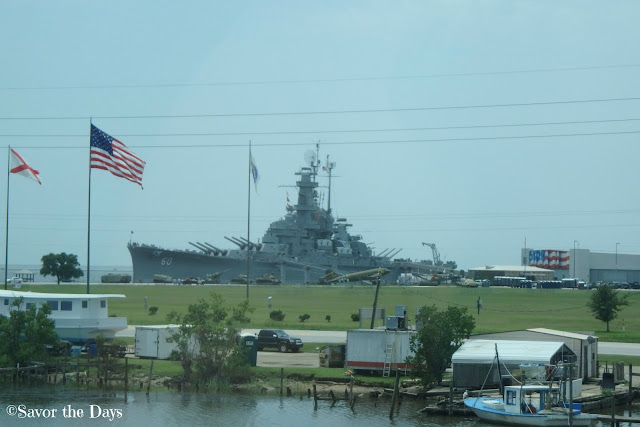 Once we reached the "Are We There Yet?" point, we still had an hour or two drive ahead but everyone managed to keep it together.  We finally made it to Orange Beach!  More giddiness!  We always use our vacation time to travel to see family and rarely go anywhere else just for fun so even though this would be a short trip, we were all just so excited to be heading to the beach! 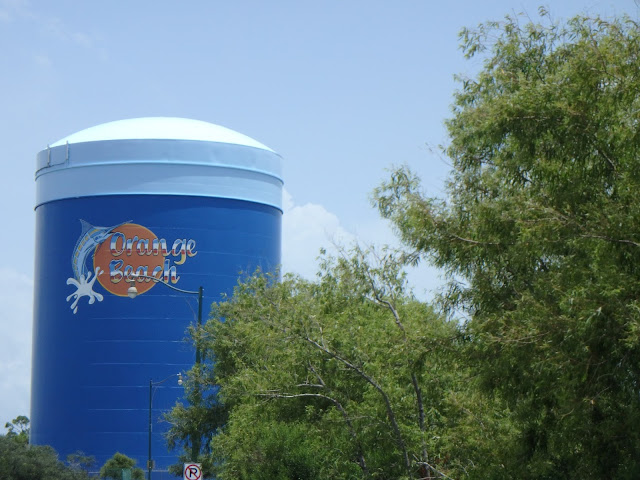 We had made a reservation at the Hampton Inn on the beach.  It was a little more expensive than some other hotels off the beach but we wanted to be able to just walk out the hotel and play and not worry about finding public parking spaces or walking across the busy highway with beach chairs, sand toys, etc. to get to the beach. 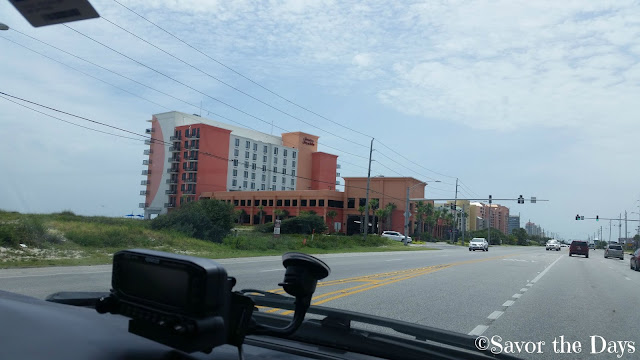 We were excited to be here but even more excited at the view from our balcony!  Isn't it amazing??  Yes, we paid a little more for a beach view but again, we never do this so we decided to splurge a little and make it a little more special. 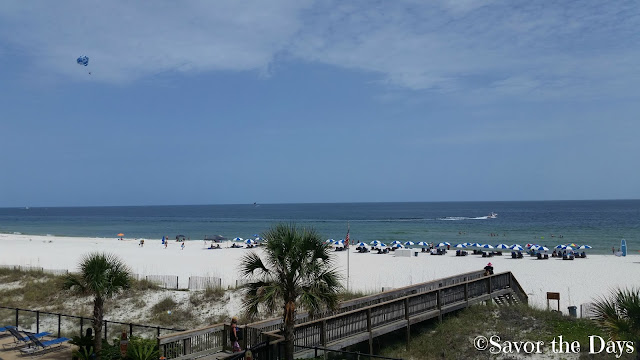 What a beautiful beach!  Clean sand and clear water!  I'm so glad we came here! 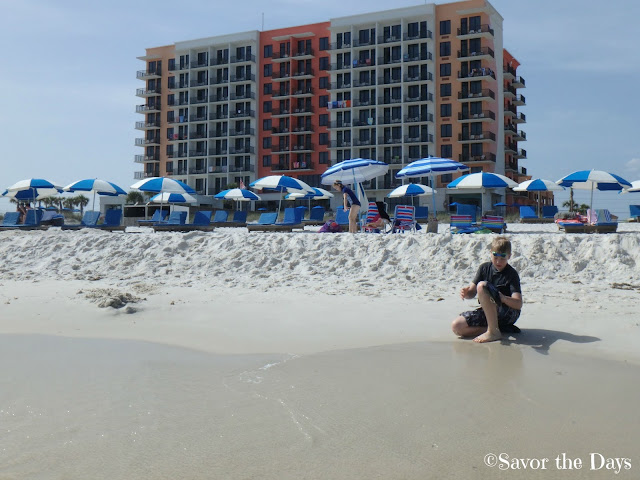 Hubby and Me - so happy!  I don't think of myself as a beach person but I could live like this for a while! 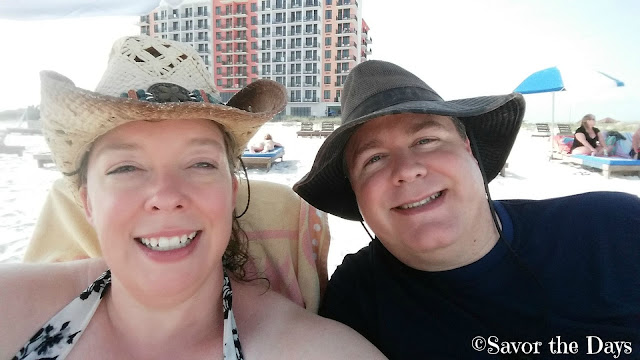 We had so much fun playing in the sand.  Nicholas wanted to be buried so Stuart helped. 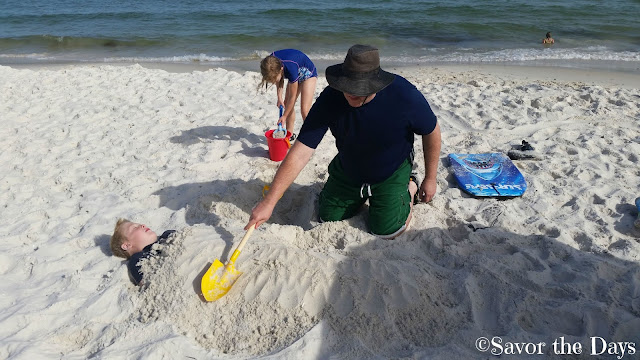 I added some artistic flair.  Nicholas wanted to look like he was being eaten by a fish! 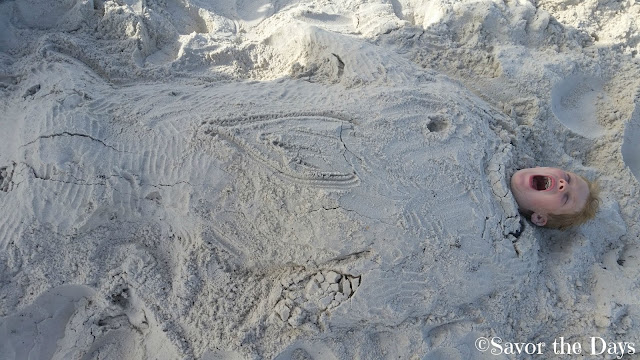 Rachel was a mermaid! 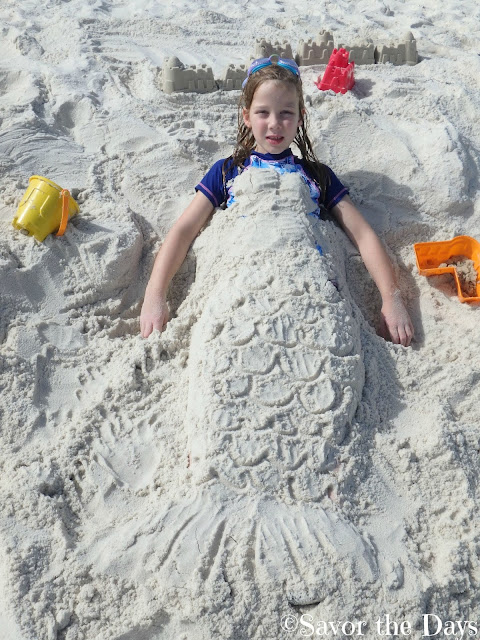 Rachel and I spent a lot of time building sandcastles.  She has a little sandbox at home but it is too small to really build anything. We had brought along a bunch of sand toys and molds so we went right to work. 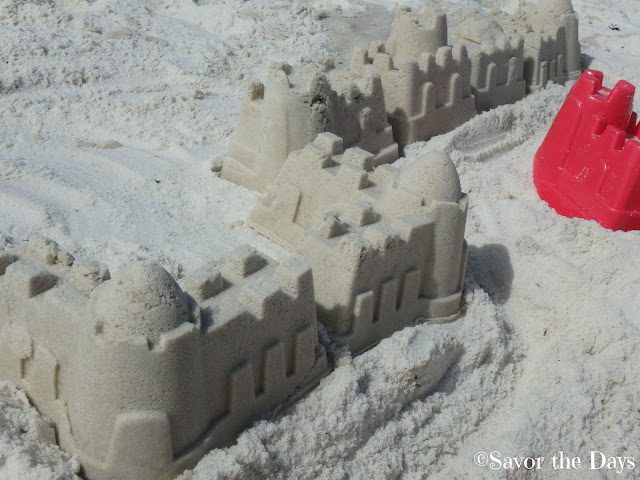 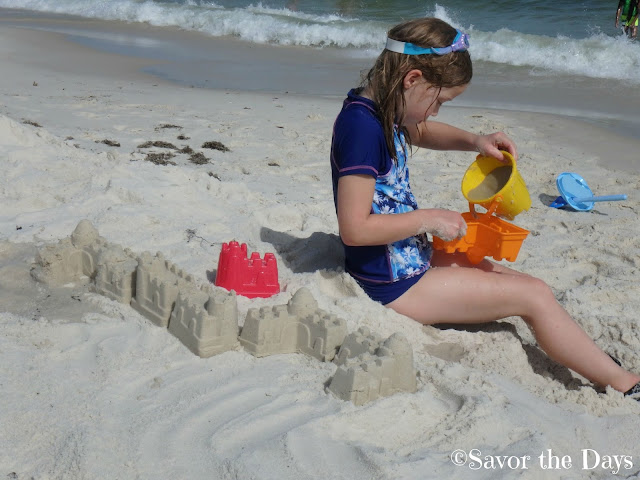 We picked these little body boards up at a local surf shop.  They are like giant kick boards that the kids can just float around on and splash over the waves.  The kids loved them! 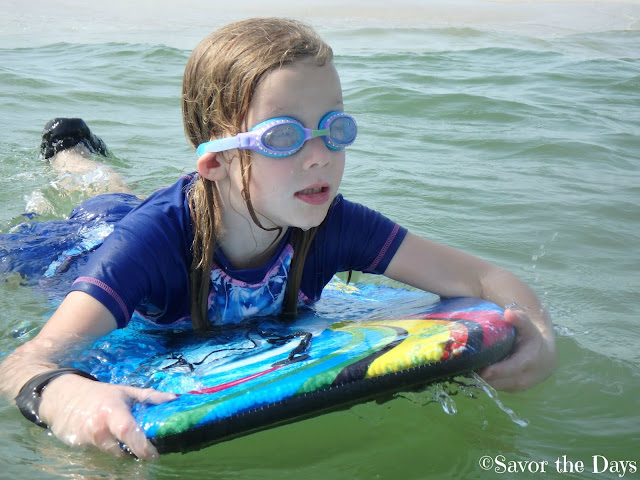 They didn't love the jellyfish that we soon discovered.  Nicholas got stung the most, probably because he was in the water most of the time.  I got stung too but it wasn't too bad.  It just made me a little anxious every time I was in the water. 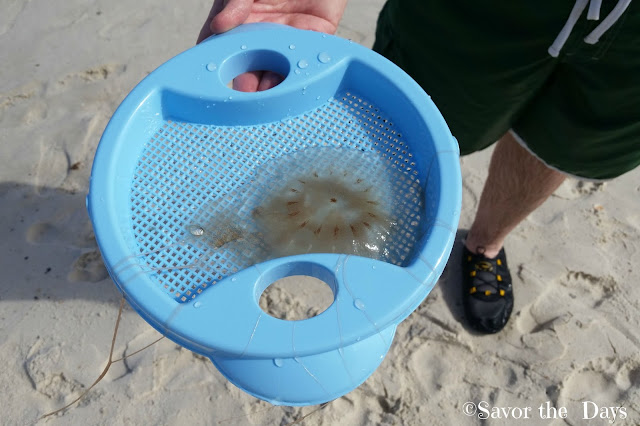 After half a day of driving and half a day at the beach, we were tuckered out and hungry.  Stuart asked around and found a great seafood restaurant called Cosmo's.  We were rushing to get there before they closed at 9:00 and when we finally arrive there was a long wait for a table.  Stuart got us some appetizers and he got me this awesome tropical drink - Malibu rum and pineapple juice! 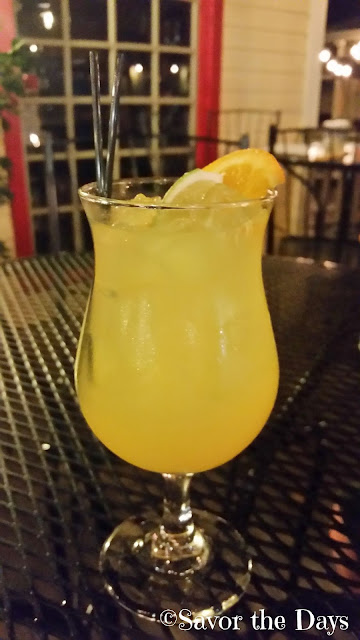 We were starving so we probably wolfed down more food than usual but it was all so good!  We headed back to the hotel, tired but happy.  Rachel went straight to bed but Nicholas wanted to go out on the beach with Stuart to explore it at night.  I enjoyed some quiet time on the balcony reading a book and listening to the sound of the waves on the beach.  Seriously, I could get used to this! 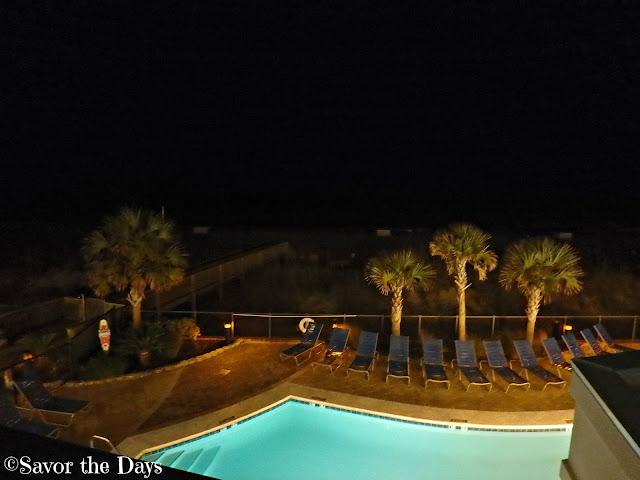 We all slept well and awoke ready to hit the beach again.  But breakfast first!  We had fun at the breakfast bar where you can make your own waffles! 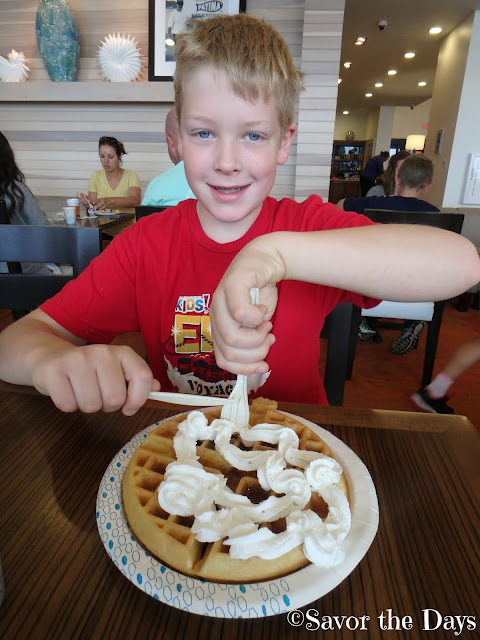 Back to the beach!  We wanted to get a few more hours on the beach but get back to the room for showers before check out time so we weren't stuck driving back to Baton Rouge with sand in our swimsuits. 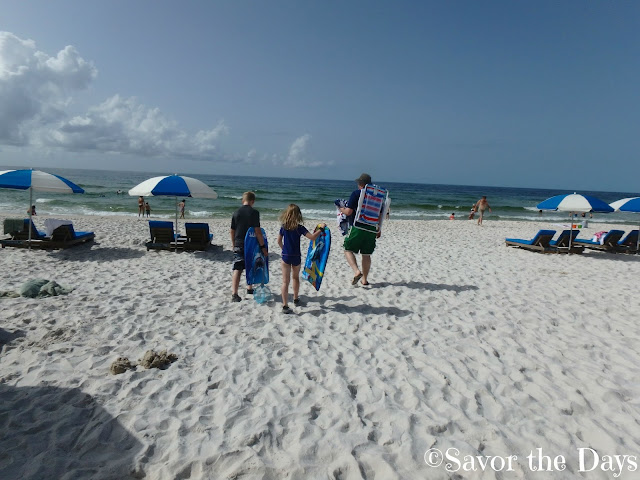 Ahh, I just love the sounds of water trickling up on the beach.  It's so relaxing. 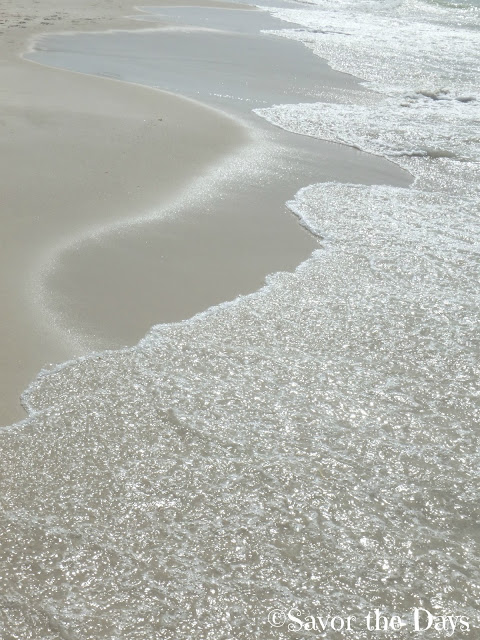 We love this place....except for the jellyfish! 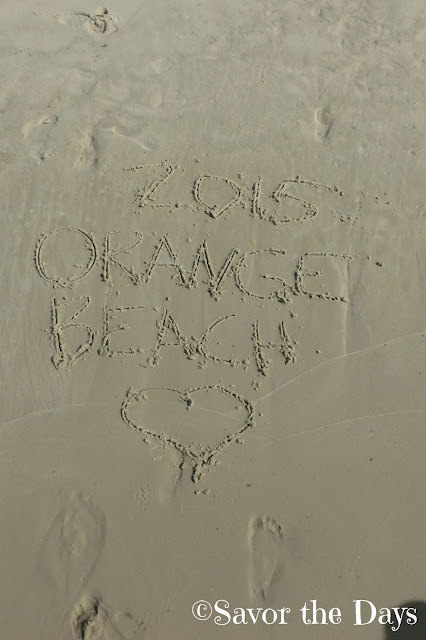 We had lots more sand time. 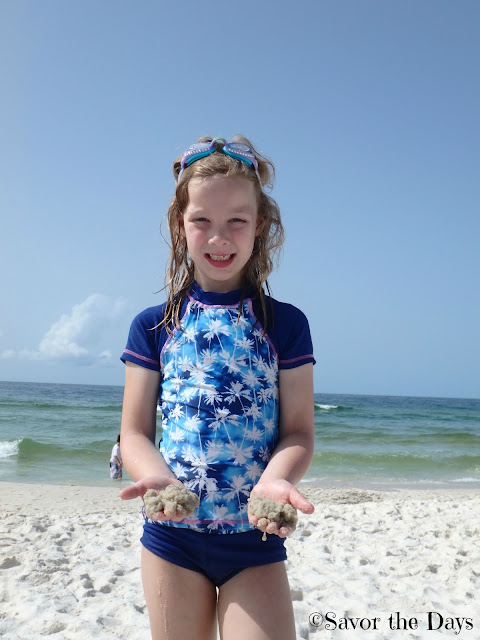 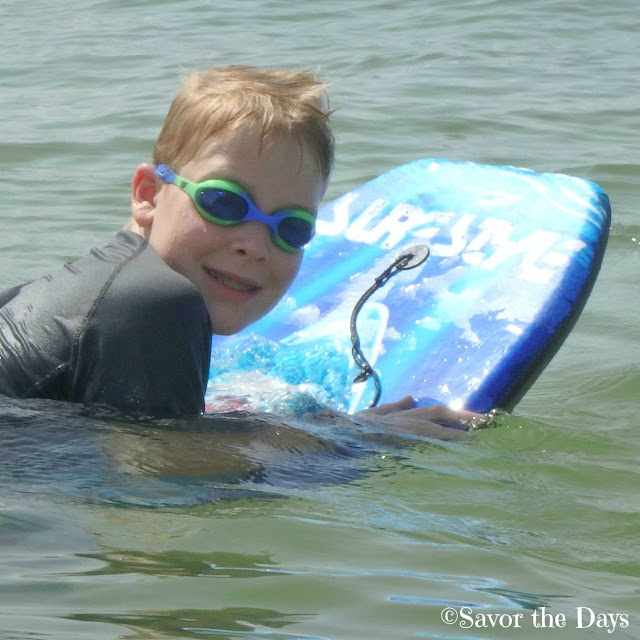 Nicholas met some friends and they played together in the water for a while.  At some point he also got shocked by an electric skate but even that didn't keep him out of the water.  He's my little fish! 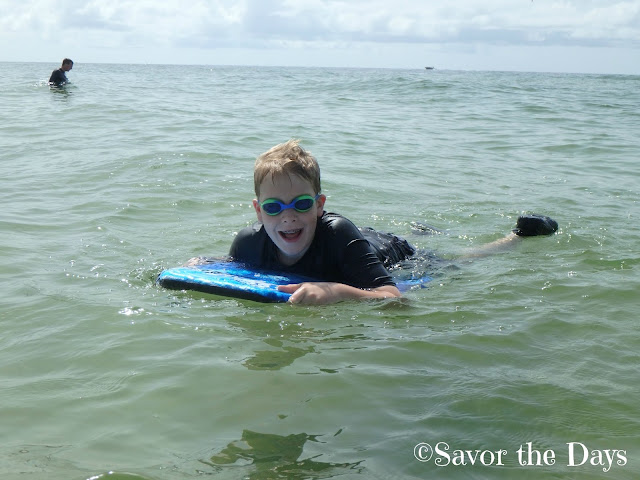 Playing in the water with my baby girl. 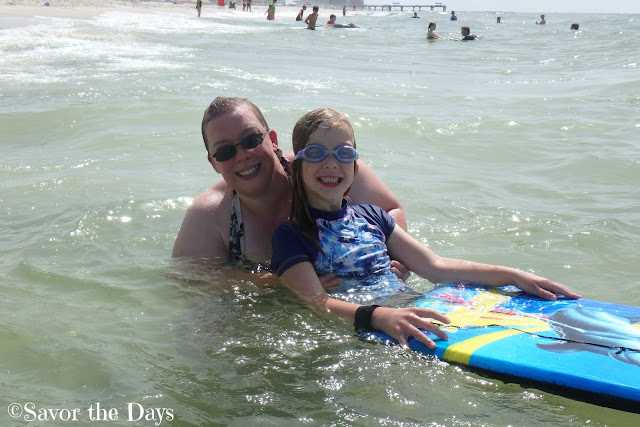 Reluctantly we had to pack up our things and head back to the room.  I love the sign at the beach entrance to the hotel... 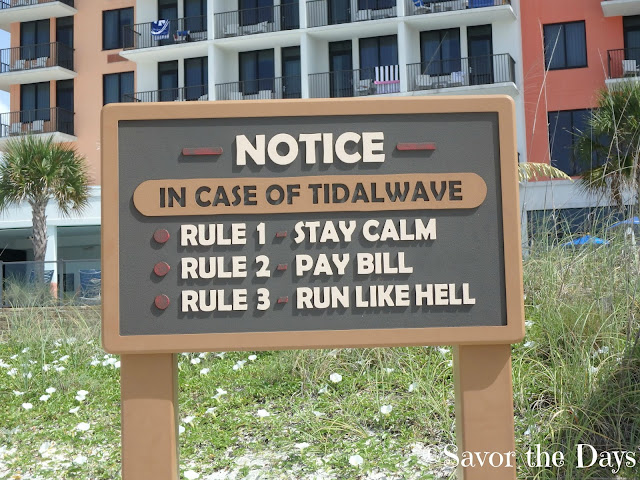 All packed up and ready to go.  There were sad faces but also promises to do this again next year! 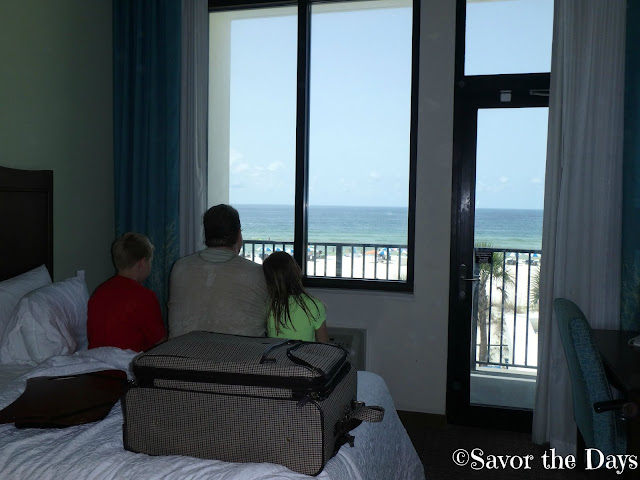