My son wanted to have a Nerf war party for his birthday.  When I asked him what he would like for a cake he said he wanted cupcakes with a Nerf dart sticking out of them.  I thought he meant a real Nerf dart but he said he was thinking they might could be made out of fondant icing and then they would be edible! Oh my!  Why does he have to be so creative?!

I've never worked with fondant but it is an icing that kind of has the texture of Play-Doh.  I've seen lots of pictures of amazing edible creations with fondant.  I was excited to learn about it and give it a try myself.

The cheapest way to work with fondant is to buy a big tub of white fondant and color it yourself. I was in a bit of a time crunch so I opted for the pre-colored kind which was a little more expensive but I found a multi-pack that had several different colors in it and then I used the regular 40% off one item coupon for Michael's so it ended up being a good deal.

I started with just rolling up a Nerf dart sized blue cylinder of fondant but I didn't really like the results.  It would be too much fondant to bite into (the kids might think otherwise) and I was worried that they would get floppy if that sat in the heat for a little while at the party.  So I looked into ways to create a firm structure in the center.  I found a blog post online that showed fondant rolled over long cylindrical cookies and I knew that would solve my problems perfectly! 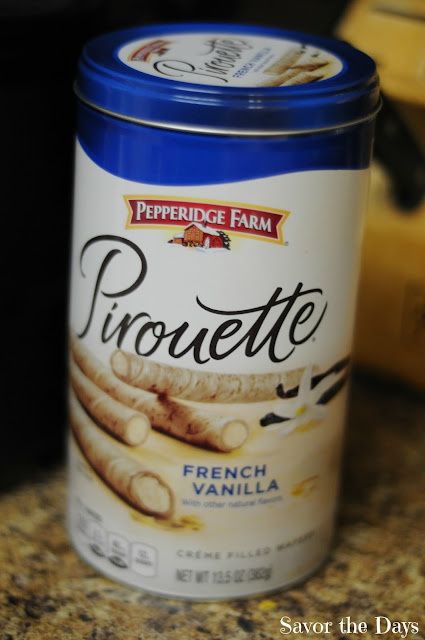 I started with rolling out a thin layer of blue fondant.  The fondant roller came with bands that you can put at the ends of the roller to control the thickness of the fondant you roll out.  I went with the thinnest one. 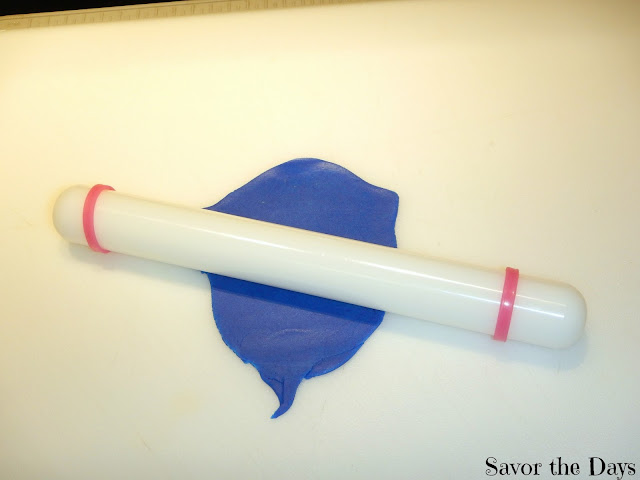 Then I placed a little bit of blue fondant over one end of the cookie and then eye-balled about how wide of a strip I would need to roll over the rest of the cookie and cut it out.  There are special tools for cutting fondant but my old faithful steak knife worked fine.  I seriously use my steak knives for everything! 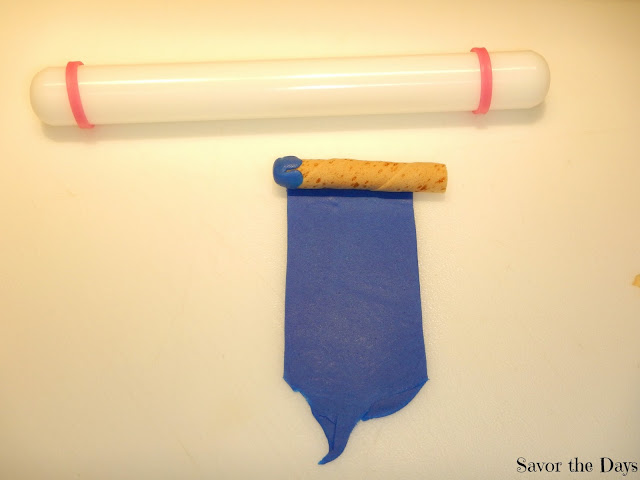 Then the fun part.  Just roll the cookie over the fondant until it is completely covered and then cut the fondant strip off.  You may have to press down around the cookie or even out a few bumps but it usually went pretty smoothly for me. 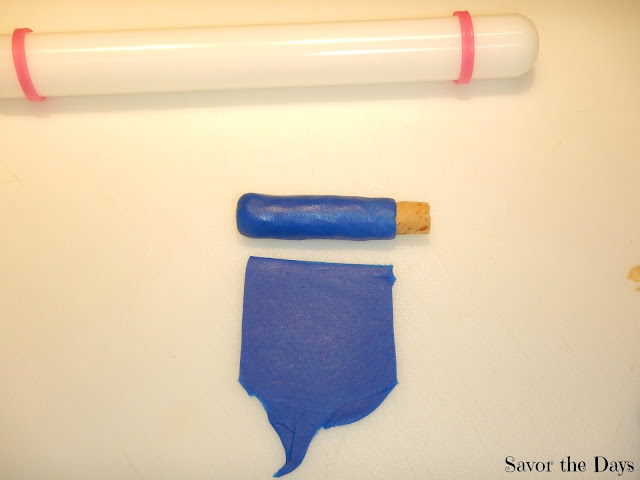 Next I put a little bit of orange fondant over the other end of the cookie and then rolled the cookie over the fondant again and trimmed. 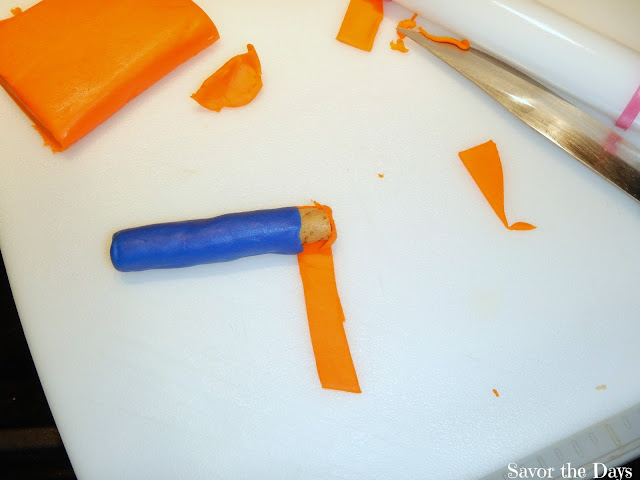 It took me a while to make the first few darts but once I got the hang of it I got a lot faster at making them.  My son decided he didn't want them sticking out of the cupcakes after.  Instead he just placed them on the guests' plates next to their cupcakes.  The kids loved them! 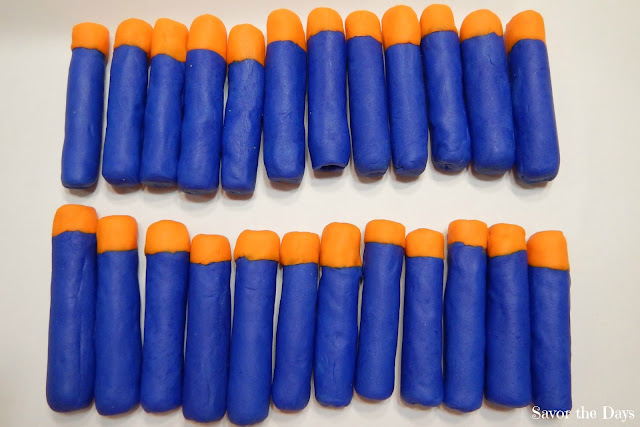 at April 19, 2017
Email ThisBlogThis!Share to TwitterShare to FacebookShare to Pinterest
Labels: birthday, food, fun with food