I'm the Parent of a Teenager!

Nicholas just turned 13 years old!  I can't believe that I'm the parent of a teenager! 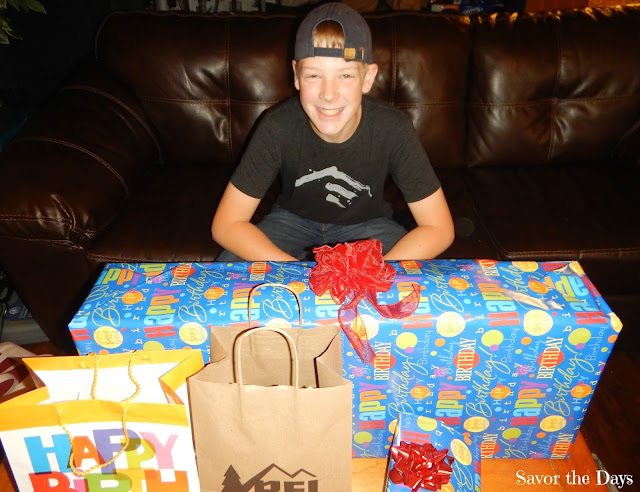 Most of his birthday gift was new gear for ice hockey.  But he still had a few presents to open on his birthday.  He always carries a pocket knife with him and Stuart picked out this new Kershaw knife for him at Bass Pro.  It was only $20 or so but Nicholas just loved it! 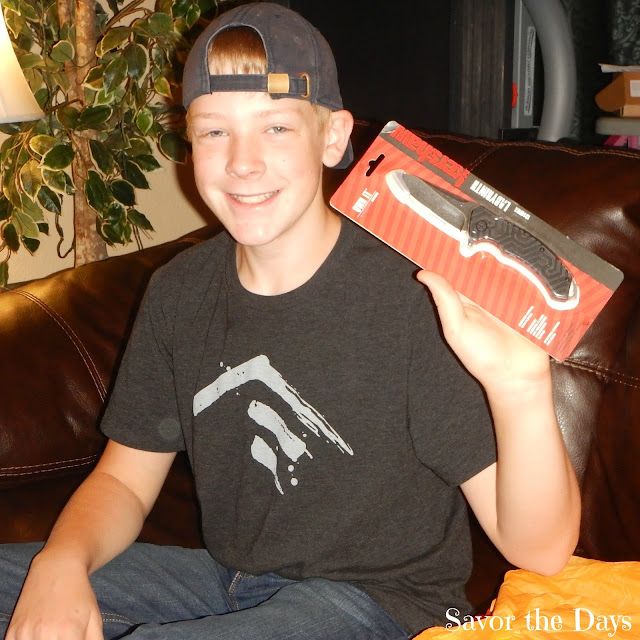 He has been begging for a multi-tool to carry around too and he had picked out this Signal by Leatherman.  It wasn't much of a surprise for him since he was there with Stuart when he bought it but he was still excited that we were finally letting him open it. 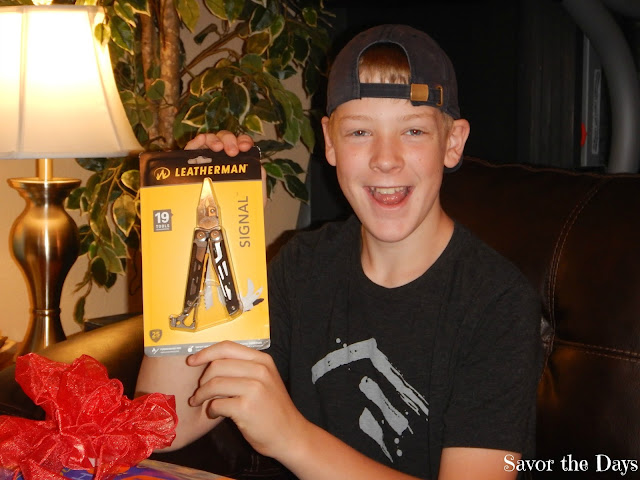 He may be a teenager but he still loves Nerf and other Nerf-like dart guns.  He is even going to have a Nerf battle with his friends for his birthday party.  He had told me about a giant dart blaster gun that he wanted but he figured he wasn't going to get it since he knew the hockey gear was really expensive.  He was really surprised when he opened up the box and saw the gun in front of him. 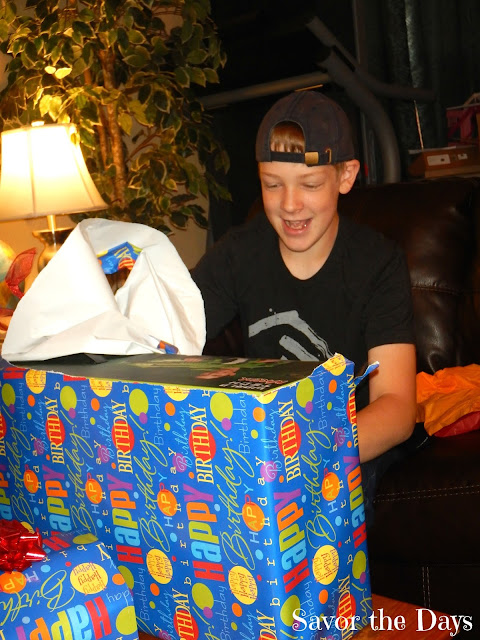 Ok, seriously?  Is it big enough?  How is he supposed to carry that thing? 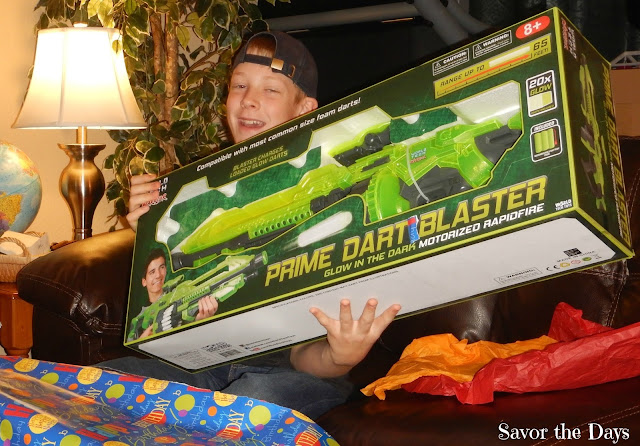 He got a card and cash from family in Louisiana. 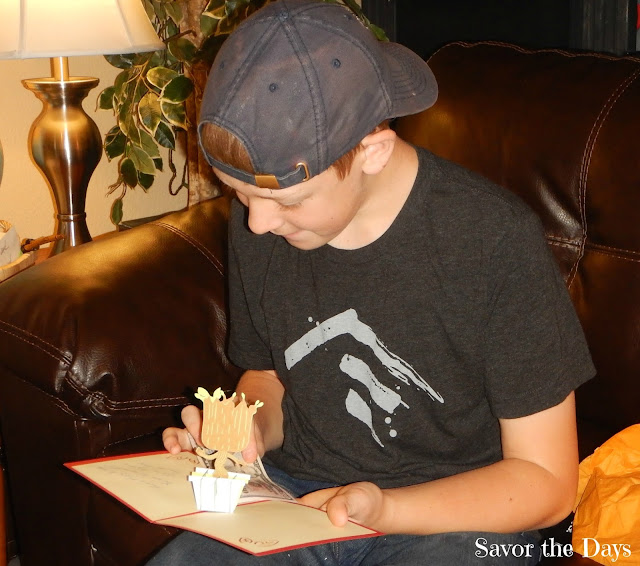 And his final present was a cool knife sharpener.  I love how surprised he was! 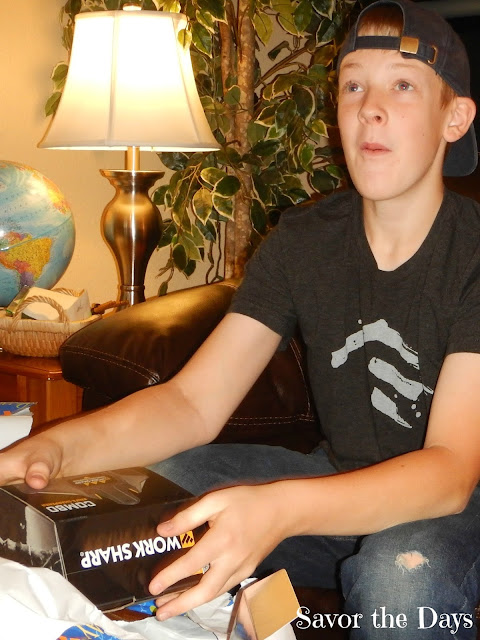 He opened presents in the morning and for the most part we took the day off from our homeschool.  We had dinner then went to our C3D meeting.  When we got home around 9:00 that night, he finally got to enjoy some of his birthday cake. 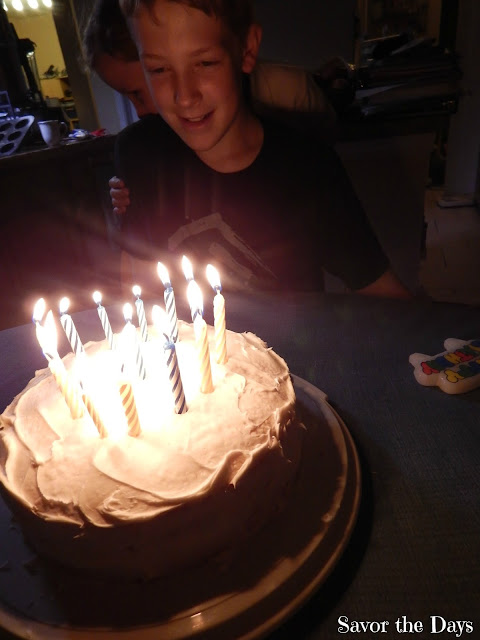 He asked for a half strawberry/half vanilla cake with vanilla icing.  This kid can never just be simple!  God has great things planned for him, I'm sure. 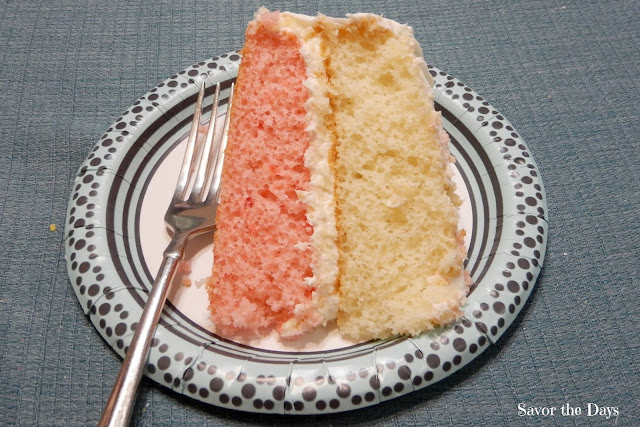 Happy Birthday, Nicholas!  You have such an amazing spirit and joy for life.  We are truly blessed to be your parents.  We love you!
at April 17, 2017
Email ThisBlogThis!Share to TwitterShare to FacebookShare to Pinterest
Labels: at home, birthday, Nicholas