Outings All Around The Metroplex

There are always so many fun outings and activities in the area that there are often multiple events happening on the same day. Today was no exception. Stuart was working as the event photographer for an Appaloosa Horse Show in Waco so it was just me and the wee ones.

We started our day by heading up to Denton for the Tejas Storytelling Festival. I can't tell you how excited I was about this. We've heard about this festival in the past but haven't been able to attend until this year. It fits in perfectly with all of the storytelling that Nicholas and I have been doing lately. We takes turns making up stories and telling each other. Sometimes we give each other some guidelines for the story such as who the main character should be or what kind of suspenseful event happens in the story. Other times we just ramble on freely and make it all up as we go along. I love that we spend our drive time in the car this way instead of just putting in a movie on a DVD player to keep him quietly mesmerized. It's a great way to encourage creativity and imagination. 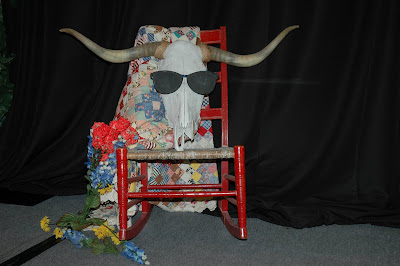 We saw the first storyteller. She was great but Nicholas got bored with her "adult story". So we slipped out the door and went into the next room where there were stories presented by and about Native Americans. We were enjoying it but suddently Rachel decided that she wanted to babble and sing her loud squeaky songs, which really aren't appreciated during storytelling time, so we stepped out for a few moments to let her get her babbling out of her system. By then it was time for the storyteller that I really wanted Nicholas to see. His name was Alex and he was about 10 years old. He got up on stage in front of our large group of people, mostly adults, and told a wonderful story about a 'snot-nosed kid'. He was a great storyteller and his story was really cute. But most importantly, I wanted Nicholas to see that little kids can be great storytellers and entertain kids and adults alike. Nicholas was impressed seeing the little boy on stage and he was excited to get to meet him afterwards. 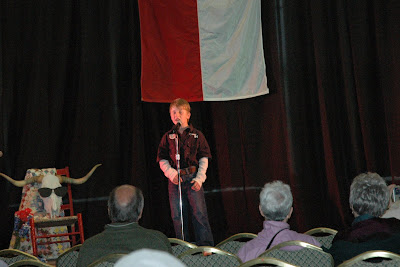 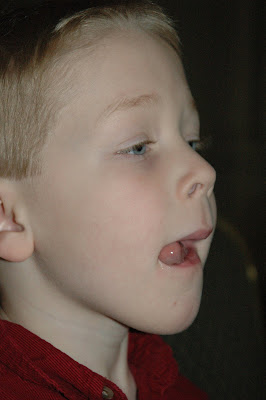 The next storyteller was Michael Parent. He started off playing his guitar while singing a song about a rhinoceros, complete with audience participation. Then he told a cute story called, "Josephine and the King". He made it extra fun by adding juggling tricks throughout the story. 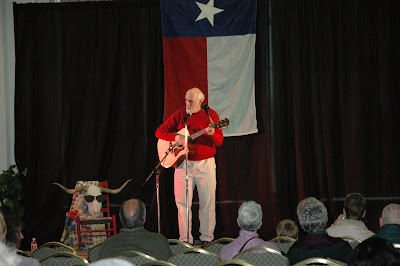 Next we drove down to Dallas to go to the Texas Discovery Gardens for the Conservation in Action fair. It was such an awesome event for kids! We learned about recycling, water conservation and the environment through great educational activities and exhibits. Nicholas recycled his water bottle and turned it into a terrarium and planted native Texas wildflower seeds in it. We made recycled paper, a water cycle bracelet, and a recycled art project out of plastic grocery bags. We got free hot dogs, popcorn, T-shirts and other cool stuff like a magnifying glass on a string necklace, a reuseable shopping bag, a toothbrush holder with a built in hour glass timer, a shower timer, a recyling wheel, and a compass.

Some people like to leave the water running in the sink while they brush their teeth. But we learned that if you turn off that water, you can save 5 gallons of water. 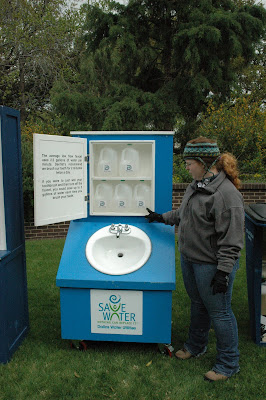 We also learned to take shorter showers. Did you know that a 10 minute shower can use up to 100 gallons of water! Wow, that's a lot of water. 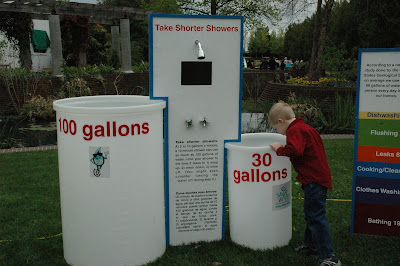 After the event, we spent some time in the gardens. Nicholas loved the fountain the most! 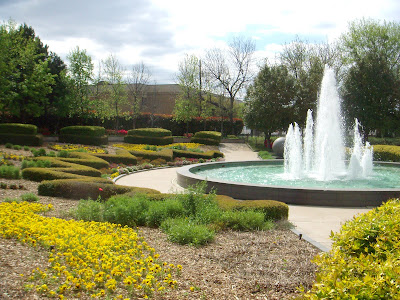 Nicholas made some new friends and they had fun looking at bugs with their magnifying glasses! 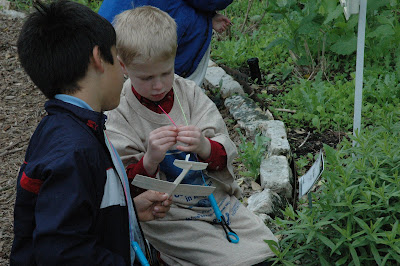 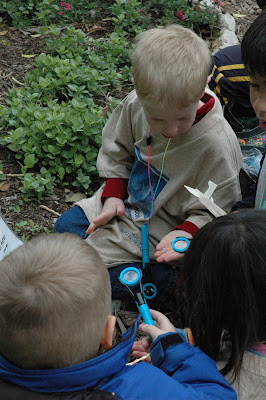 Nicholas even used my Coolpix camera to take some great pictures of his own! 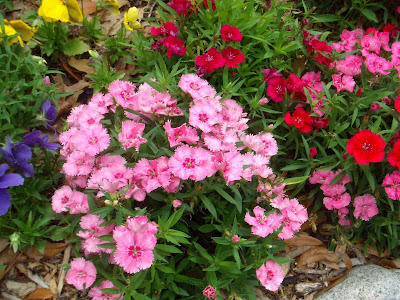 Next we wanted to do some exploring so we drove just a little farther out to Kids Quest playground in Mesquite. It's another big wooden playground like we love so much. 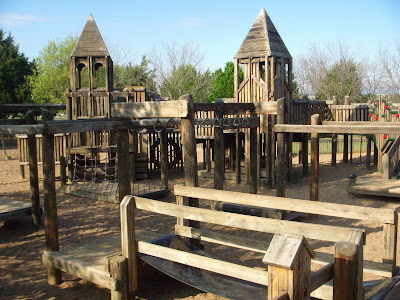 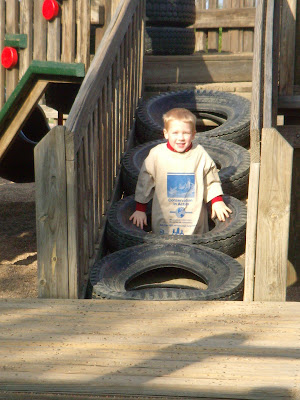 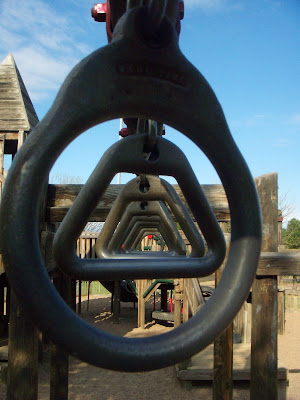 I even let Rachel play some music with her feet on one of the music stations. 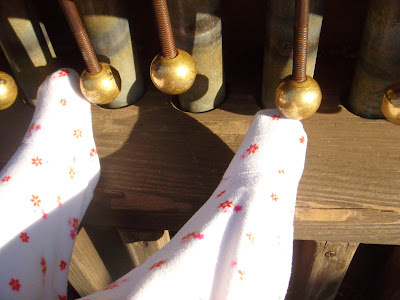 We had a great time and Nicholas even made a new friend named Jackson. Jackson just turned 4 years old a few months ago. He stopped to have a snack with his Daddy but, like Nicholas, he wanted to play more than eat. Even though his Daddy told him not to, Jackson shoved his entire grape flavored fruit roll-up into his mouth and ran off to play. It didn't take long for trouble to begin. Jackson started choking and having a hard time breathing. He spit out a little bit of fruit roll-up but it didn't fix the problem. He had panic in his eyes and so did his Dad. I suggested the Heimlich Maneuver and the Dad tried it but seemed to scared that he might hurt his little boy more by doing it. But the boy's face was starting to lose it's color so I called 911. As the ambulance and fire truck were showing up, Jackson finally coughed up the giant chunk of purple goo he had been choking on. Thank goodness this story ended well. But it was a good opportunity for me to talk to Nicholas about obeying us even when he doesn't understand why we tell him not to do something as well as not shoving too much food in his mouth at one time. Of course, the Dad and I also talked about this being a good lesson for us as parents in that we need to be prepared for anything. I think a refresher course in child CPR is in order!
at March 29, 2009
Email ThisBlogThis!Share to TwitterShare to FacebookShare to Pinterest