Kidding Around with Uncle Steve

Uncle Steve is so awesome with Nicholas. I think he's just a big kid at heart so he has as much fun as Nicholas does - although he seems to get tired more quickly than the little guy!

Steve and Nicholas had fun at Going Bonkers which is this incredible indoor climbing facility. Steve said he was feeling guilty for not getting any exercise since he had been here but chasing Nicholas around the playground for a few times made up for it. 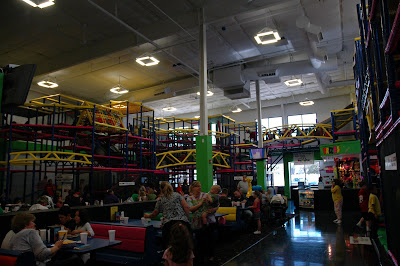 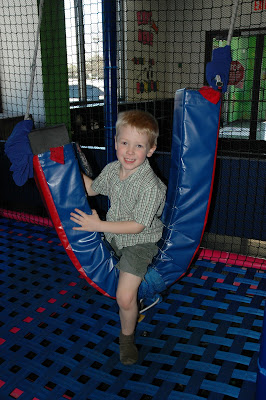 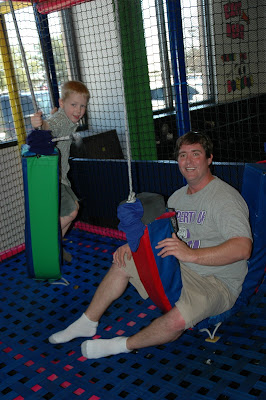 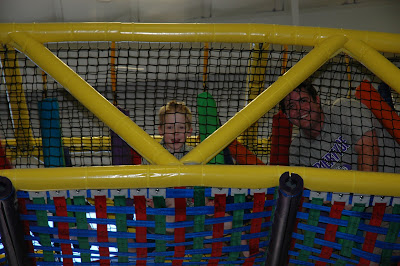 They also had fun at Wazoo's which is a huge room with 8 giant bounce houses and inflatable obstacle courses. Nicholas loves Wazoo's and even had his birthday party there last year. 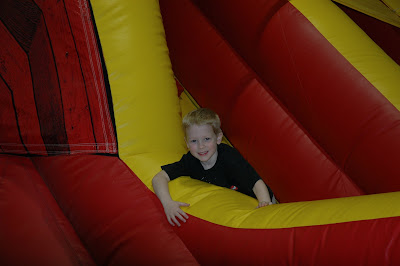 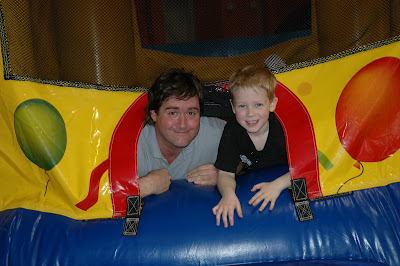 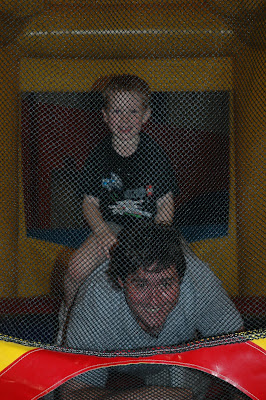 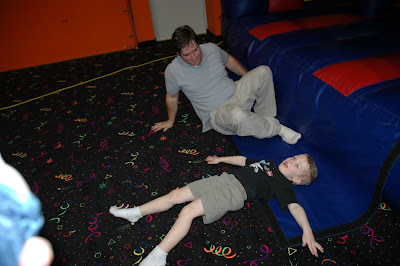 Steve was impressed with all of the fun activities for kids in this area. We certainly love it here!

Steve left this afternoon to go back to Louisiana so we drove him back to the airport. Here's a picture of him in the back seat with Nicholas and Rachel. 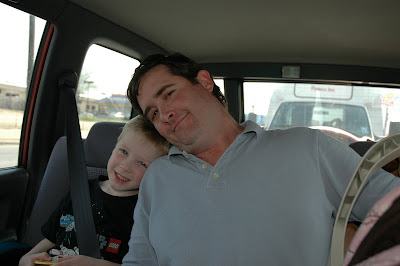 Steve was such a good sport. He rode in the back seat for much of his visit. He was squished between the two car seats but Nicholas wanted to sit beside him so Steve was a sweet uncle to oblige.

Of course, this sad picture was taken after we dropped Steve off and we are driving out of the airport. We miss you already, Uncle Steve! 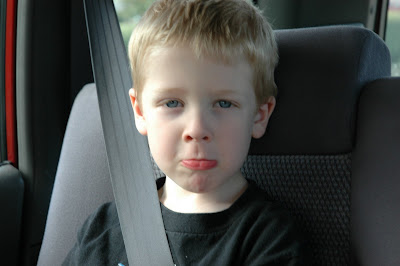 at March 19, 2009
Email ThisBlogThis!Share to TwitterShare to FacebookShare to Pinterest