Rachel is 17 months old today! Wow, times flies when you're having fun (and sleep deprived)!

Rachel is doing better with feeding herself - although here she chose to just scoop up some warm grits with her finger. 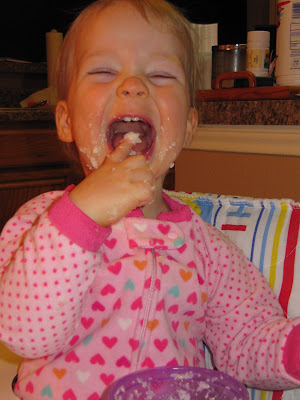 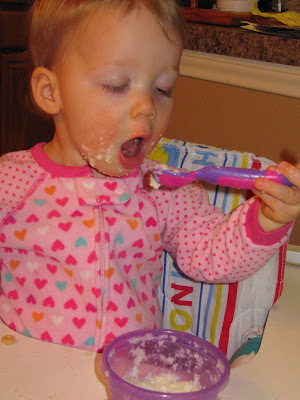 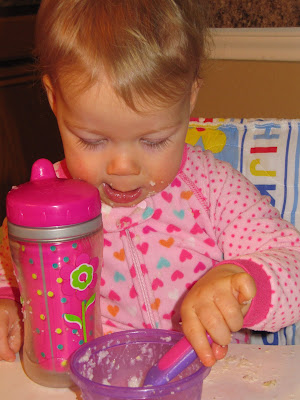 And she still has bouts of dumping food, like this fruit cup, on her head. 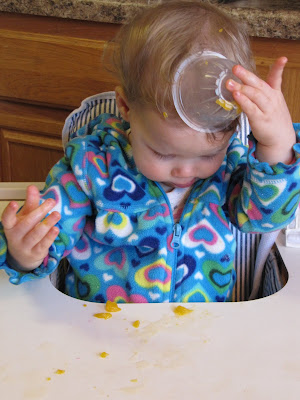 She was quite proud of herself when she stacked her sippy cup on top of the yogurt cup! 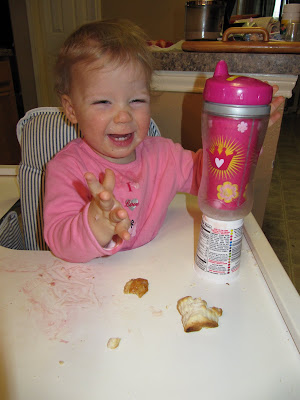 I went shopping for some new bras recently. Rachel helped me pick some out. As I would push her stroller past a display table, she would reach out and grab for anything she could get. She would usually grab a bra or panties and put them around her neck and then smile as we travelled around the store as if she was proud of her new undergarment! Everyone in the store thought she was so cute and funny! I guess she's trying to start a new fashion trend. 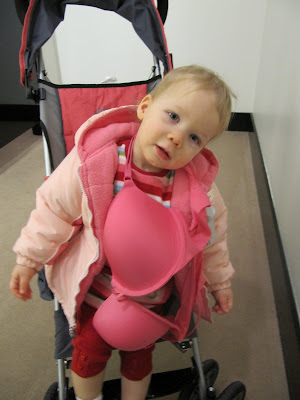 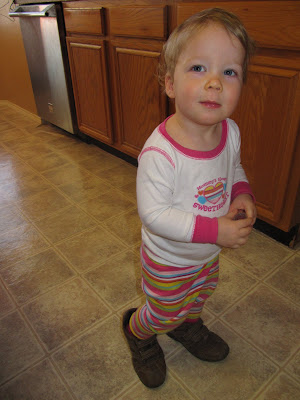 She loves to buckle the seat belt on her booster seat whether she is in it or not. She will buckle it but she can't unbuckle it so she grunts a little and points to it until I go over and unbuckle it. Then she buckles it again and we play this game 50 more times. Of course, her she is buckling her seat belt while wearing Nicholas' shoes. 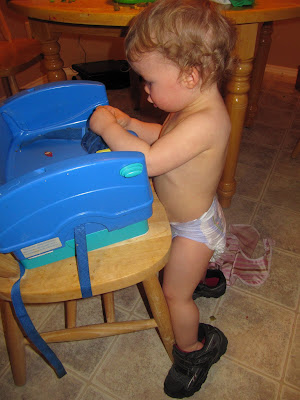 Like her big brother, Rachel loves stickers. Any kind of stickers that might be lying around are her favorites. She takes Nicholas' stickers and she even takes my file folder label stickers out of my desk. She then proceeds to stick them all over herself and anyone and anything around her. 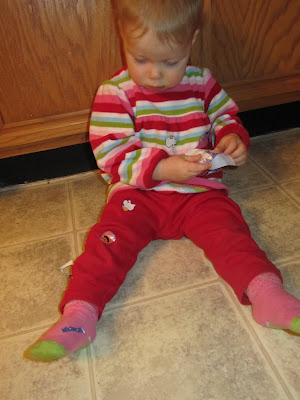 I'm afraid that Rachel needs a special chair of her very own. She likes to sit on things. She loves a little outdoor chair that Nicholas has because it's small and just her size. But she also enjoys sitting on top of the garden in her activity center (even when all of the toy vegetables are sticking out waiting to be harvested). Here she made herself quite comfortable by sitting on top of Nicholas' remote control car. 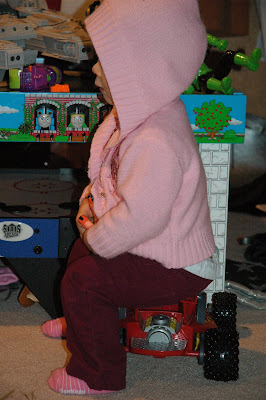 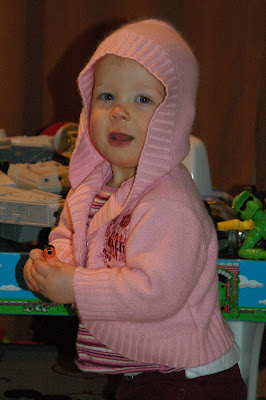 Nicholas and Rachel still play together really well. Rachel will always go around the house looking for Nicholas. She got upset when he went into the bathroom and closed the door without letting her in too. So he kept playing with her by sticking his fingers out from under the door. She seemed confused at first but then caught on and started giggling as she tried to catch his fingers. 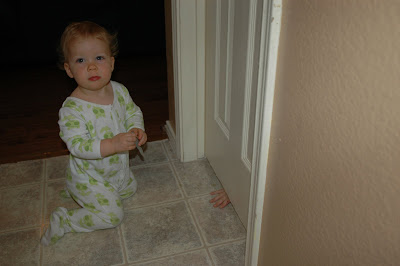 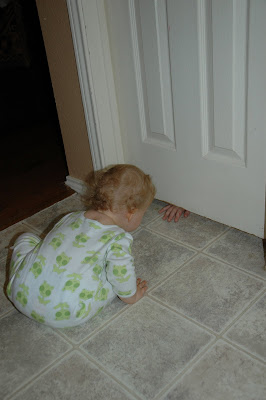 Rachel loves to push things around the house. She got a Wheely Bug for Christmas which is intended to be a ride-on toy. She rides on it occasionally but usually she can be found pushing it around the house as she walks behind it.

I take her to a monthly Kindermusik class at Brilliant Sky Toys in Highland Village. This is how we spend our time while we wait for class to start...

She is trying to talk and saying a few new words every week, usually repeating something that we just said, although sometimes she is very hard to understand.

She loves to play outside but what kid doesn't!

She is very much a toddler and will throw a fit to show you and everyone around you that she is not happy about something. Recently on a trip to Wal Mart, she was getting bored and fussy as I was finishing up my grocery shopping. I grabbed a bottle of Gerber puffs which is a baby snack that she enjoys and then rushed for the checkout lane. I opened the puffs before we had even paid for them in hopes of getting her to calm down. It didn't work. Instead she wiggled and pushed herself out of her seat belt in the shopping cart and proceeded to stand up in the cart. Well, of course, I tried to talk to her nicely as I put her back in her seat and then promptly tightened the seat belt more. She threw such a fit! I tried to offer puffs again but she batted her hand at them and half of the brand new bottle spilled all over the floor. I apologized profusely to the little guy at the register. He didn't mind at all but the grumpy old man in line behind me gave me the evil eye. I left the store realizing that I had just become THAT mom who can't control her screaming kid in public!

She really is a wonderfully sweet little girl and very rarely throws such a fit as this. And that incident was actually my fault for keeping her out when it was her nap time. But she does speak up when she is not happy and on more than one occasion she has flopped down on the floor or arched her back and wailed in protest of not getting her way. We just smile and ignore it and she quickly gives up the fight.

Aaah, the joys of toddlerhood!
at March 20, 2010
Email ThisBlogThis!Share to TwitterShare to FacebookShare to Pinterest