To go along with the leprechaun rainbow theme for St. Patrick's Day, we opened up this candle rolling kit that Grandmother C. found at Magic Cabin (my new favorite place to shop!). I love the rainbow of colors that the beeswax sheets come in. 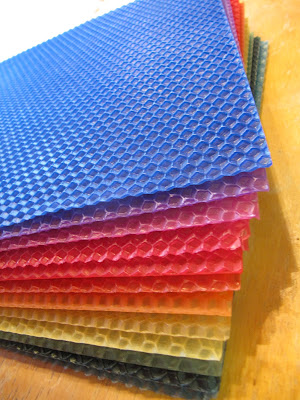 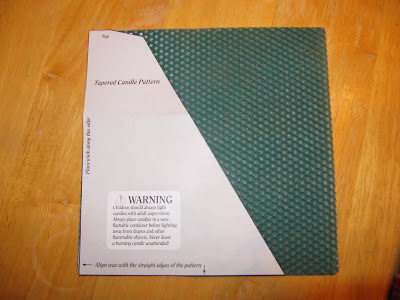 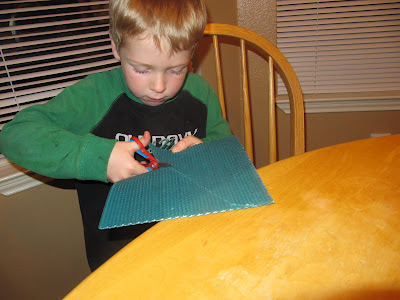 Next we cut a piece of wick to fit our candle with an extra inch for lighting. Then Nicholas started the rolling process by crimping one side of beeswax over the wick. 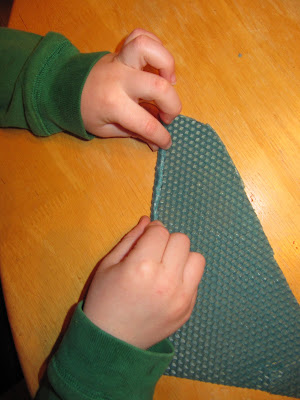 Then he rolled the rest of the beeswax over the wick until he had a finished candle. 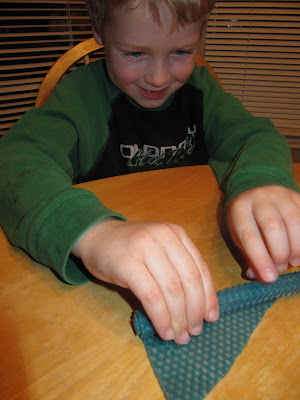 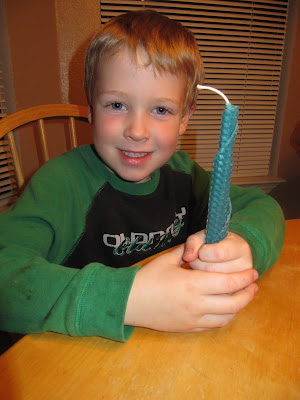 I lit the candle for him. At first the flame was only burning the wick so it was a very small flame. But as the flame hit the first drop of melted wax, it suddenly burst into a real flame and Nicholas' eyes popped with surprise. Then he just got more excited as he saw his own candle burning "like a real candle". 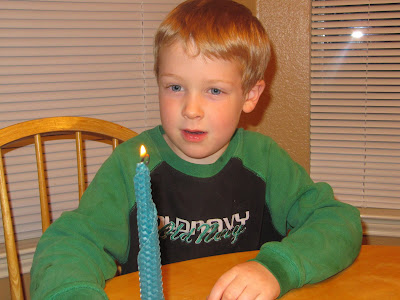 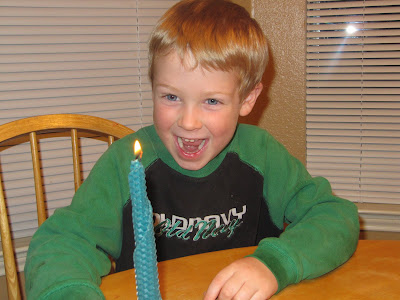 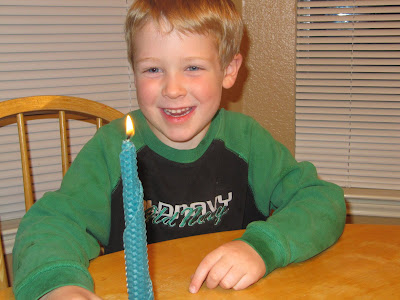 Of course, my boy must play so then he moved on to seeing how many different ways he could blow out his candle! 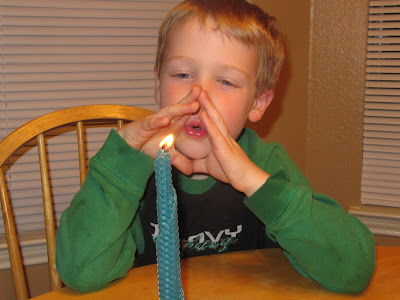 Nicholas is really proud of making his first candle. Sure, someday we'll move on to actually melting wax and pouring it into molds. But I'm not ready to deal with melted wax and a busy 5 year old so for now I love the simplicity of rolling beeswax sheets into candles...and so does Nicholas! 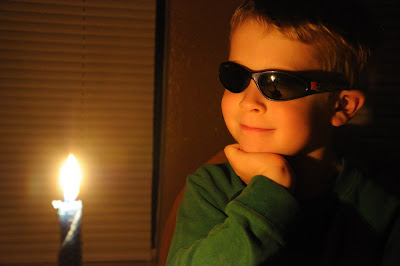 at March 18, 2010
Email ThisBlogThis!Share to TwitterShare to FacebookShare to Pinterest