We just learned about a fun opportunity! Each month the Lego store has a FREE Mini Model Build event. How cool is that? Did I mention that it's FREE? You don't have to register, just show up. They have these on the first Tuesday of every month starting at 5:00. What makes them especially fun is that the model for each month has a theme. The theme for March is a shamrock for St. Patrick's Day!

Even though the event doesn't start until 5:00, we got there at 4:30 so shop a little before the event. However, there was already a line started for the mini model build. 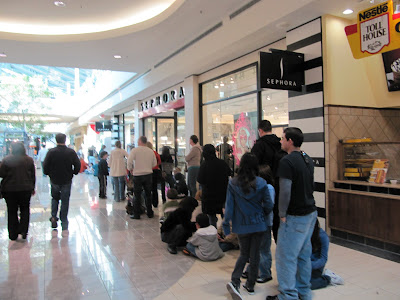 The line started at the door of the Lego store and continued past the Sephora store and to the end of the Nestle Toll House Cookie counter. We decided we had better go ahead and get in line. Well, we were standing right by this Nestle display case for 30 minutes...of course, we had to get a cookie (or three)! 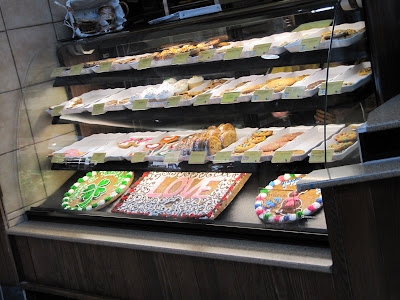 At 5:00 the line started moving. The Lego employees did a great job of managing the number of people in the store. They had a few tables set up in the middle of the store for the mini model build and plenty of room in the rest of the store for the regular shoppers. They kept track of how many kids were at each table and they would only call more people from the line when they had room for them. It was really well managed. Thank goodness because I had Rachel in her stroller and I really wasn't up for a mob session or having to worry about pushing someone over with the stroller as I tried to keep up with my fast little 5 year old.

At the table, there were several sets of the instructions taped around the table so everyone could easily see them. Each child had a little pile of the Lego pieces they would need for the build. It was easy to just jump right in and get to building! 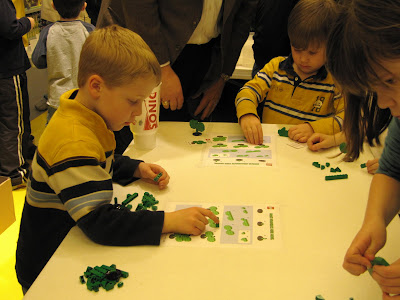 There was an employee at each table available to help with the build. But it was an easy project with only 23 pieces so Nicholas didn't need any help. 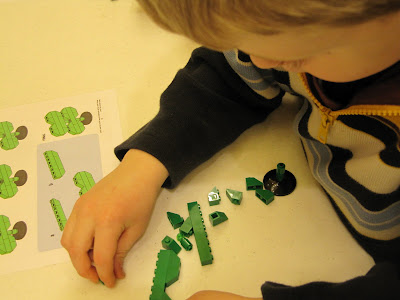 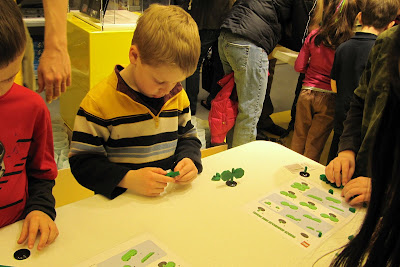 He is very excited about his little shamrock that he built himself. 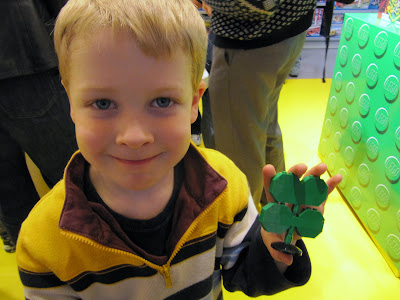 Of course, once you are at the Lego store, you must shop in the Lego store. We were there another 30 minutes after the build just playing and making up a birthday wish list.

I noticed as we were leaving at about 5:45 that there was only one person still in line. I think next time we'll just wait and come later so we can go right in. That's just easier for me than waiting in line when I've got an antsy one year old who wants to get out of the stroller after 20 minutes. I saw a sample of the build for next month. It's a cute little yellow chick just in time for Easter!
at March 03, 2010
Email ThisBlogThis!Share to TwitterShare to FacebookShare to Pinterest