We spent most of the day in Gainesville at the Frank Buck Zoo. It was $1.00 admission in celebration of Frank Buck's birthday. Can't beat that!

We were planning to get there at 10:00 when they opened the gates so we would be ready for the public giraffe feeding at 10:30. But of course, as we are all loaded up in the car, there is a return inside for a potty break, then as we get down the street we have to turn around for a forgotten sippy cup, and then again for the St. Patrick's Day napkins that will surely be needed with the rainbow cupcakes that we are bringing. So we arrive at the zoo about 10:20 to be greeted by a long line of cars and an even longer line of people waiting to get in the gate. Oh yeah, it's spring break and everyone likes to take the kids to places that only cost $1.00. What was I thinking? We finally make it through the gate. Nicholas wants to look at the flamingos and the monkeys. Nope, no time for that. Let's book it over to the giraffes now so we can get a chance to feed them. Hurry! Hurry!

Here's the two giraffes. Aren't they beautiful? Unfortunately, this is as close as we got to see them (and this picture is taken at full zoom!). 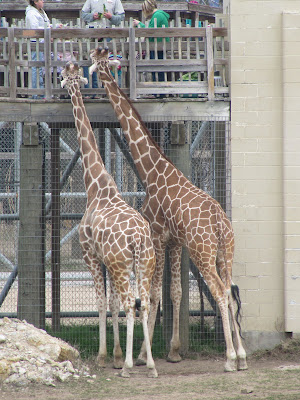 After rushing and hurrying to get to the giraffes, we got to wait at the end of this very, very long line. Do you even see the giraffes at the front of this line??? From what I understand you get up there and you can buy a piece of lettuce for a dollar and then feed it to the giraffes. I don't think they would still be hungry for lettuce by the time we made it up to them but we waited in the line nonetheless. 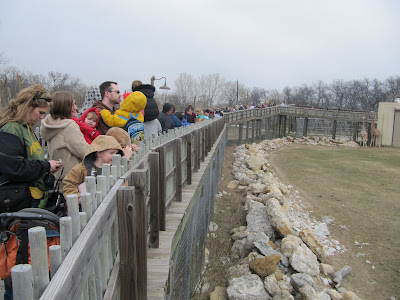 After a while of standing around hardly moving, Nicholas informed me that he didn't want to have to actually give the lettuce to the giraffe. He asked if he could put it in a bucket or just put it on the deck and the giraffe could eat it from there. He didn't say why but I know that he gets afraid of animals sometimes and probably thinks the giraffe would eat his finger or something like that. And then he reassured me that he would let me feed the giraffe his piece of lettuce for him. I told him that Mommy wasn't waiting in the really long line so that I could feed the giraffe but this was really something for him because he had said that he wanted to do it. He said ok but seemed pretty reluctant about the whole thing. Shortly afterwards, our friends who were a little farther ahead of us in the line, decided that they didn't want to wait in the line anymore and they left to go see the rest of the animals. Nicholas seemed relieved when I asked if he wanted us to go with them instead of feeding the giraffes.

It was a pretty chilly morning so we were all bundled up but that didn't slow us down. This was Rachel's first time at a zoo so she was just fascinated by all of the animals. 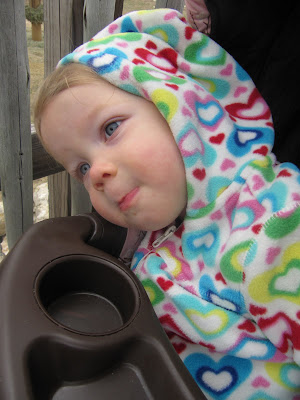 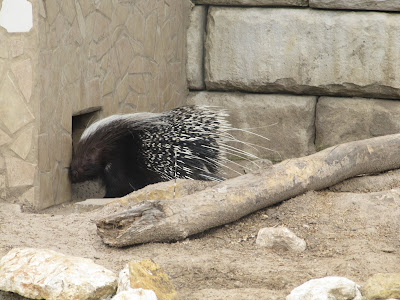 Yet he's afraid to pet this... 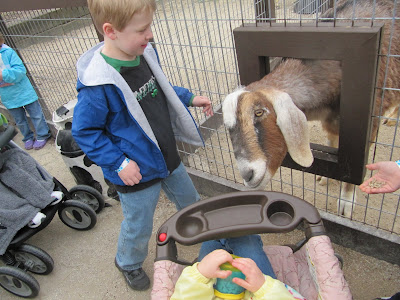 Nicholas did actually pet one of the goats. I was amazed because I know he is afraid of petting zoos and never wants to pet a big animal like this. He did act a little silly about it and it took several tries for him to get up enough courage to touch the little guy. But he did and I'm proud of him...but seriously, where did he get this odd fear of animals from???

Mommy loves watching the majestic bison - but I prefer to watch them in open fields instead of these little fenced in zoo cells. 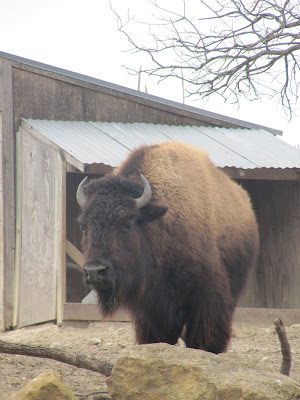 Oh my goodness! That giraffe looks just like Nicholas! 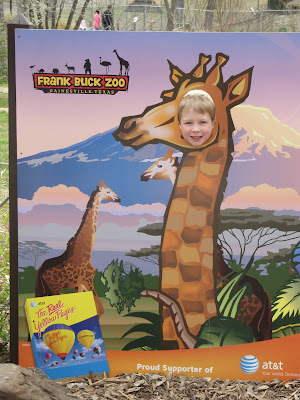 After the zoo, we had a nice lunch under the trees with our friends and finished off the meal with rainbow cupcakes. Rachel just enjoyed licking the icing off. 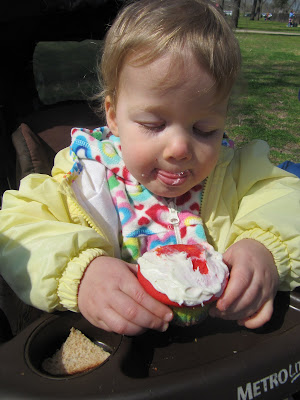 Then we played at the gigantic wooden playground fort. It was crazy how many squillions of kids were running around, screaming, laughing, and having fun at this playground. It was quite loud and active which made it hard for me to keep an eye on both kids at once but everyone made it back safe and accounted for. 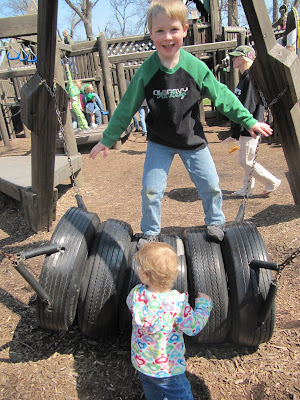 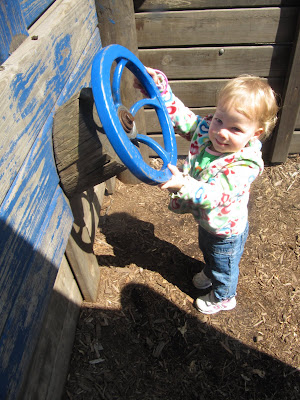 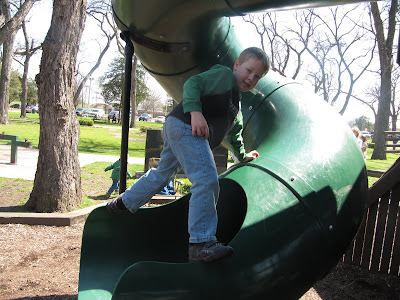 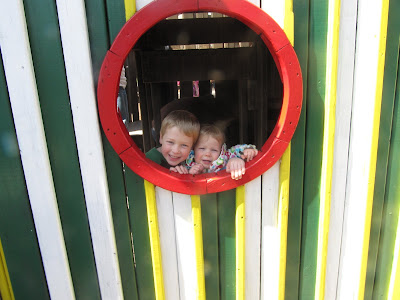 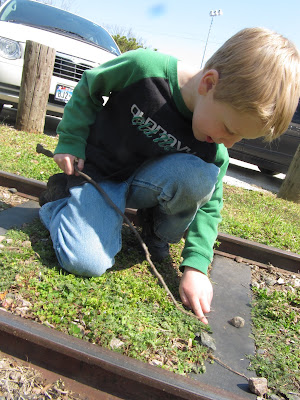 We had a great St. Patty's Day visiting with animals at the zoo and hanging out with our friends!
at March 17, 2010
Email ThisBlogThis!Share to TwitterShare to FacebookShare to Pinterest