I love science and working with magnets is always fun to me. Yes, I'm a total nerd :) I found a cool magnet project in one of my idea books and couldn't wait to get started on it. We created a stage with characters that move around with magnets. Here are the craft supplies. 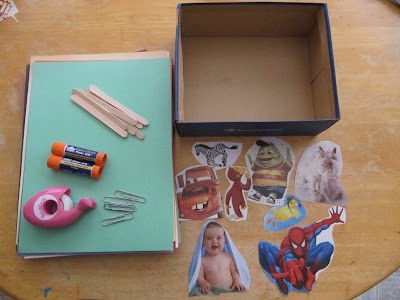 We found a small shoe box and I cut off one side. I left a little edge on the side that I cut off just to maintain some structure on that side. 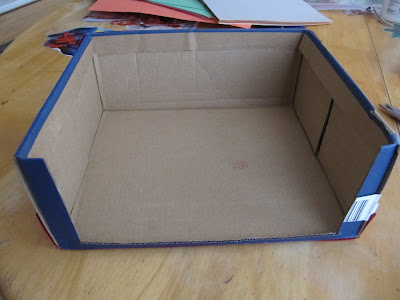 Nicholas named the stage "The Funny Stage" and wrote the marquis for it. We also wrapped the stage in red construction paper just to give it a more finished look. 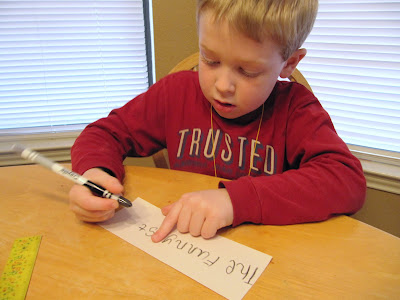 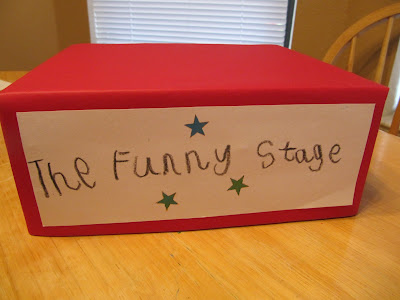 Our actors were cute characters cut out of magazines. We cut out a base from construction paper. It's just a little square for the character to stand on. Then cut out a strip of paper and attached one end to the character and the other end to the base. We thought about using popsicle sticks to give the characters more structure but decided they would be fine without that extra weight. 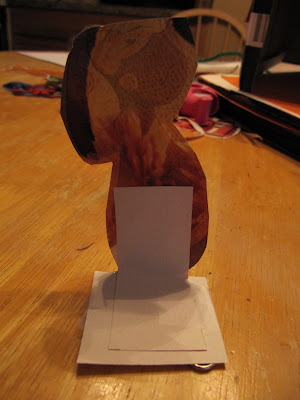 Next Nicholas taped a metal paper clip to the bottom of the base. 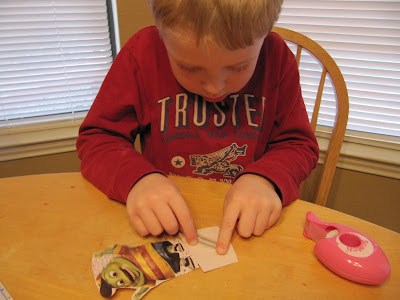 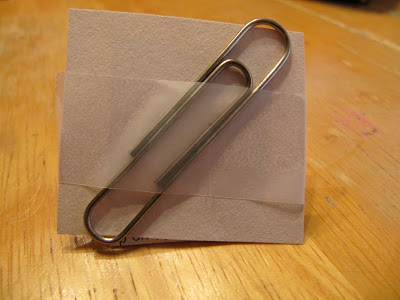 Voila! His characters were ready to take the stage! 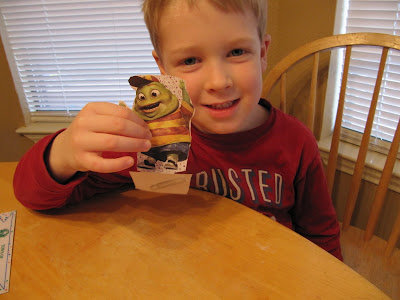 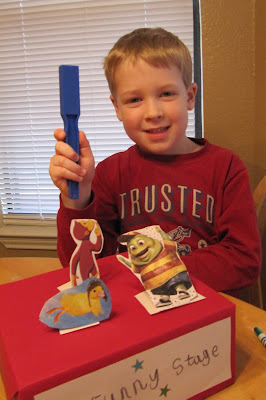 Here's a clip of Nicholas explaining how the stage works. I love his creativity and how he came up with another use for the stage on the spot.

at March 23, 2010
Email ThisBlogThis!Share to TwitterShare to FacebookShare to Pinterest