More Fun With Dirt and Seeds

March 30, 2010
This afternoon Rachel was still wanting to play with the stickers from our class this morning. So I gave her the little pot she has started working on and let her stick some more stickers on it. But again, she ripped them off as soon as she put them on. 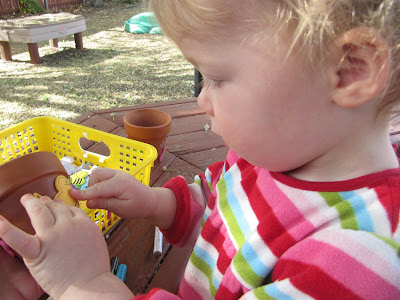 When she decided that the paint pens were more fun to play with than the stickers, I had to take the whole tray away. Too much potential for a big mess. 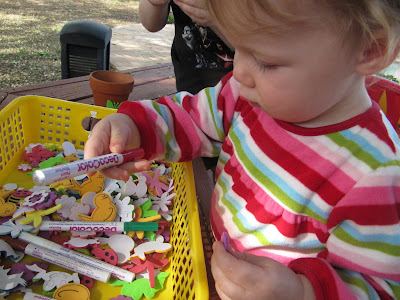 Nicholas did a great job painting his pot and decorating it with stickers. 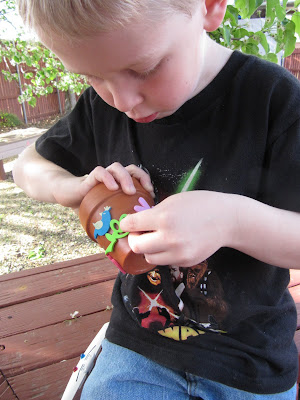 Of course, they both loved playing in the dirt! 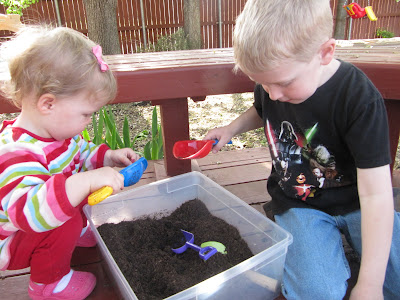 Nicholas neatly filled his pot with dirt and planted his seed. 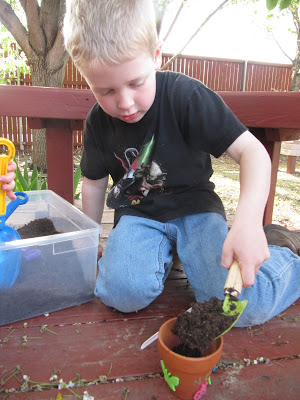 Rachel was not so graceful with the shovel and spilled most of it everywhere. 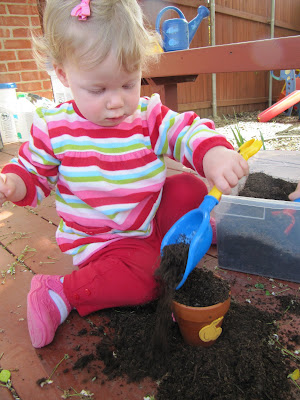 But what was really neat was that after Rachel knocked over her pot for the billionth time, Nicholas said, "Don't worry, Rachel. I'll help you with that." And he cleaned up her mess, filled her pot with soil, and then gave her a seed to plant. Such an awesome big brother! 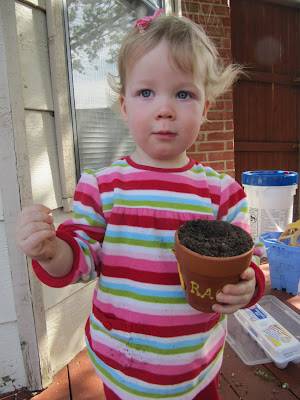 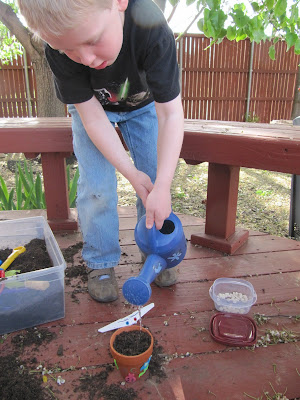 Nicholas let Rachel try to water her own pot but that didn't go so well. She spilled a bunch of water on the deck which, mixed with the spilled soil just made a big muddy mess....which Rachel promptly enjoyed marching in and then sat down smack in the middle of the puddle of mud! 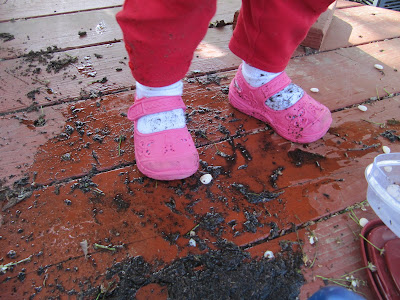 Then Rachel decided to plant some lima beans in the watering can... 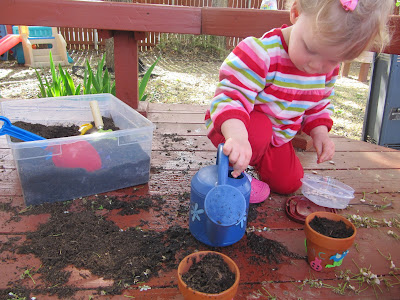 ...as well as in the cracks between the boards in the deck. I sure hope there isn't enough sunlight getting down there to grow lima beans. We'll know soon enough when a giant beanstalk pushes it's way up out of our deck!