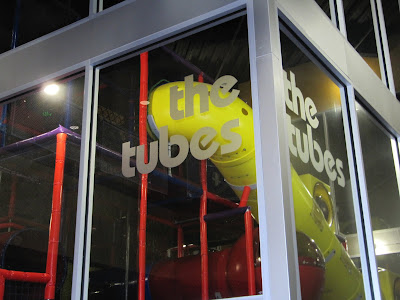 Daddy had a photo shoot at the house today so I had to get the kids out of the way for a few hours. Unfortunately it was cold and rainy so our typical trip to a playground was out of the question. I decided that we would check out The Tubes at Irving Bible Church, 2435 Kinwest Parkway in Irving. We don't attend this church but I had heard that The Tubes are a fun place for kids to play and best of all, it's free! 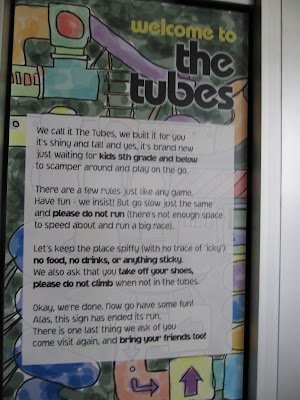 It is a giant climbing playground but bigger than what you find at most McDonald's. It is open to the public seven days a week from 8:00 am to 10:00 pm. It is off to the side of the main lobby so I guess they are open as long as the church is open. However, there are no designated staff in this area so parents must keep a close eye on their kiddos at all times. The Tubes are completely enclosed by glass walls but there is a door on each side which makes for quick escapes for toddlers wanting to wander. There are benches to sit on inside The Tubes but there are also tables and couches just outside The Tubes as well as free WiFi. There is also a little cafe in case you get the munchies after burning off all of that energy from climbing. 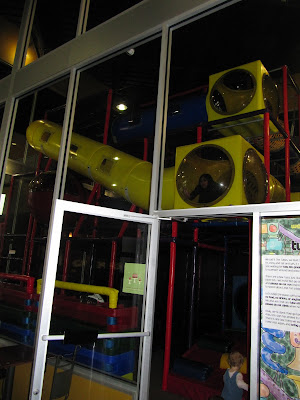 I tried to get some pictures of Nicholas climbing but it was hard to keep up with him in the maze of tunnels and slides. 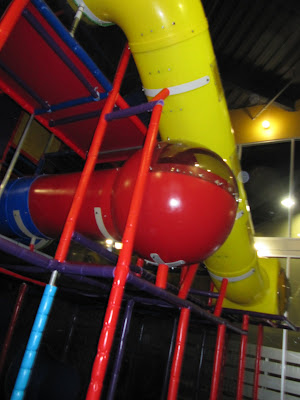 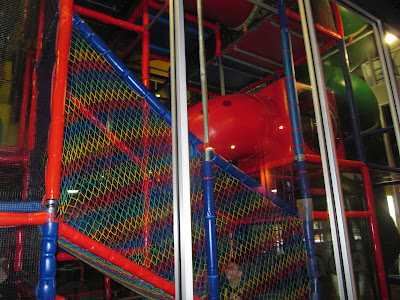 Rachel spent most of the time in the small toddler area in The Tubes. It has big foam blocks to climb and slide on. There are big blocks that spin around. 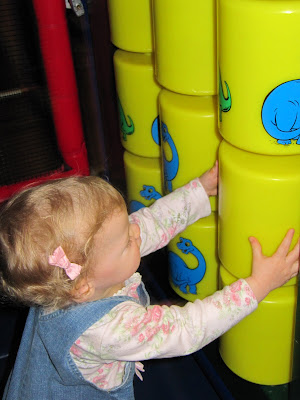 And a big tunnel to crawl through... 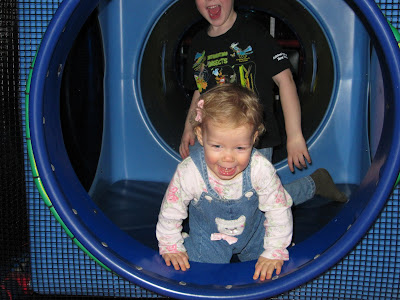 I tried to get a picture of my two little ones together but the toddler couldn't sit still long enough so these two are the best that I could get. 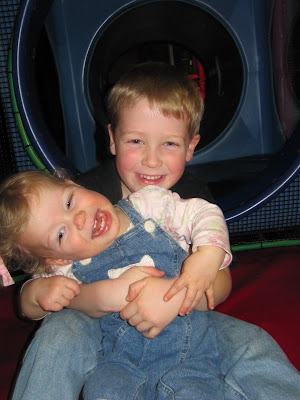 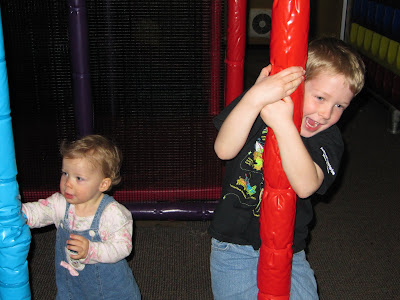 Once the kids got their fill of The Tubes we wandered around the lobby some. There is a small children's area next to The Tubes that was entertaining for a little while. The fish tank was neat to look at but the fish kept hiding - wouldn't you if you had 8 kids looking at you through the glass? 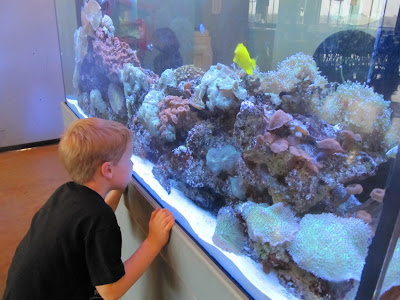 Rachel was fascinated with the elevator button. She didn't care to actually get on the elevator when the doors opened. She just liked pushing the button to make it light up. 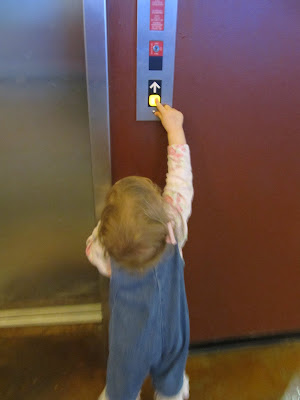 There was a fun house type mirror that all the kids had fun with. 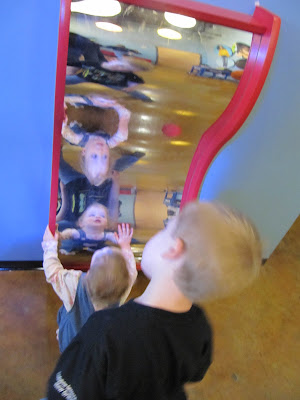 We wandered a little further and found a little water feature with a wooden bridge over it. So after enjoying a nice time staying out of the rain, my children both decided that it water was within reach then they must get wet...and they did! 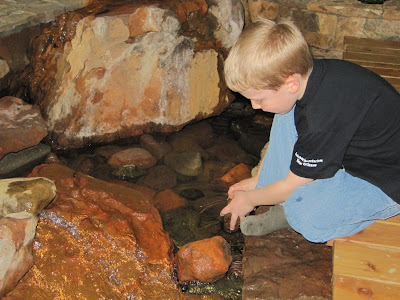 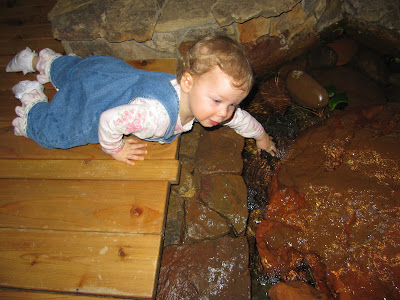 We had a nice outing at a new place and met some nice people while we were there. I was surprised when I realized that we had been there for several hours. Time flies when you're having fun!
at March 08, 2010
Email ThisBlogThis!Share to TwitterShare to FacebookShare to Pinterest