June 26, 2009
Our air conditioner died yesterday. It was very miserable especially with outside temperatures at 100 degrees. I took the children out and we ran errands just so we could enjoy other people's air conditioning. But that didn't go well when Rachel decided she wanted to be home napping in her crib. We all toughed it out and by 11:00 last night and a couple of thousands of dollars later, we finally had cool air again.

So did we stay home today and enjoy our nice cool house. No! We went out for a short nature walk and did a little bug hunting along the way too. 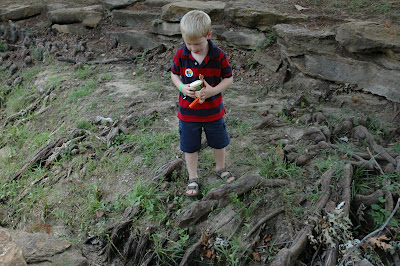 We saw lots of seed pods on what I believe are honey locust trees. Nicholas loves these when they dry out and drop to the ground because you can shake them and the seeds rattle around inside like little maracas! 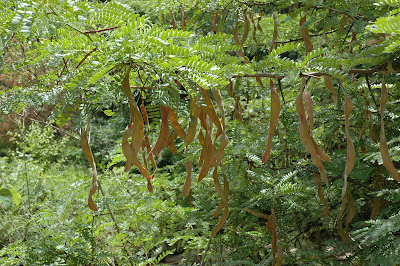 Nicholas found lots of shriveled up leaves on the ground. We talked about why they might look like that. Pests? Lack of Water? 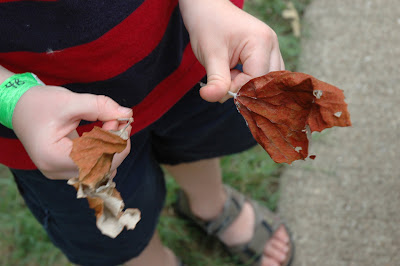 Nicholas quickly made it down to the creek bed to check it out. It's our favorite place to explore and play. 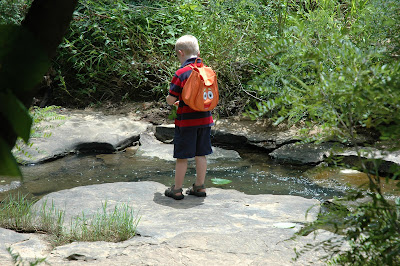 Nicholas asked me to come down with him. I had Rachel in her stroller and didn't feel comfortable trying to carry her down the rocks in case I might slip. I simply told him that I couldn't come down. He walked over, put out his hand, and said, "C'mon. I'll help you down." So sweet. I explained why I couldn't come but Rachel and I sat on the rocks along the side and let Nicholas play for a little while. 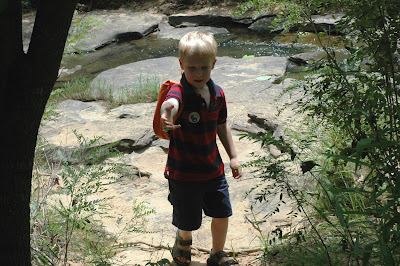 Nicholas got a new telescope. He pretended to be a pirate on a desert island looking for treasure. 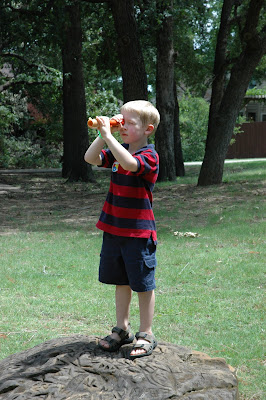 This telescope is neat because it also converts into a periscope. It's pretty cool. I showed the mirrors to Nicholas and explained how the periscope worked. I don't think he believed me until he tried it. He was quite impressed. He said it will be good to use when he's a spy. Then we proceeded to play a game where we took turns catching a bad guy by spying on them with the periscope. 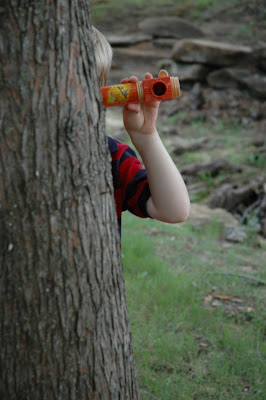 We wrapped up our walk with a little time at the playground. 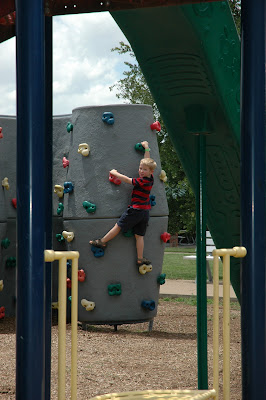 With temperatures crossing the 100 degree mark, we just might have to limit our nature walks to the wee morning hours for the next few months. It's just really really hot out there there days.