The Artsy Side of Dallas 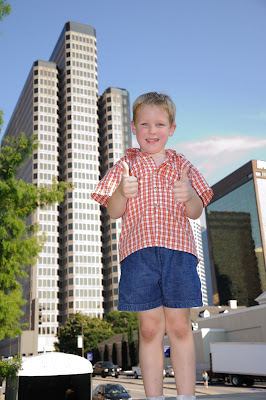 Surely the Earth is falling into the Sun and someone forgot to tell us about it. It is so hot out there! So what did we do? We went to the Dallas Arts District to enjoy the CityArts Celebration, an art festival in the streets of Dallas. It was sweltering hot and not a cloud in the sky. We drank tons of water and frequented the "Cooling Tent" which was a covered spot with chairs and cool misters. Ahh, nice!

We saw some neat works of art at the show - paintings, stained glass, woodworking, metal art, and soft glass molding. We watched dancers and singers perform on stage. There were lots of vendors selling the regular festival fare like ice cream, sno-cones, corn dogs, and steak on a stake.

The highlight of the whole show for Nicholas was getting to meet Michaelangelo from the Teenage Mutant Ninja Turtles. The turtle van was there as part of a martial arts exhibit. Nicholas loves the Teenage Mutant Ninja Turtles and was very excited to finally meet one of them. But he quickly said, "He's not real. He's just a person in a costume. I can see where his mask starts." But that didn't dampen the big smile across his face as he posed for a picture with the big turtle. 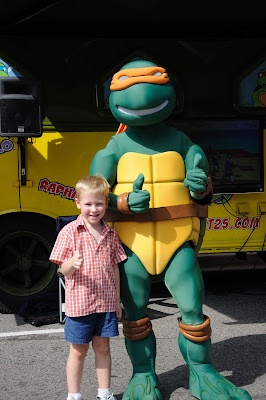 We also got to go into the Teenage Mutant Ninja Turtle van to see all of the themed toys, posters from their movies, etc. Nicholas loved it! 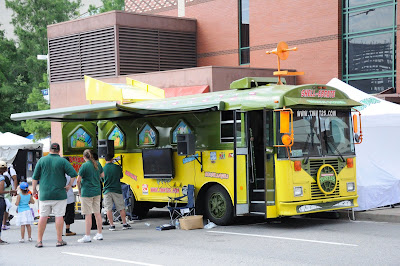 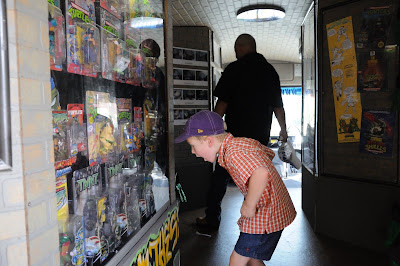 We had to take a break in the shade to cool off and re-energize. And what better way to re-energize than with a little festival funnel cake? Yum! 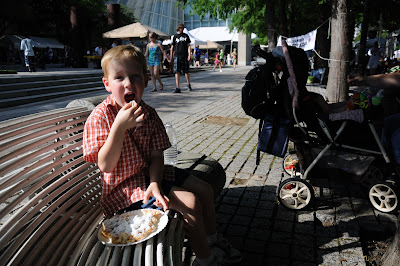 Stuart and Nicholas played around this waterfall while Rachel and I stayed in our shady spot and did some people watching. 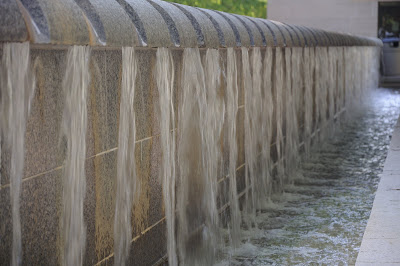 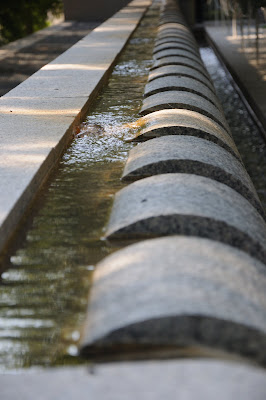 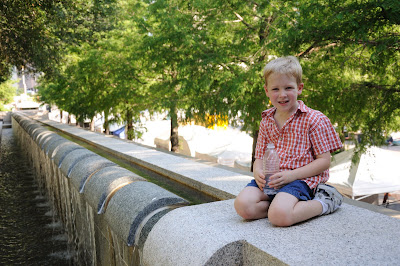 Afterwards, we drove around some looking at interesting buildings and potential backgrounds for pictures. We ended up on the east side of Dallas in the historic Deep Ellum area. We haven't lived in DFW long so we don't know a lot about Deep Ellum. It's kind of the "industrial" area and it looked very dead on a Sunday. But I've heard that it is a wild and crazy party place at night with lots of bars, tattoo shops, and people mingling up and down the streets. We saw a city sign that said that "cruising" was unlawful during the hours of 8 PM and 4 AM and it even defined cruising as passing a control point 3 times in a 2 hour period. There was really a sign posted for that!

We were a little nervous driving around there just because we don't know anything about the area and didn't even know where we were going, just aimlessly driving around and around (yes, I think we were cruising!). We stumbled upon this really cool mural and just had to get some pictures. I like the way Stuart posed these shots of Nicholas. They look really cool. 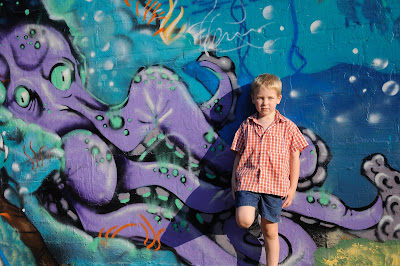 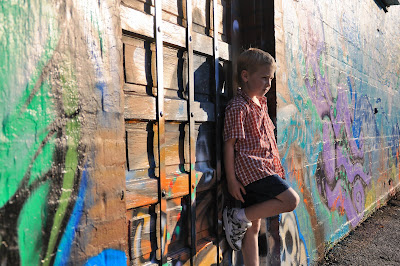 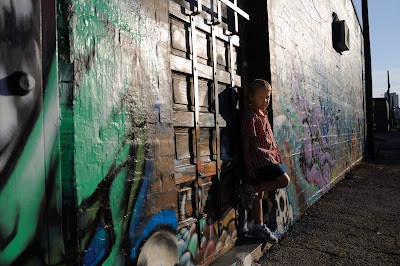 After we got home we looked at this picture of the whole mural on the building. Click on the picture to enlarge it. 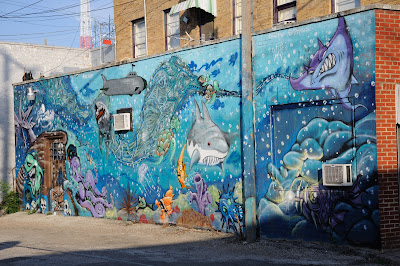 We first admired the incredible artwork again. But then we noticed the barbed wire just above the mural and then lots more barbed wire on the upper left side of the building. Hmm, that's a lot of barbed wire. What are they trying to keep out? Again, we don't know much about Deep Ellum but I think we might just keep it that way. At least you don't see barbed wire out in the 'burbs.
at June 15, 2009
Email ThisBlogThis!Share to TwitterShare to FacebookShare to Pinterest