June 17, 2009
Today we went with some friends to visit the Northwest Regional Airport, the largest privately owned airport in North America. We met a nice pilot who was proud to show us around his hanger and let us look at his plane. Then we even got to watch him take off and do a fly-by for us! 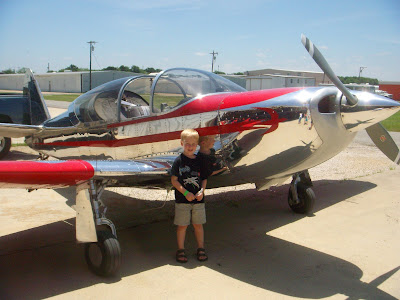 We watched several other planes come and go. Then we enjoyed lunch on-site at the Blue Hanger Cafe. 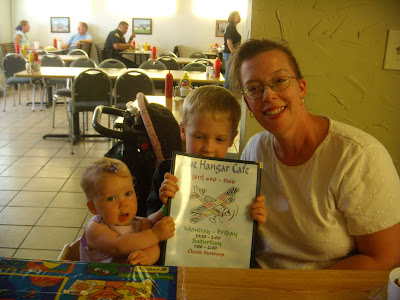 Next we visited the Pilot Shop. I didn't expect them to have anything that Nicholas wanted but amazingly they had plenty of cool plane toys and I think almost every child managed to talk their mom into getting something for them. Nicholas is very proud of his two planes. 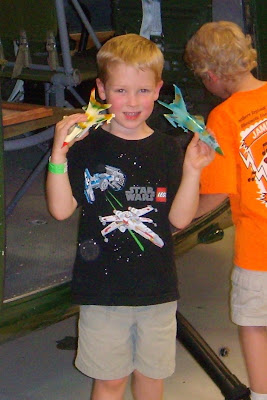 We got to meet the owner of the airport, Glen Hyde. He was very friendly and took time out of his busy schedule to show us around. Nicholas' favorite part was seeing this plane that was too big to fit in the hanger! 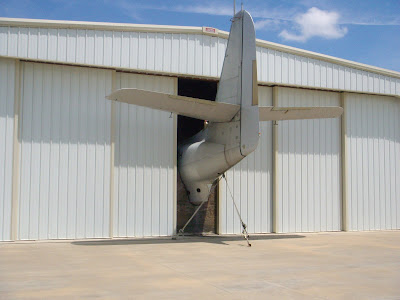 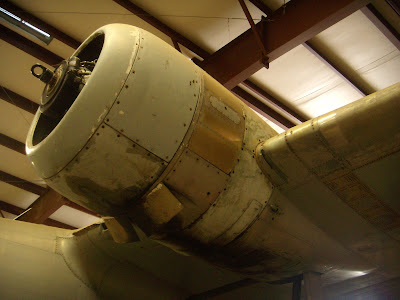 The children also got to climb into this Marine Huey helicopter. Nicholas loved pretending to be the pilot! 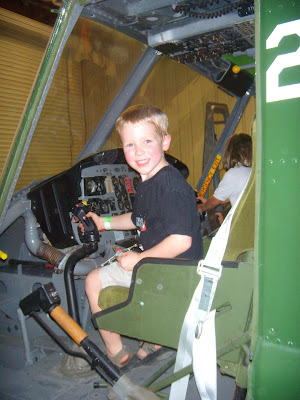 We had a great day learning with our friends! It was just "plane" fun!

On the way home, we realized we were way too hot and we needed some emergency refreshment. Braum's Ice Cream to the rescue!

Rachel can't have real milk until she is one year old so the poor little girl had to just watch big brother enjoy his ice cream. 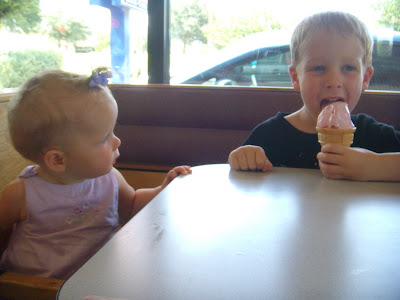 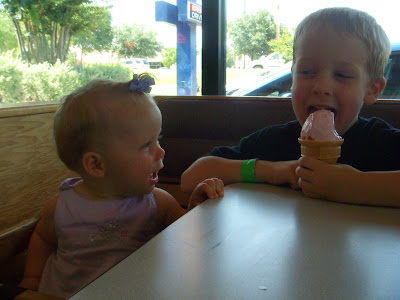 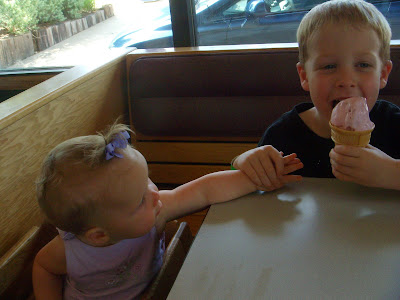 I did feel bad for her but she really didn't seem to mind. She ate a few of her puffs and flirted with some customers and seemed quite content. Until she decided that a full day of roaming an airport and a trip to the ice cream shop was all that she could take. Nap time was calling! 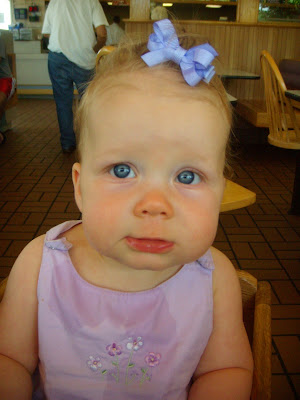 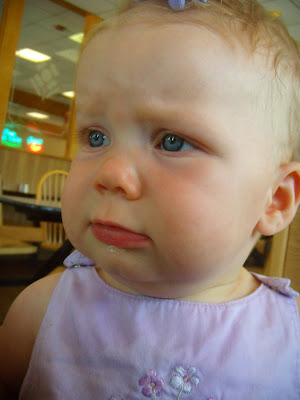 Here's a picture that Nicholas took of us as we were packing up to leave. He wanted me to be sure to post it on the blog for him! 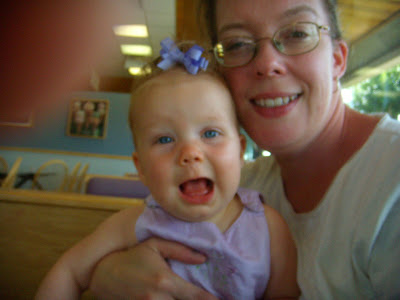