Stuart has had an interest in learning to ice skate for quite a while but now that Nicholas is taking skating lessons, it has resparked that interest. He has been skating a lot with Nicholas to help him practice and would like to get involved with hockey. He found that the Metroplex Christian Hockey Association offers a few free introductory hockey classes at The Ice near his office. 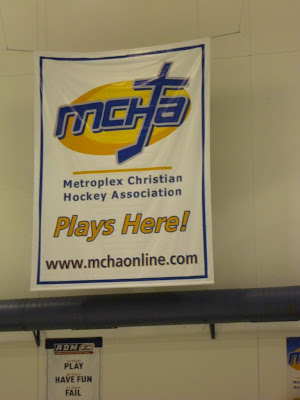 They even let him borrow some of the protective gear so he doesn't have to buy any until he is sure he wants to continue with hockey. 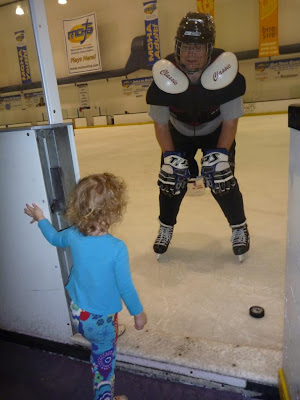 I had not seen one of his classes before because it is hard to watch Stuart on the ice while keeping up with two little kids as well. But we gave it a try this one time. I was proud of him for trying something new and he did well out there with a hockey stick and skates. 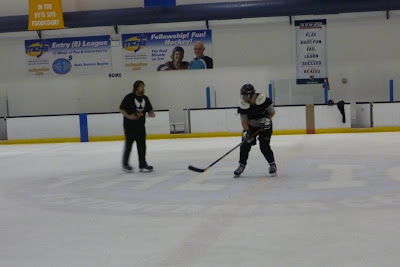 Although the kids were excited to watch Daddy on the ice, they couldn't see him very well and their attention spans aren't very long. 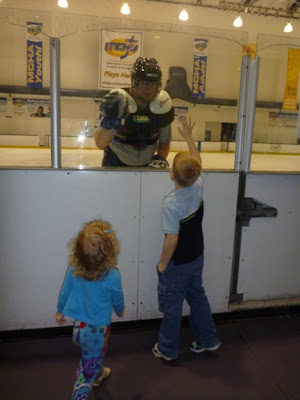 I had brought Rachel in her stroller. Although she doesn't need a stroller, it does help to keep her confined for a little while at least. I had plenty of toys for her to stay occupied with but even so, she wanted to get out after about 20 minutes. Then I had to keep up with her as she explored the games and vending machines around the ice rink.

She pretended to play the ice hockey game. 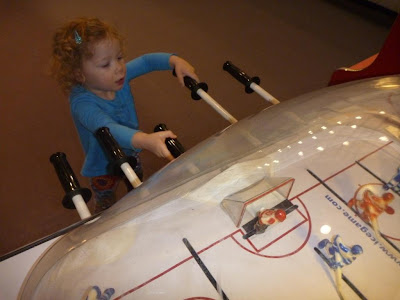 She pretended to drive a snowmobile game. 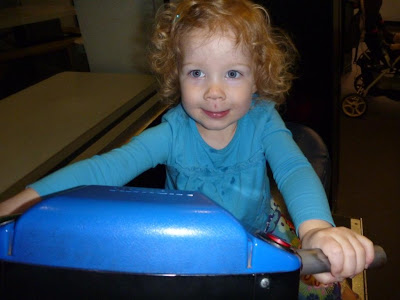 There was some bickering about who's turn it was to play a game or whining about being bored. But overall, the kids did ok for that hour...although I don't think I could have managed them for much longer in such a small space without them going totally stir crazy. 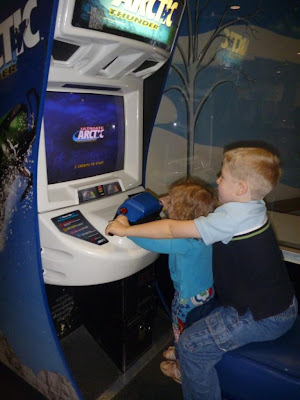 Well, maybe they did actually get a little stir crazy by the time class was over... 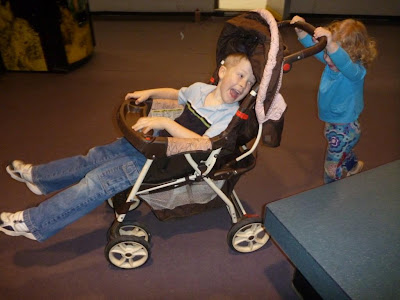 at February 21, 2011
Email ThisBlogThis!Share to TwitterShare to FacebookShare to Pinterest