We won 4 tickets to Monster Jam!

Yes, we can't believe it either!

With 4 tickets, our whole family could go to Monster Jam. For some reason, I actually thought this would happen...until I really thought about it. Then I realized that Monster Jam probably wouldn't be too exciting for our quiet two year old who would likely complain about it being too loud yet would rip off any ear protection we tried to give her. Then she would get bored and try run around and explore the stadium.

Did I mention that Monster Jam is in the new Dallas Cowboys stadium in Arlington?

Not really a place for two year olds to wander around.

So, we decided that I would stay home with the little one and Nicholas and Daddy would take some friends for a Guy's Night Out.

As expected, there were lots of noise and fireworks...as if giant monster trucks jumping high in the air and crashing with a bang wasn't exciting enough by itself. 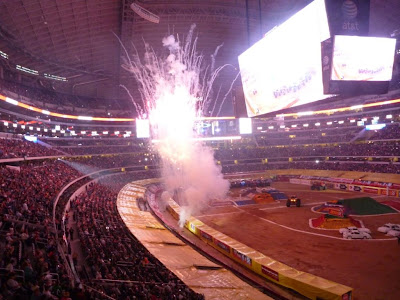 The monster trucks are really incredible. They are huge and powerful. But they are also incredibly customized and modified to match their theme. For example, the Monster Mutt had a tail and ears that flopped around and a really cute tongue that would really pant as he was lining up to start the race. 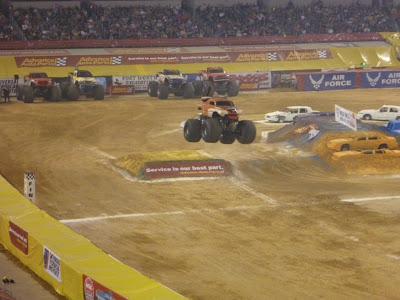 But as cute as he is, even Monster Mutt rolled over. There were a lot of trucks rolling over at Monster Jam. 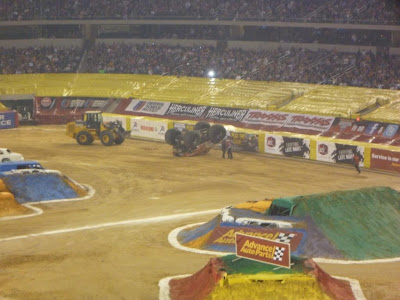 Nicholas has never been to anything like Monster Jam so he was blown away. As he would say, "It was AWESOME!" 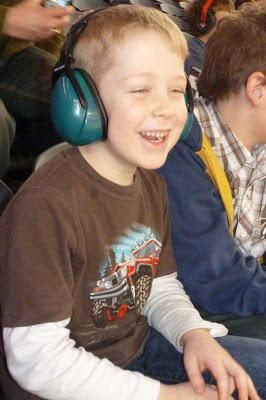 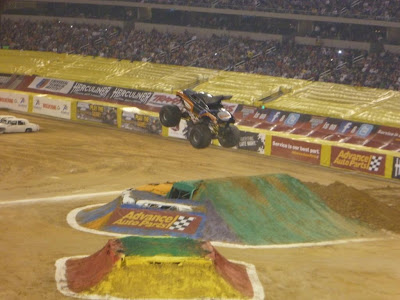 The monster trucks climbed right over piles of cars in the arena. 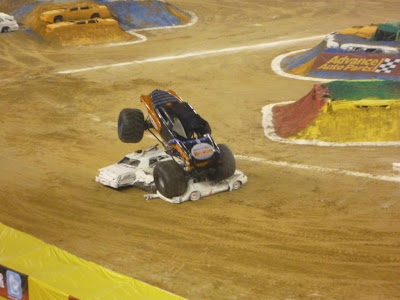 They even made light work out of destroying an RV! 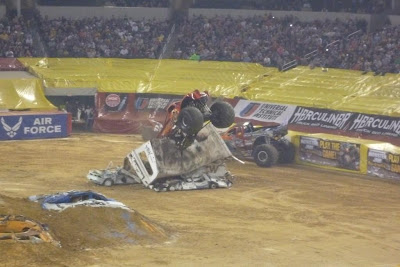 Did you notice all the cheering that took place when he crashed? So much testosterone in that building!

Monster Jam is a night of awesome fun full of exciting motorsport races and monster truck mayhem. I think the boys in our house will definitely be going back!

Thanks again to Playin' Around Town for the free tickets!
at February 27, 2011
Email ThisBlogThis!Share to TwitterShare to FacebookShare to Pinterest