One of our groups of homeschool friends organized a tour of Polar Ice House ice skating rink in Grapevine.

With the boys in the family all entranced with ice skating and hockey, it was a given that we would all be attending this cool event.

Kathi Singleton, General Manager for Polar Ice, gave us a tour of the facilities. She said that the facility opens at 4:00 am each day for teams and individual practice. Several olympic medalists practice there as well as the Ice Jets and the Grapevine Wolves Hockey teams. They have two full size ice rinks and many locker rooms fully decked out with flatscreen televisions, xbox consoles, etc. 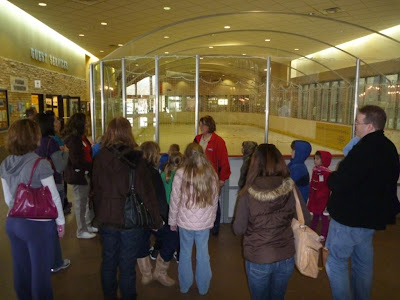 We got to see the Zamboni and the Olympia ice resurfacers up close. They are quite impressive with even more impressive price tags ($90K and $120K). 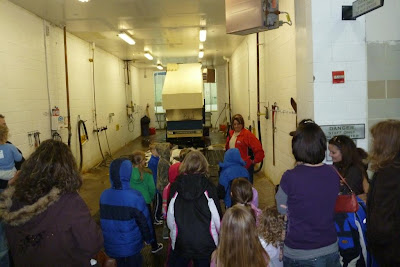 We also learned some interesting facts about keeping an ice rink cold. There are pipes underneath the ice that carry 8000 pounds of chilled brine water through them. The brine water lowers the temperature of the floor so that the water on top will freeze more easily. A layer of water is sprayed and allowed to freeze. The ice is painted white overall and whatever rink markings are needed for hockey or figure skating as added as well. Then more water is sprayed on top and frozen until it reaches about an inch thick. 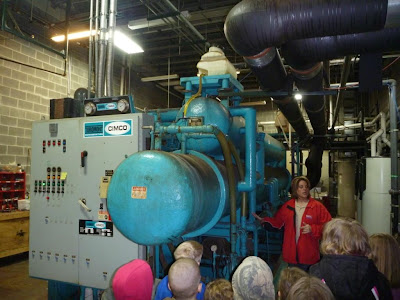 The ice rink takes 3 days to form but only 3 hours to melt. As you can imagine, the electric bill for an ice skating rink is incredibly high. Their bill is about $80K per month and it costs about $350/hr just to keep the ice cold.

Polar Ice is a premier ice skating facility and teams travelling through the area on their way to their games will stop in for a practice. We watched this team practice for a little while today. 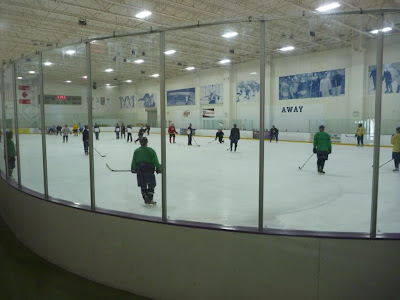 After our tour, Sara gave us a quick class on how to sit in our skates, how to keep ourselves from falling, and how to get up if we do fall. 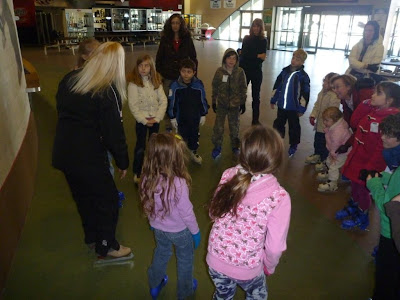 Stuart and Nicholas are old pros at this stuff so they sat and watched but it was all new to Rachel and me. Rachel was the youngest child in the class and since all of the other parents were big chickens and wouldn't put on skates, I ended up being the oldest one in the class. 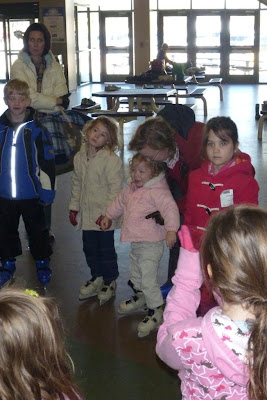 Once we got out on the ice, Sara also taught us some basic skating skills. Stuart got some video of me in this part of the class. It's sad because all the little kids just took to skating like ducks in water. It was clear that I was not so skilled. But not to fear, I won't be posting those video clips here.

But we did have fun! 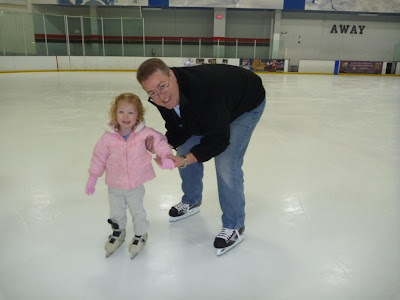 If you don't have your own ice skates, don't worry. Polar Ice has skate rentals in your size for just $3.00/rental. 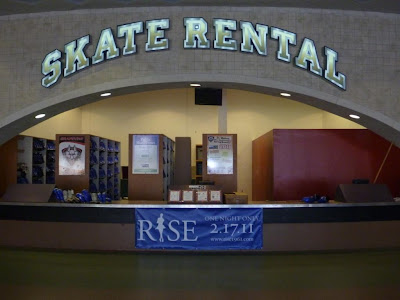 If you are considering trying skating, be sure to wear gloves because your hands will probably touch the ice a few times. And wear some layered clothing. The air is cold in the ice rink so you'll want a jacket but as you start moving around you will probably warm up and need to take a layer or two off.

We stayed up until the end of the public skating time and we were the last ones out on the ice. It was nice because it made it easier to get some video of the boys out on the ice.

Obviously, Stuart was taking this video because I wouldn't have been able to keep up with the boy like this while I'm clinging to the side walls.

Polar Ice offers a wide variety of classes for all ages and skill levels as well as figure skating and hockey lessons. For more information, please visit their website. They can also be found on Facebook and Twitter.
at February 28, 2011
Email ThisBlogThis!Share to TwitterShare to FacebookShare to Pinterest