In honor of President's Day, we have been learning about the role of a president and our past presidents.

Nicholas started with reading aloud to Rachel and me. He read the book, "Celebrating President's Day: What Is A President?" by Jordano and Callela-Jones. It has simple language and was an easy read for Nicholas. 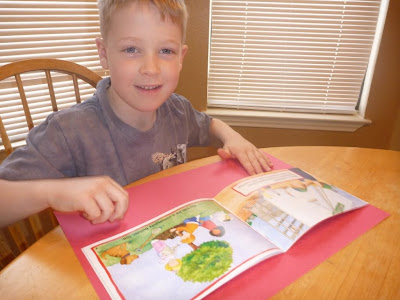 Next, I read to Nicholas and Rachel from another book called, "...If You Grew Up With George Washington" by Gross. This book tells you what it was like to live in Virigina during the colonial times of the 1730s and 1740s. What would you do to have fun? How did you light your house at night? We discussed some of the differences between then and now.

We discussed the role of the president in the early years as well as the role served today in modern times. We touched on some of the political, social, and environmental issues facing the world today so that he was able to understand just how many different issues the president could have influence over.

He wrote in his journal today, "If I were president, I would make recycling my first priority. I would also like to feed the poor."

Nicholas read the presidential oath and answered some questions about it. 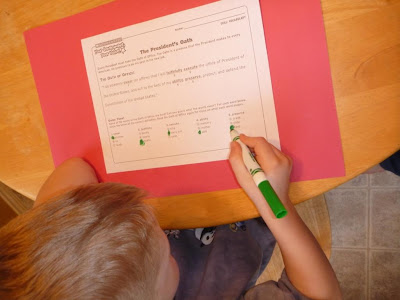 We talked about presidents of the past and Rachel really seemed to enjoy looking at my set of U.S. President flash cards. 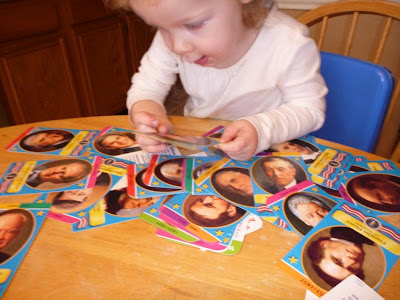 We discussed two well-known past presidents in depth - George Washington and Abraham Lincoln. I had booklets on each of them and was going to read them to Nicholas so we could discuss them but he decided he wanted to try to read them to me instead.

He did great! However, the booklet really wasn't written for his level so he got burned out quickly and asked me to take back over.

After our readings, we discussed some similarities and differences in the two presidents. Nicholas even helped me make a Venn diagram to help illustrate them. 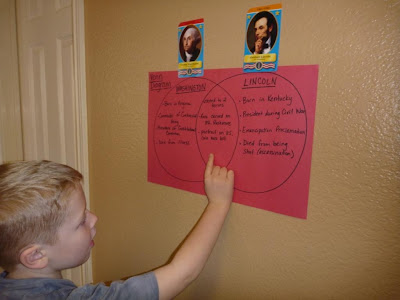 President's Day is an special day to honor our past presidents and what they have done to make this country what it is today. I feel blessed to have been able to help teach Nicholas and Rachel a little bit of patriotism today.
at February 21, 2011
Email ThisBlogThis!Share to TwitterShare to FacebookShare to Pinterest