Last week, I was trying to come up with one last gift for Stuart that the kids could give him. Something along the lines of a mid-life crisis kind of gift. I thought of giving him pictures of a Ferrari or something like that but after talking to Nicholas, we decided to go with a Harley-Davidson themed gift.

Fortunately, there is a Harley-Davidson store near our house and Nicholas was than happy to help me check it out. It turned out to be a fun little outing.

Nicholas picked out this motorcycle for Stuart. Of course, all that we could afford was a picture of it. 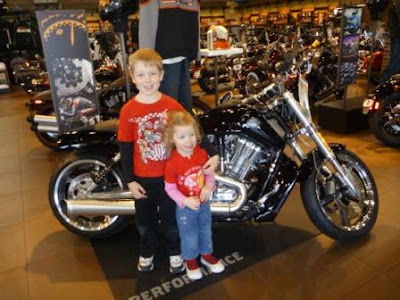 We talked to a guy briefly about motorcycles but Nicholas just wanted to go around looking at them all. He even borrowed my camera to take some pictures around the store of his favorite bikes. I think he got some great shots! 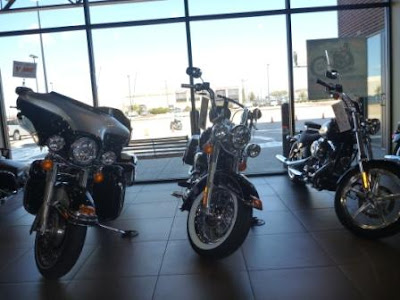 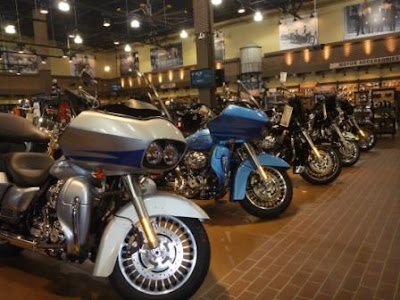 One of the ladies that works there gave each of the kids a Harley-Davidson key chain which was quite a hit with them. 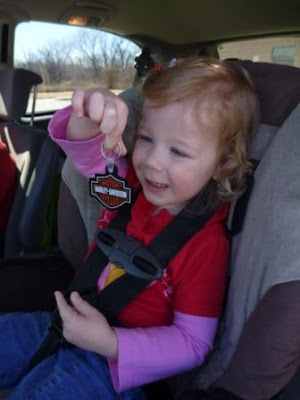 Nicholas ended up giving Stuart his keychain. Both kids gave him a Harley-Davidson t-shirt along with a note and pictures from their trip that told Daddy how much they had wanted to get one of these bikes for him.
at February 19, 2011
Email ThisBlogThis!Share to TwitterShare to FacebookShare to Pinterest