Today we took a closer look at Nuts in the Meat Group. We read about them and looked closely at their shells. We cracked some shells and tried some. 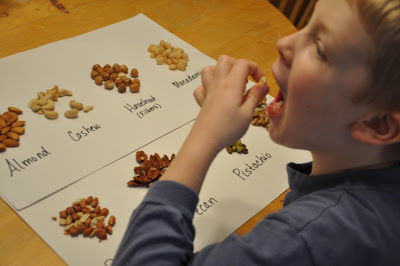 I bought several different types of nuts in bulk from our local farmers market and made a sampling tray with each nut labeled. 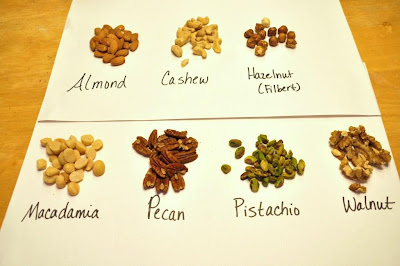 We studied the different sizes, colors, textures of each and then we sampled them all. It was neat to see which ones were their favorites.

Nicholas was reading to Rachel before her nap today and picked out the book, "Nuts to You" by Lois Elhert to tie reading time into our school work. I love how he did this entirely on his own! 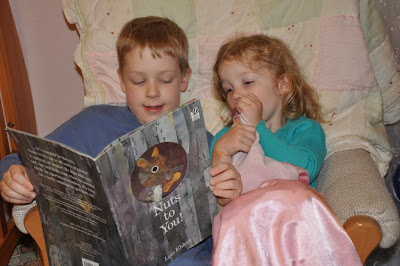 They both love this book about a squirrel and his silly tricks. 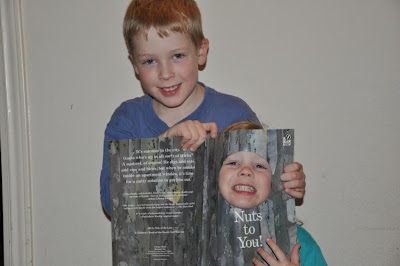 After she was down for her nap, he scuttled off to his room and made this cute Lego creation to celebrate Fall complete with a squirrel and two yellow acorns. 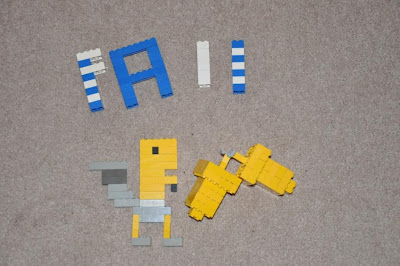 Nicholas did an experiment to test for oils in certain foods. He used a paper bag and cut it into little squares to use as his test strips and then we gathered some foods to test. 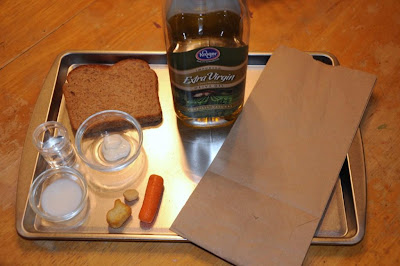 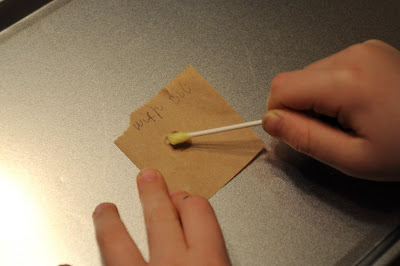 He rubbed a carrot on a swatch. 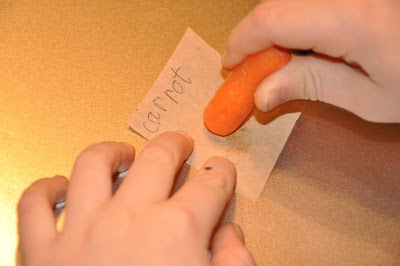 He tried some water although he already had his own hypothesis that there was no fat in water. 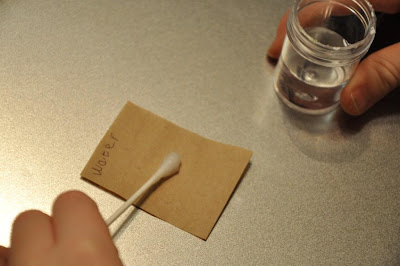 He rubbed a nut on a swatch. 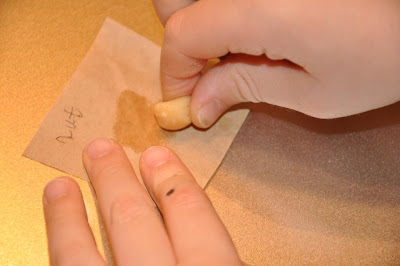 He also made a swatch for 1% milk, wheat bread, crouton, and mayonnaise. He let the swatches dry for an hour. 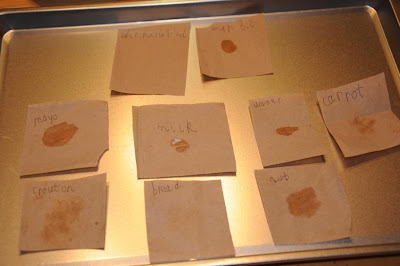 Once they were dry, Nicholas compared his results and separated the swatches according to whether they resembled the swatch "with oil" or "without oil". 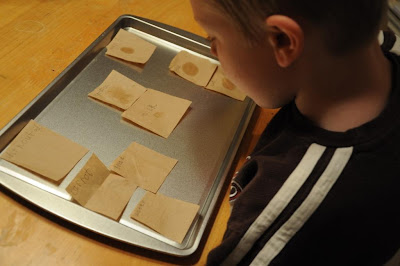 Water and carrot had no oil. The wheat bread had just a touch of oil so he placed it on that side. The nut and the mayonnaise looked just like the "with oil" swatch so they went on that side. The crouton and the milk went in the center because their oil content fell somewhere between the two extremes.