As part of learning how to be good stewards of our bodies, we have started an exercise routine. We have a list of simple exercises that we try to go through each morning. It works well to do these as part of their morning break to help them get the wiggles out. The kids start with trying to do 8 of each exercise then slowly increase the number of repetitions if they can.

Here Nicholas is demonstrating the Lateral T. He stands straight with his arms at his side while holding a soup can in each hand. Slowly, he raises his arms to the side until they are shoulder height. Then he slowly lowers his arms to his side. 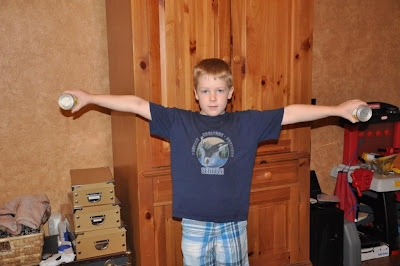 Rachel's smaller hands had a hard time holding the soup cans so I found something that was more her size. It was two jars of candy sprinkles. No, I did not think this through very well. Her 3 year old brain just could not get past the idea that she was holding thousands of little candy sprinkles in each hand. She couldn't finish a single exercise because she kept getting distracted by the candy and the constant questions of "When can I eat this?" 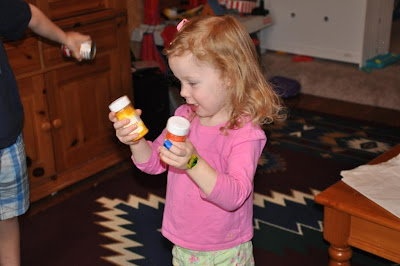 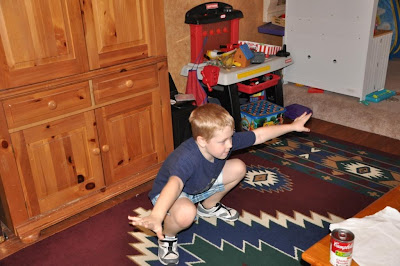 I eventually got the sprinkles away from Rachel and gave her some little squishy balls instead. They were much less distracting for her. She was able to use them for her palm squeezing exercises as well as bicep curls. 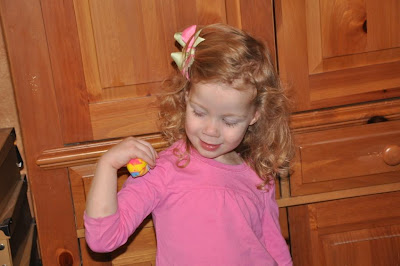 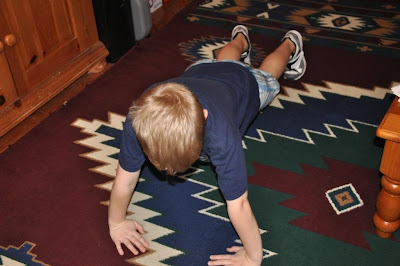 Rachel tries to do them but she was just funny to watch because she just sort of flops down to the floor and springs back up. 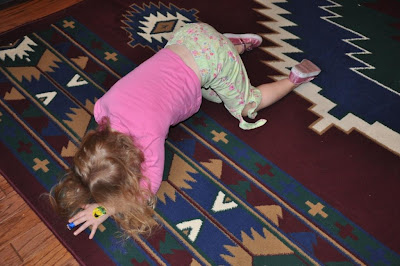 They both do shoulder lifts which are like sit-ups but with only lifting the shoulders off the ground. 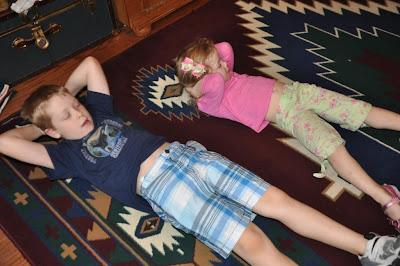 Not only does exercising get the wiggles out, it also works up their appetite so they are ready to actually eat their lunch instead of just dilly dally with it. 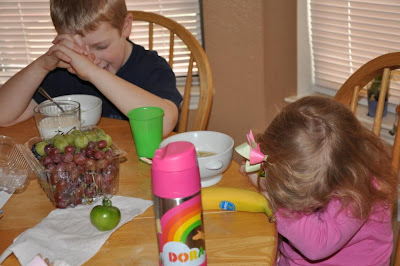 Today's lunch was chicken noodle soup with crackers along with banana, grapes and tomatoes to nibble on, all washed down with milk to drink.
at November 16, 2011
Email ThisBlogThis!Share to TwitterShare to FacebookShare to Pinterest
Labels: at home, education, homeschool, Konos