November 14, 2011
Nicholas has been doing well in his hockey league. He usually plays right wing, an offensive position, but recently expressed interest in trying out goalie. Goalies have a lot of bulky, specialized gear so instead of going out and buying it, the current goalie let Nicholas try out his equipment for the first time out. We are very grateful for this.

Nicholas put on some of his own basic gear but then had to lie down on his tummy in order to get his giant leg pads on. Fortunately, the other dad helped Nicholas get in the gear and showed Stuart how to do it. 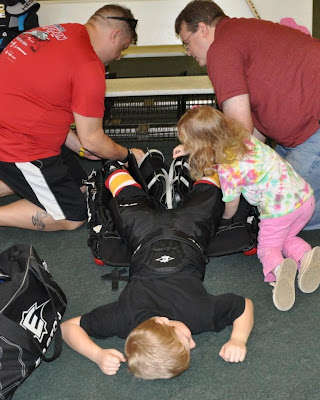 It was funny seeing everyone, even Rachel, helping to buckle up the back of the knee pads. I can't help but wonder if NHL players have to do this too or have they discovered a trick to getting these things on? 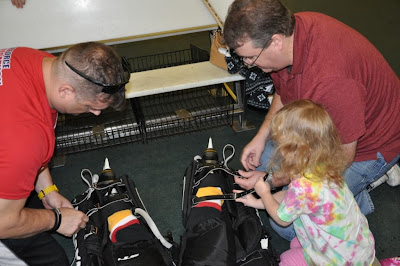 Look how big those pads are! 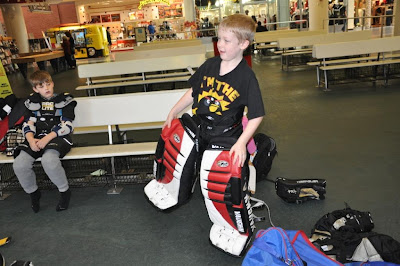 Here he is in full goalie get-up. 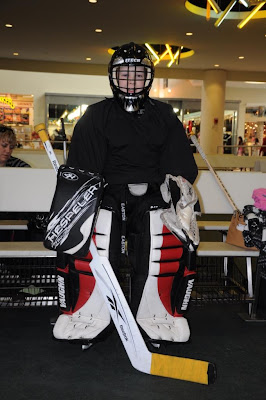 Nicholas played a little bit as goalie at the last practice session but has never played goalie in a game and has never even tried on this bulky goalie gear before now. It was a bit of a challenge just walking around getting used to it before the game. Fortunately, the coach also took some time before the game to teach Nicholas a few pointers. 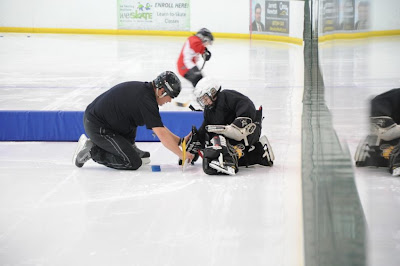 Once the game started, Rachel was her usual self - either wandering away and having to be chased or wanting to be held and entertained the whole time. Both of which are distracting for a proud mama who just wants to watch the game. 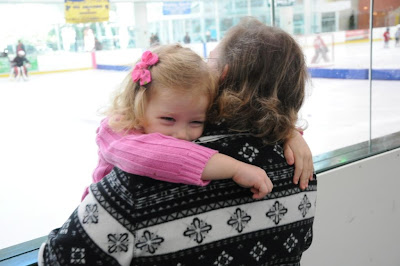 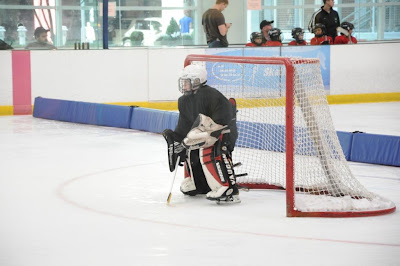 And making a few good saves as he batted the puck away with his stick. 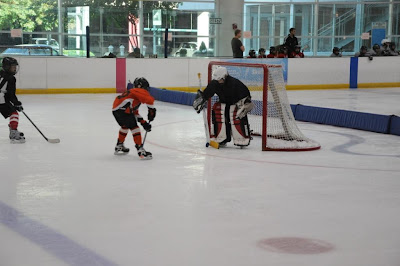 Watch out! Here they come! 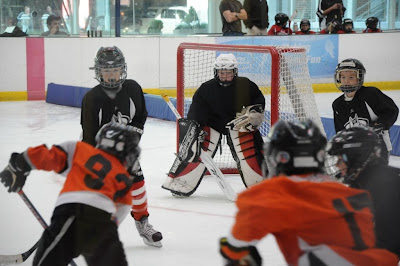 Crash! Right into the goalie and everyone around them! Thanks goodness for all that extra goalie padding! 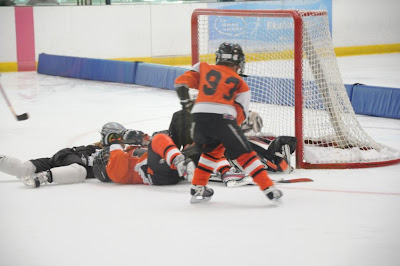 Here's a video of a save Nicholas made. Notice how long it takes him to get up on his feet with all of the gear on. Just a reminder though, this was his first time wearing the gear.

Most importantly, Nicholas is having fun and I'm proud of him for getting out of his comfort zone and trying something new. He said he might want to play goalie again because it was kind of fun.
hockey