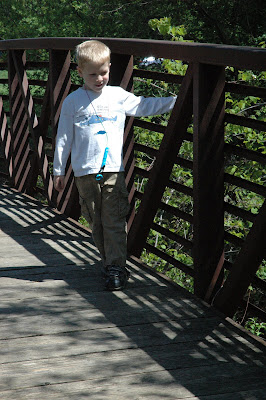 We explored another local park that has been totally renovated with cool new playground equipment. Here's Nicholas showing off his musical abilities on some built-in bongo drums! 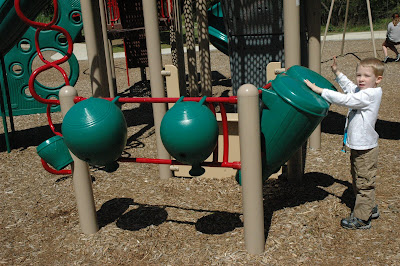 Nicholas loves to climb so the climbing wall and rope web were lots of fun for him. 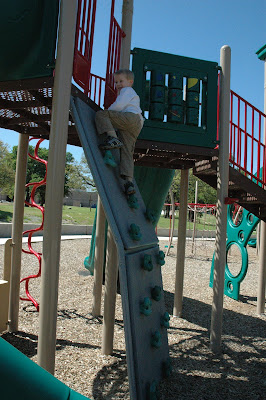 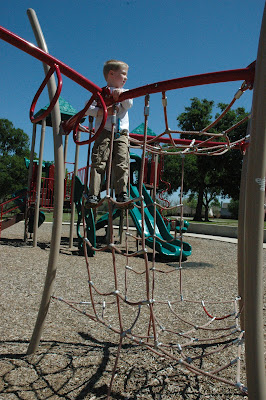 Now, here are some more unusual pieces of equipment that I haven't seen before. This is a gyroscope type thing. It is tilted in such a way that you can easily get spinning around really fast due to the force of your momentum and body weight. 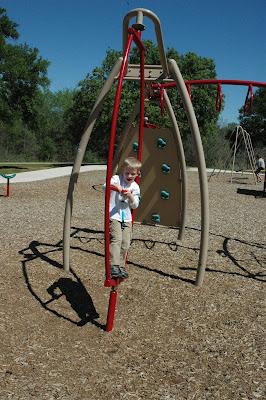 And here's another one that works in a similar way. You hold on to it and someone pushes you and the whole top piece spins around but you can feel it increasing in speed due to the angle and the force of your momentum. Yes, there's some real physics behind these pieces but don't ask me to give you the specifics. 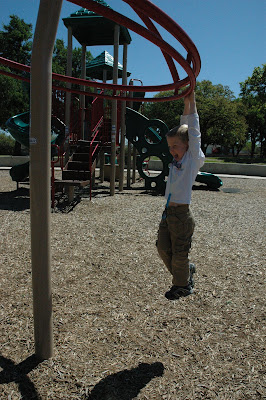 What is this?? It definitely looks like a slide, right? But instead of being concaved with raised sides to keep a child from falling off, this thing is convex with no sides. We thought maybe you are supposed to slide down in while straddling it. But there is a slight curve in it at one point which makes it easy to fall over when you hit that part. Nicholas tried straddling it, going down head first, climbing up it. Nothing was successful. I'd love to hear any guesses as to how you are supposed to play on this. 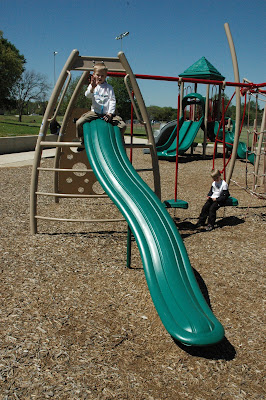 at April 06, 2009
Email ThisBlogThis!Share to TwitterShare to FacebookShare to Pinterest