Rachel and I spent most of the day at Nicholas' preschool today. It was mostly for his birthday Celebration of Life but then we stayed to help out with their Easter Egg hunt.

For the Celebration of Life, I brought pictures of Nicholas from birth to present. I talked about each picture and then we passed them around for everyone in class to see. Nicholas was so proud and excited to share his life and his birthday celebration with his friends. After the ceremony, we had lunch that I had brought for the class - pizza and juice boxes!

The Easter egg hunt was fun to watch. They all had Easter Bunny ears that they had made and wore for the hunt. Each child had 10 eggs with their name on them. They were only supposed to pick up eggs with their name. Also, there was one golden egg that anyone could get. Whoever found the golden egg got a special prize. Nicholas was cute as he ran around hunting for eggs. Some of the eggs were hidden really well and he liked the challenge. But he was also very helpful. He would read the names on the eggs and let other children know where to find their eggs. 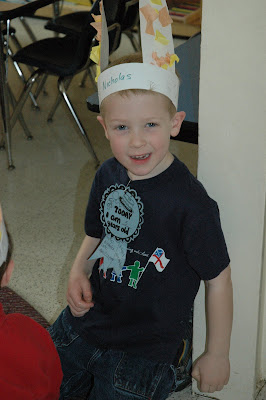 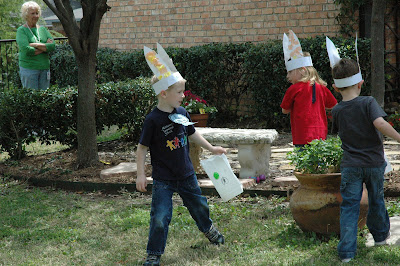 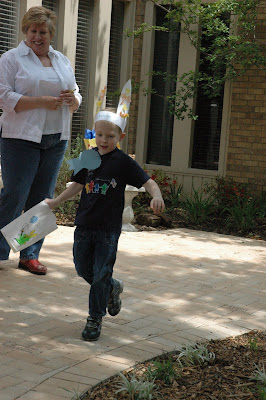 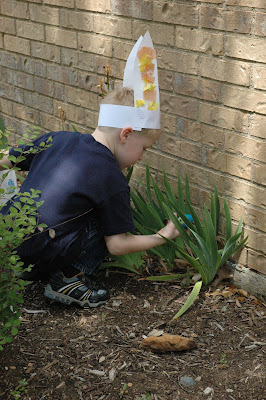 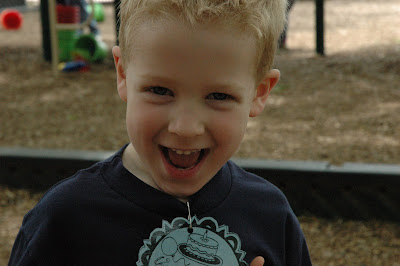 Nicholas was proud to be the line leader going to and from recess. 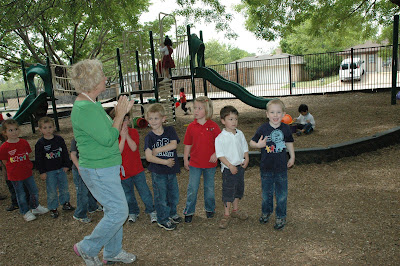 After recess, the class did some yoga stretches to help them calm down and get re-focused. It was pretty cute watching them show off all of their different poses for me. 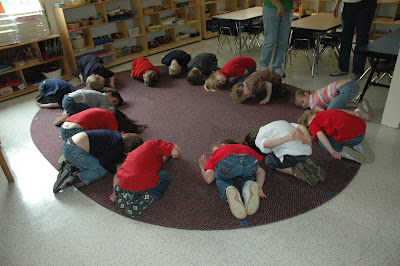 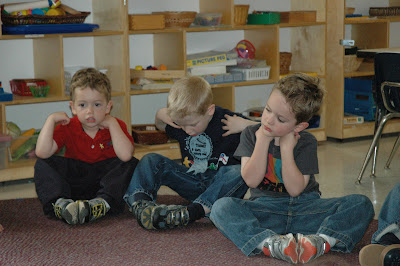 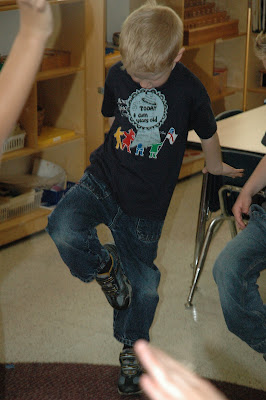 Here's an interesting piece of Easter art work. Nicholas has never really enjoyed coloring in coloring books. He seems to prefer to draw and color on his own as you can see from this picture. Not much care in coloring in the picture of Jesus but he did a great job of drawing Darth Vader and Luke Skywalker in the midst of a light saber battle over Jesus' head! 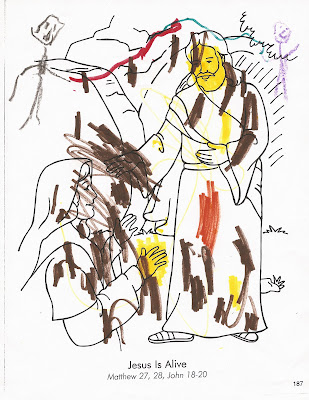 at April 16, 2009
Email ThisBlogThis!Share to TwitterShare to FacebookShare to Pinterest