I had to go to Arlington to run an errand today so I thought I'd make the most of the trip with the kids and show them around where we used to live. We had lunch at Simply Burgers, one of our favorite burger joints. They've moved to a more upscale location since we lived there but they still have their big budda on the counter. Yes, a burger joint with a buddha! The owners are oriental but they know how to make a mean jalapeno cheeseburger. And it was neat bringing the kids to one of our old hangouts. 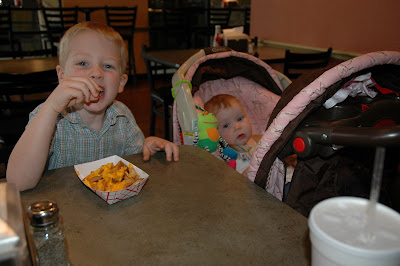 We also stopped by to see the progress on the new stadium for the Dallas Cowboys. 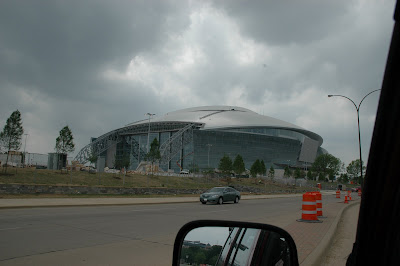 But the highlight of our trip was definitely going to River Legacy Park. We hiked on a trail and Nicholas found this cool tree that he said looked like a bow. Good thinking, Little Buddy! 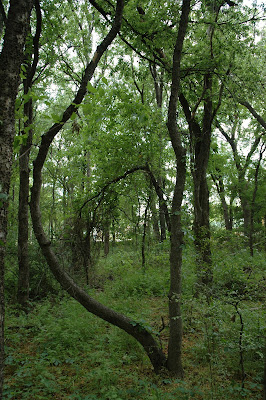 Then we went to the playground and had fun playing with some other kids there. 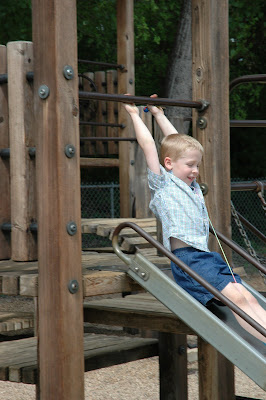 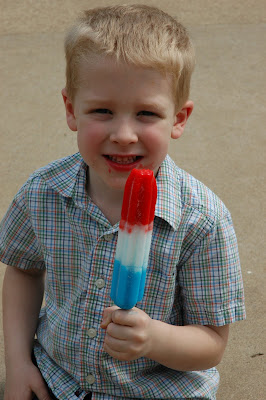 On the way home, I noticed Nicholas reading something in the backseat. I turned around and saw him studying my map book of Dallas. He followed streets with his finger then flipped the page to keep following it along its path. He loves looking at maps and often asks questions about how to read them. 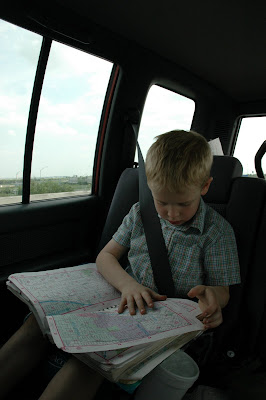 I can't help but love these pictures of Rachel that I took at the playground. I love the expressions on her face and those big blue eyes. So cute! 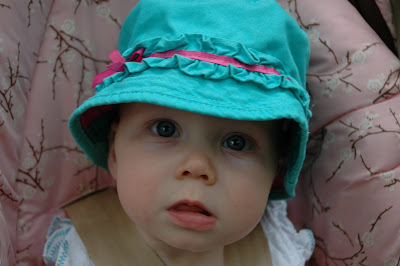 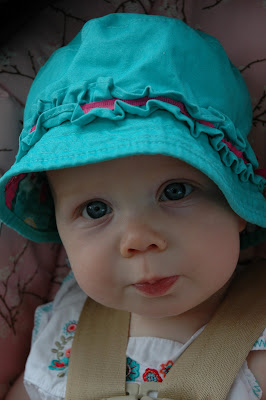 at April 25, 2009
Email ThisBlogThis!Share to TwitterShare to FacebookShare to Pinterest