Nicholas was scheduled to have his first soccer game this morning but it was cancelled because all of the rain has made the field too muddy to play on. We were ok with having a lazy Saturday morning where we didn't have to rush out of the house to get somewhere.

We went to a birthday party at Excite gym. They always have the coolest parties. I had wanted to have Nicholas' party there but didn't schedule it early enough. But he had fun playing there today. 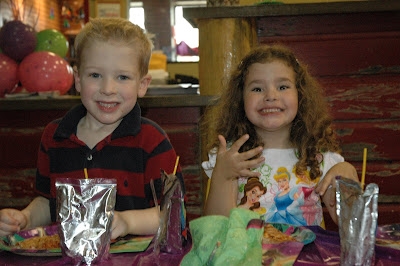 After the party we headed to the Wild About Flower Mound festival. Nicholas loved riding in the school bus shuttle to the festival. He thought that was so cool! 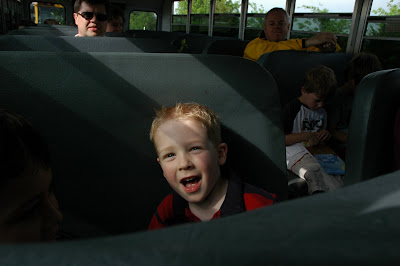 We met up with some friends at the festival and had a good time visiting with them as we walked around looking at the exhibits. I was amazed at how many people were there especially considering the bad weather we have had and the chance of a downpour at any minute. It was a great event. The kids especially loved all of the bounce houses and the barrel train. 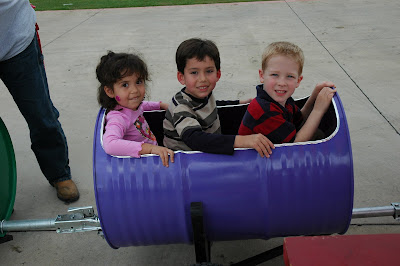 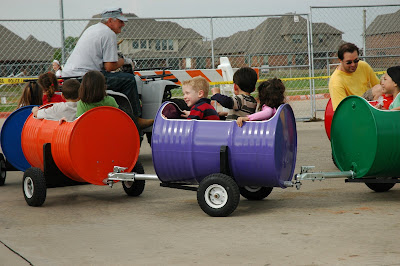 Nicholas also loved this wheel game where you can win something on every spin. He didn't care that the only prizes were promotional trinket items with North Texas Tollway Authority on it. We now own several of them that we can call our own. 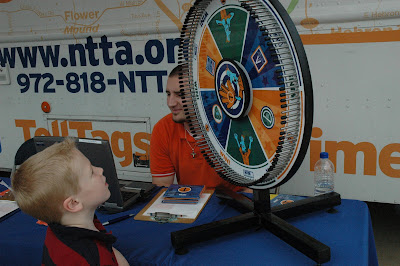 I enjoyed talking with Larry O'Flinn at the Dunaway and Associates exhibit. He was there with an awesome display of the proposed plans for the Wilson, Carmel, Ruff tracts where the all-inclusive wooden playground will be built. Here's a peek at the master plan.

Larry said that they will begin working on the design plans for the playground in the next few months and will start building it next year. I had big plans to do a lot of fundraising for the playground to make it even better than the town had planned but my life is completely different now that Rachel is here. I am so passionate about this project but my family comes first and this phase of my life is pretty hectic right now. I just can't seem to find a spare moment to get the fundraising ball rolling on it.
at April 18, 2009
Email ThisBlogThis!Share to TwitterShare to FacebookShare to Pinterest