We has a wonderful day in Fort Worth with reindeers and mummies.

It started with getting in the Christmas spirit at Casa Manana for a classic performance of Rudolph the Red-Nosed Reindeer. 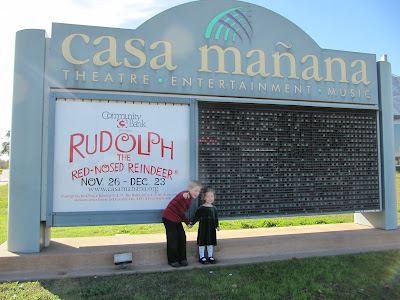 There is always a big Christmas tree in the lobby at Casa Manana during the holidy season. Nicholas and Rachel guessed who the presents under the tree might be for and they enjoyed looking at all of the pretty ornaments. 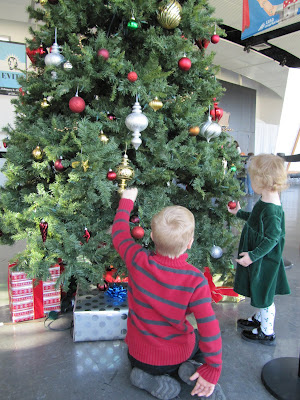 I love taking my kids to live theater. It opens their imagination to a whole new world full of acting, singing, costumes, dancing, lights, and magical special effects.

I must admit that I was a little nervous taking Rachel to a play. She just turned two and is very much a toddler...toddle over here, toddle over there...anything to avoid sitting still and quiet. But fortunately, Casa Manana has wonderful chidren's productions geared just for kids. Casa Manana has great costumes and lots of action to keep kids entertained for the entire performance. Although the main characters are usually adults, many of the actors are children. I really like my children to see other kids performing on stage so they can see that theater is a art available to all ages. I also secretly love that the audience at Casa Manana's children productions is always filled with kids and their parents so everyone there can relate if one of my children gets a little squirmy or loud. 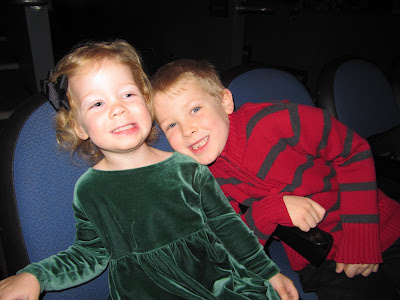 Rachel ended up doing great. Sure, she did try to sit in every seat on the row before the play started. But once the singing and dancing began on stage, she was in wide-eyed wonder. She was so precious with the soft glow from the stage on her face, her big eyes and gaping mouth. As she became more comfortable with the performance, she did a little dancing in front of her seat and later while she was sitting on my lap, she did more dancing and bouncing around to the music.

She had a few squirmy episodes but I had brought her sippy cup and a few crackers and I doled them out to her slowly, as needed, just to help tame the wiggles.

After the play, we grabbed some lunch and headed over to the Fort Worth Museum of Science and History
. I love, love, love this place! There is always a great special exhibit but also lots of other exhibits and hands-on activities for little ones.

The special exhibit now is called "Lost Egypt: Ancient Secrets, Modern Science". We learned about building pyramids, ancient pottery and ancient tools. Nicholas was fascinated to see a real human mummy as well as several animal mummies. He said that was "AWESOME!"

Of course, Nicholas and Rachel both thought it was fun to ride on a camel through the desert. 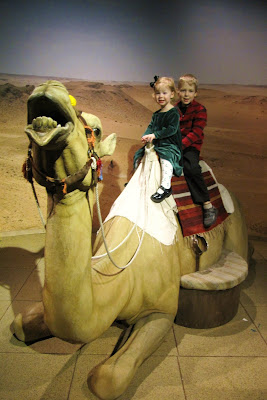 We made it downstairs to the hands-on Innovation Studios that the kids just love. Both of them spent a lot of time in the Designer room which was dark except for the lit up activities. Both of my kids love Magna Tiles and even though she plays with them daily at the house, she spent quite a bit of time playing with them here. Of course, we don't have the cool light table to play with them on. 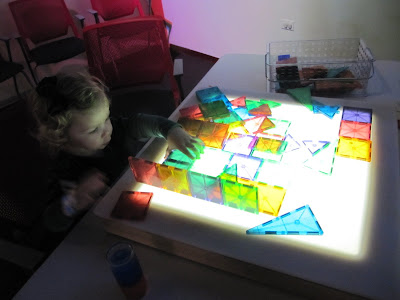 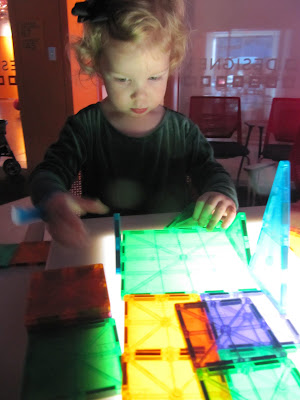 She loves to stack the square tiles... 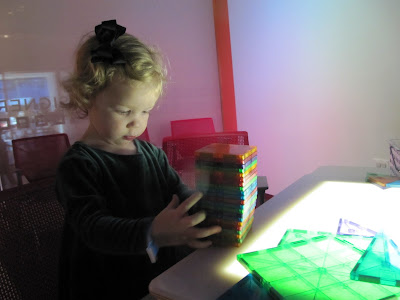 My favorite activity of our entire visit was this giant Lite Brite board. How cool is that?! 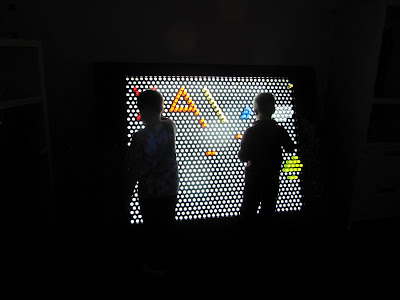 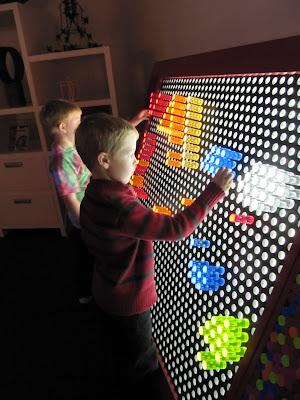 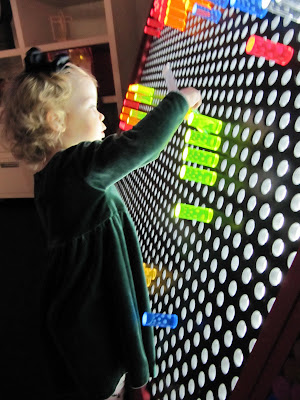 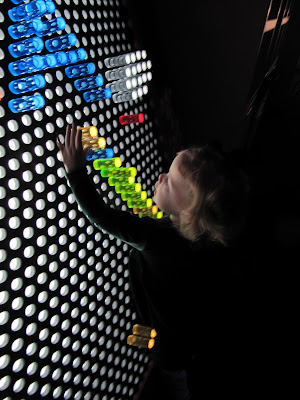 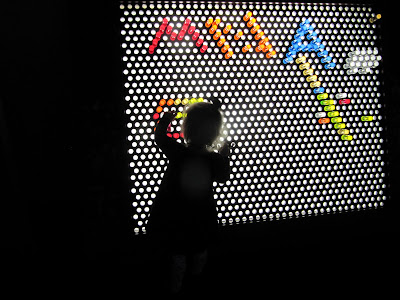 Yes, I took a lot of pictures. I really, really like it. I think I might have to add "Make a giant Lite Brite board" to Stuart's Honey-do list. Sorry, babe! But isn't it cool?

When I finally dragged my kids out of the Designer room, we spent some time in the Tinkering room where Nicholas accidentally(hmm?) knocked down a cool Keva plank structure that the worker in the room had obviously spent a bit of time building. We promptly lurked out of the room before he noticed so we wouldn't have to see him cry.

We made it to the Doodler art room where Rachel made her own birthday hat to celebrate the museum's birthday while Nicholas made his own wesekhs or Egyptian collar out of a paper plate, foil, beads, and plastic jewels. 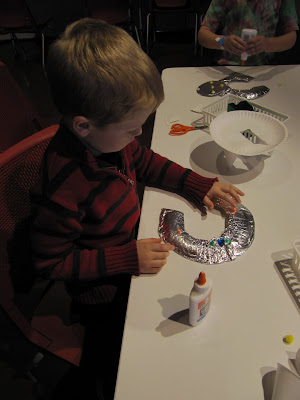 What a fun, albeit eclectic, day it was!
at December 02, 2010
Email ThisBlogThis!Share to TwitterShare to FacebookShare to Pinterest