Everyone Loves A Parade!

Everyone loves a parade.

Especially a parade with candy and Santa Claus!

Nicholas got to ride in a Christmas parade today. It was his first time to be in a parade and he was excited to do it with his fellow Cub Scouts. His pack rode on a trailer made to look like a giant blue canoe. The boys were all excited and many wore their Santa hats.

Everyone practiced throwing candy and waving to the crowds. 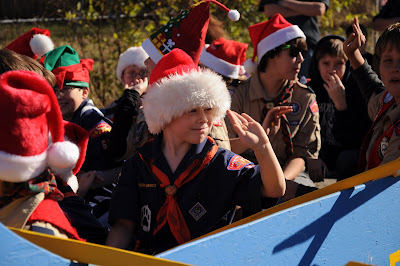 When it was time for the parade to start, the rest of us left the pack to find a spot along the parade route. We wanted Rachel to get to experience the full parade experience and not have to just walk with the boys float the whole time. Ahead of the parade, there was a huge (I'm sorry, I meant HUGE!) pack of motorcycle riders who had all participated in a ride together for Toys for Tots. They were waving to the crowds and Rachel had fun waving back to them. 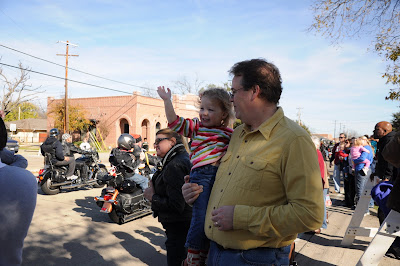 There were some loud horns at one point and Rachel got a little scared. Fortunately, Daddy held her and kept her safe. He's such a good Daddy. 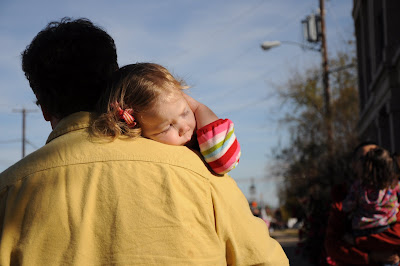 We walked past this Santa statue and Rachel seemed excited. But as she walked up to it, she got scared and hunkered over, pulling her shirt down over her knees, as if that would somehow protect her from the giant scary man in the bright red suit that was hovering over her. 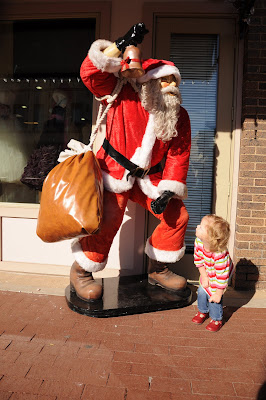 We walked past the crowd and found a perfect parade-watching spot. There wasn't many other people around and we could watch the parade as it made it's way around the corner. We watched marching bands, floats, and even this bagpipe band that was part of the fire department. Yes, the fire department has a bagpipe band. Who knew?! 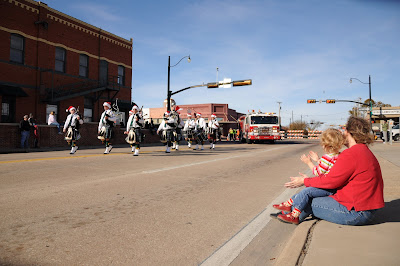 Since there wasn't anyone else around us, Rachel got a lot of candy all to herself. People in the parade would just walk right up to her and give her a handful of candy! 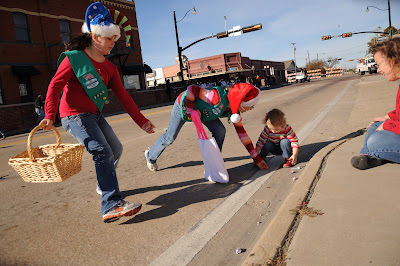 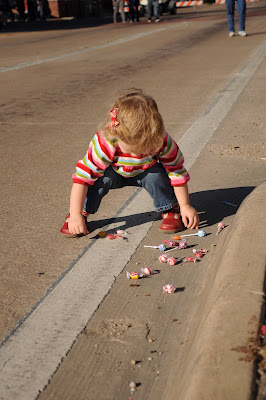 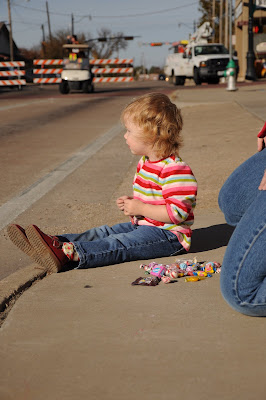 A little more candy for the sweet little girl... 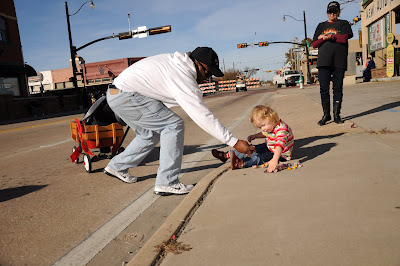 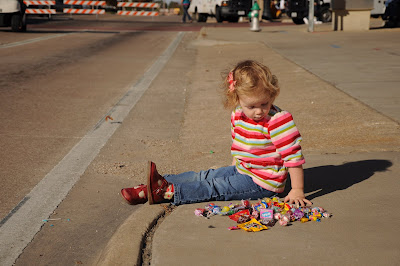 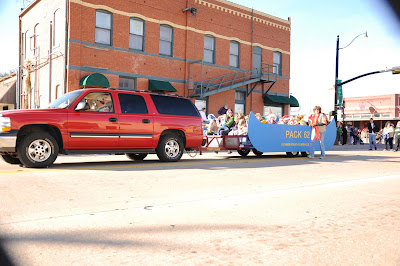 See the giant gapping mouth on Nicholas. He had just spotted Rachel's giant pile of candy! 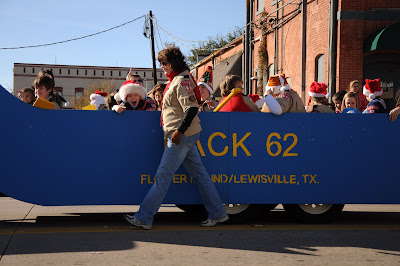 We watched some more floats including this cute Snoopy one. I love Snoopy! 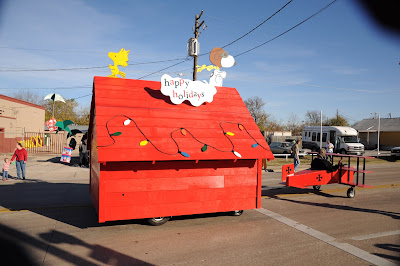 And of course, what would be a Christmas parade without a Santa Claus? 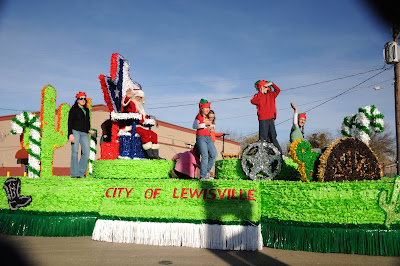 Nicholas and Rachel both had a great time at the parade. I'm glad Rachel got to watch it without big brother there to steal all of the candy for himself (yes, the sweet angel just might try to do that). I'm also glad that Nicholas got to experience riding in a parade for the first time and that he got to do it with his Cub Scout troop that he likes so much.
at December 04, 2010
Email ThisBlogThis!Share to TwitterShare to FacebookShare to Pinterest