Having a Jolly Time with the Cub Scouts

They played some games like Nerf target practice. I love Nicholas' stance. He takes his Nerf guns seriously. 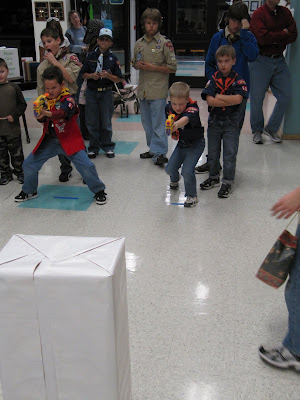 He did rather well and was one of the only ones in his group to get all of his shots on to the targets - pictures of the Scout Masters! 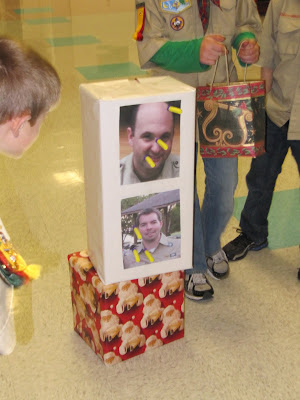 You start with a well decorated toilet seat. 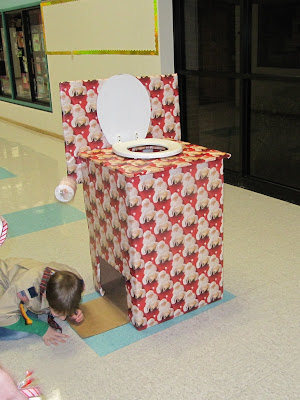 And some toilet paper and a good throwing arm and you have the classic Peppermint Pooper game! 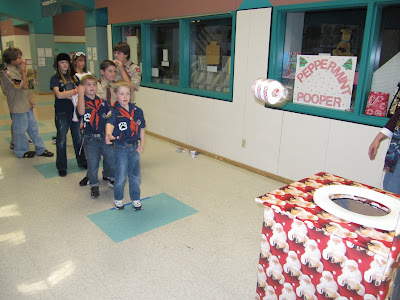 The boys even had a special jolly guest at their party - Santa himself! Nicholas was happy to sit on Santa's lap but Rachel put a death grip on my arm when I tried to bring her over to Santa. 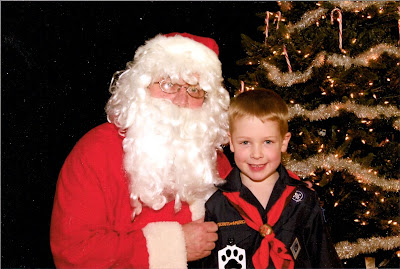 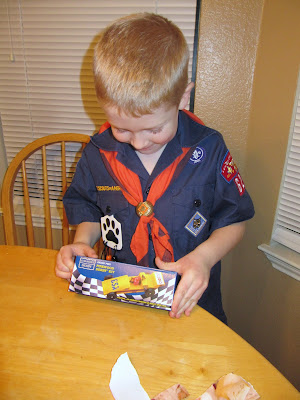