We were at a local kid's event recently and Rachel spun a wheel at a vendor's table and won a free 10 week class of ice skating lessons at Grapevine Mills Mall! She is a little young for ice skating lessons but Nicholas was happy to use the prize. He started his first lesson tonight.

They started by scooting along the outer edge of the rink while holding on to the railing. We were watching from some bleachers just above the rink and Nicholas was excited to find us in the audience. 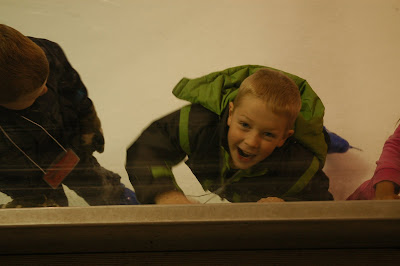 The class was rather large so they broke up into two groups. Nicholas had his fair share of hard falls but he did well for the most part. 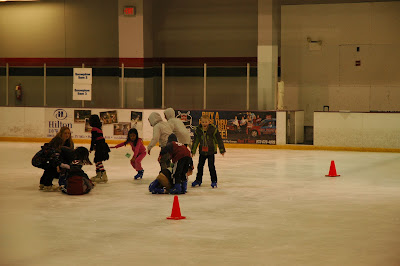 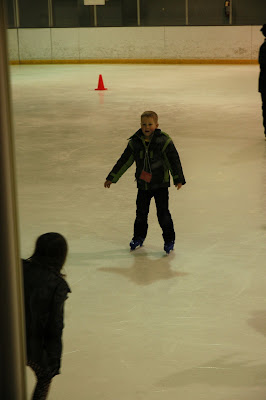 After class, Nicholas couldn't figure out how to get his ice skates off so Stuart had to help him! 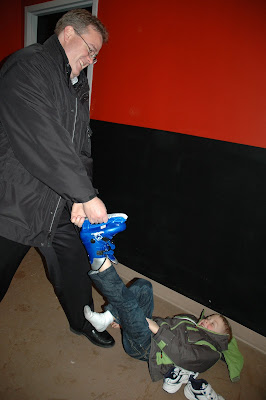 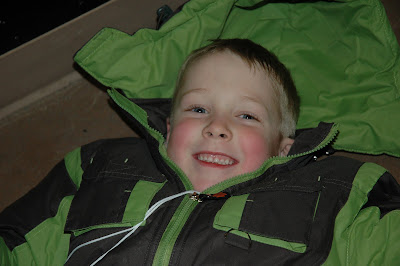 at December 08, 2010
Email ThisBlogThis!Share to TwitterShare to FacebookShare to Pinterest