Mommy, Can I Get A Haircut? 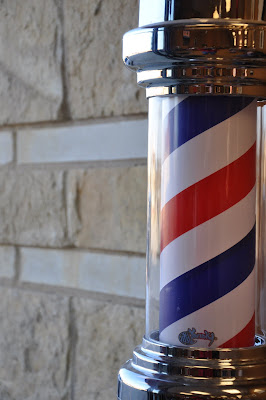 After the parade yesterday, we went by Mel's Barber Shop so Nicholas and Daddy could get a haircut together. 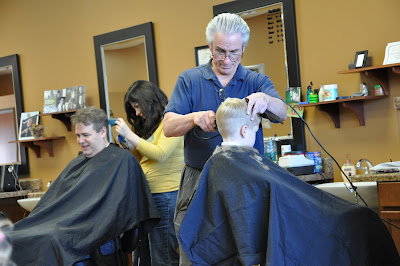 Normally, Rachel and I wouldn't go with them but the barber shop was about to close so we just played in the waiting room while the boys did their thing. She got excited when Mel offered her a lollipop, her favorite treat in the whole wide world! 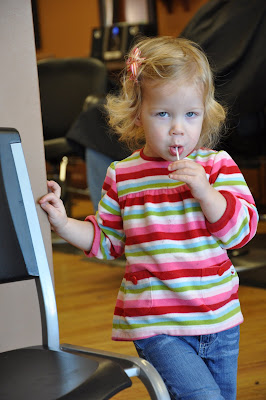 A few minutes later I caught her trying to sneak another lollipop. I can't blame her for trying! 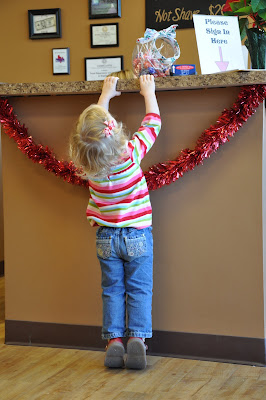 When I take Nicholas to get a haircut we usually go to a kid salon over by our house. It's quick and easy and he gets to play a video game while he gets his hair cut. Rachel usually plays at the train table the whole time and doesn't seem to pay much attention to what Nicholas is doing. But she seemed very interested in watching Daddy and Nicholas get their hair cut today. 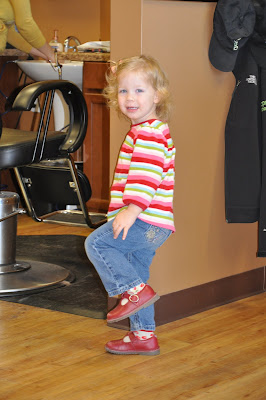 She has never had a hair cut. I usually pull bangs back in a barrette just to keep them out of her eyes. The rest of her hair usually has sweet little natural curls except for today when it has gotten windblown out at the parade. I've heard that those curls may not come back after her first hair cut so why rush it? Besides, she is easily frightened and I don't want to traumatize her with a hair cut if I don't need to.

But then it happened. Rachel came up to me, pointing to her head, and asked, "Mommy, can I get a haircut?" 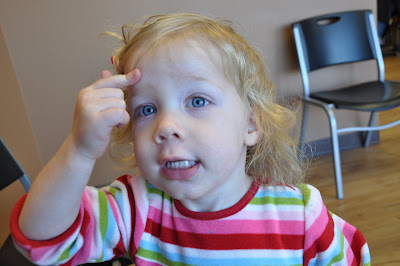 You don't need your hair cut yet and aren't you supposed to be scared of that anyway?

Rachel was so cute as she kept asking for a hair cut. So when Nicholas was done with his cut, the gentleman let Rachel sit in his chair and get a pretend haircut. 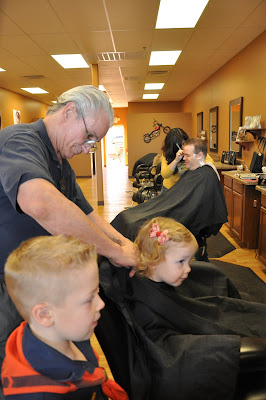 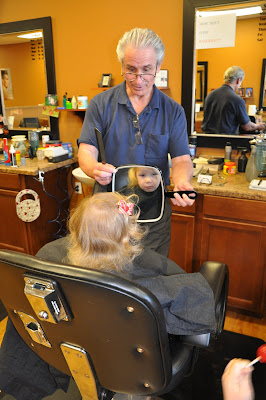 I think we'll hold off just a little longer on her first real haircut though.
at December 06, 2010
Email ThisBlogThis!Share to TwitterShare to FacebookShare to Pinterest