A Wild Time at the Dallas Zoo

Welcoming summer with some splashing fun at the zoo: Priceless! 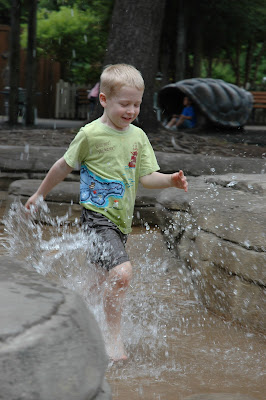 We had a fun day at the Dallas Zoo today with our friends. Between the Dallas, Fort Worth, and Gainesville zoos, we go to a zoo quite often. But it never fails that we learn something new and discover new animals each time. And it's such a simple way to have fun while you learn! Nicholas' favorite part of this trip was the meandering river in the children's zoo where kids are welcome to splash around and get wet which of course Nicholas had to do!

Nicholas also enjoyed the pony rides. He likes to pretend to ride an imaginary horse around the house so it was fun getting to ride a real pony again. I think this was just his second time on a pony. 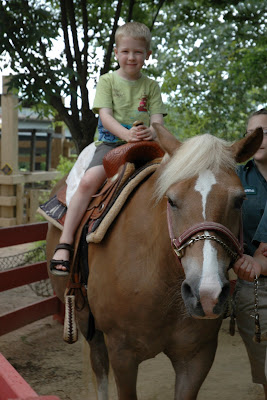 In the children's zoo there was a neat climbing structure made out of rope to look like a spider web. Nicholas and another little boy had lots of fun playing here. Nicholas is pretending to be a bug caught in the web and the other boy is the spider coming over to grab a little snack. 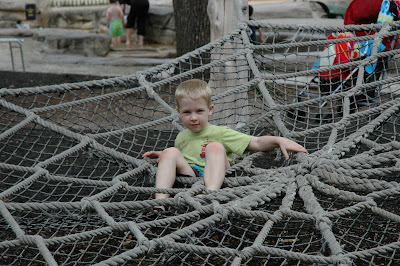 We saw lots of the regular animals like giraffes, elephants, tigers, monkeys, etc. 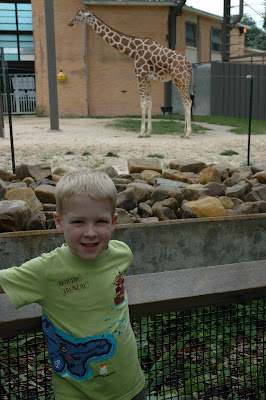 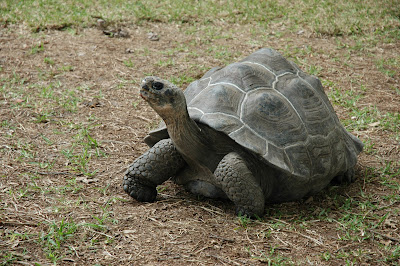 But we also a new creature. There were three albino crocodiles! Two babies and a one adult. (Why did Blogger rotate my picture for me? It's not supposed to be vertical!) 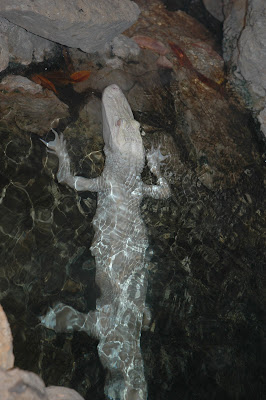 Our absolute favorite part of the Dallas Zoo is their Nature Exchange. It's is just so cool! Nicholas can bring in anything from his collection of nature "finds" such as seed pods, rocks, shells, dried leaves, etc. He can get points for the items he brings in and he gets more points for being able to tell the Nature Exchange workers all about the items he brought. He also gets points for the quality of the items, the effort taken in collecting or preserving the items, and for keeping a nature journal. He can then use those points to trade in his items for other items in the Exchange. And let me tell you, they have some cool stuff in the Exchange! 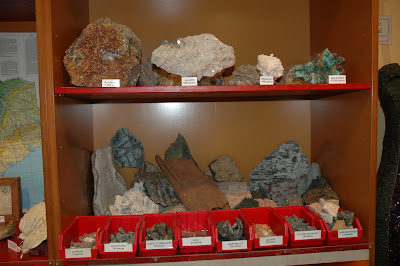 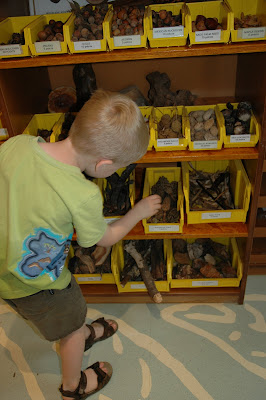 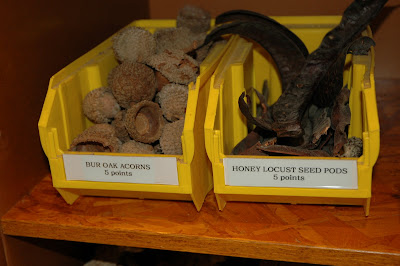 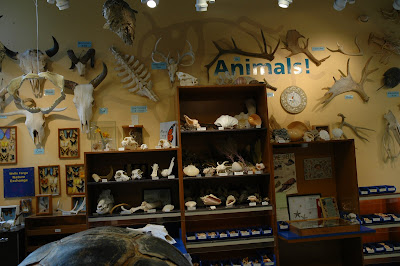 Just to throw in a little bit more education into our trip, I asked Nicholas to read the signs so we would know where to find certain animals we were looking for. He is doing really great with his phonics work but he also used some common sense in reading the words. He would read the first part of the word and then just guess at the rest of it but it was successful enough for him to find the animals he wanted to see. 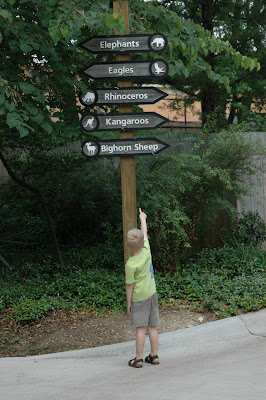 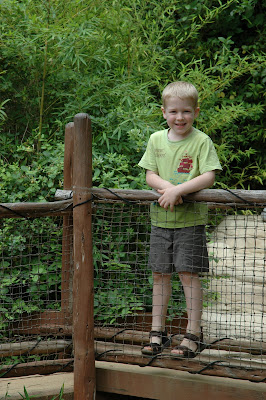 Rachel sits up well enough now that she can sit in the stroller without being in her infant carrier which means that she can face forward and see all of the action. It certainly makes it more fun for her but it also means that she doesn't get bored as easily and is less likely to want to be picked up and held during an excursion. Hooray! It's not fun to have to hold baby, push an empty stroller, and keep up with the 5 year old.