Nicholas just LOVES science experiments! He is always asking me if we can do an experiment of some kind. If I don't have one for him, he will often do his own "experiment" which often just consists of measuring out and mixing up a weird combination of ingredients and seeing what it looks like.

So today, as part of Swine Break '09, we did a science experiment and made our own slime. It was fun but while he was making it I also talked about the processes of saturation and chemical bonding to make it educational too! The slime stuck to itself well but didn't make a mess by sticking to everything it came in contact with which I appreciated. I've included the recipe below in case you want to try it out too. 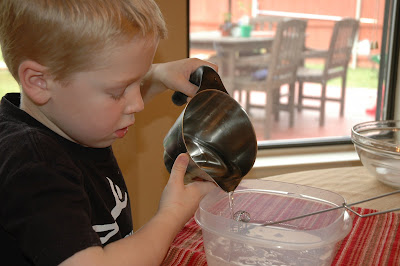 You want the Borax to completely dissolve in the water so that the water is saturated. Ours didn't completely dissolve so we added a little bit more water until we got it just right. Once the solution is saturated, add two tablespoons of the glue and water mixture and stir quickly. The Borax binds the glue molecules to each other making the whole mixture a thick slime. 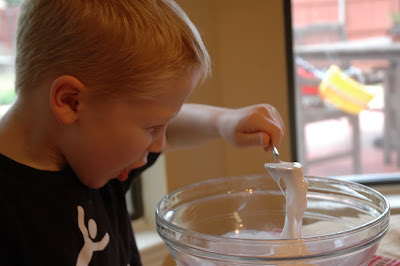 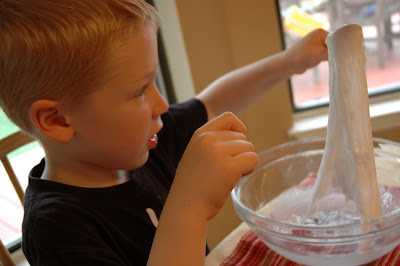 Add food coloring and knead into slime until color is thoroughly mixed throughout the slime. 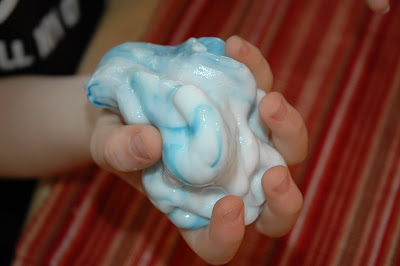 You can make multiple batches of different colors and store them in Ziploc bags to keep them from drying out. Ours didn't last that long. Nicholas wanting to take the slime outside and play with it.

He checked to see if it would stick to the side of his fort. Nope. 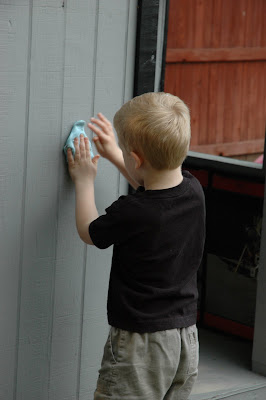 Then he took a stick and said that we were now playing Man vs. Wild again (he loves this game!). He said that the slime was a giant marshmallow that we found in the wild and that we could put it on the stick and cook it over a fire (aka his old turtle sandbox). 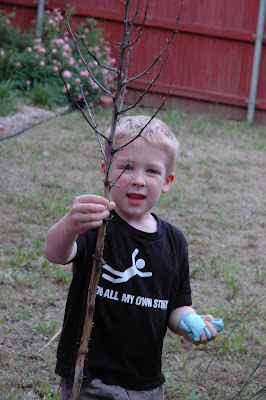 Once we were done playing with our slime, it had an entirely new texture to it. It now contained lots of little pieces of dirt, leaves, sticks, grass, etc. so we decided to chunk it in the trash. But what fun we had with it and it was so easy to make! 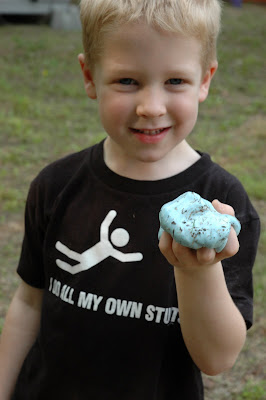 at May 05, 2009
Email ThisBlogThis!Share to TwitterShare to FacebookShare to Pinterest