We said we weren't going to do it. Why fall victim of the crazy hype? So what if a new Lego store is having their grand opening this weekend? It will be the same store a week from now minus all of the crazy mob of people. We'll just wait and go later....

We were doing great until something clicked and we lost it. Somehow we found ourselves packing up the kids and going to the grand opening of the new Lego store at the mall. No, we didn't need any new Legos and no we didn't particularly feel the urge to be smooshed in a large crowd of people. But what else are you going to do on a perfectly good Saturday???

We made it to the mall and walked up to the store. Wow, there isn't a mob of people in there after all. I guess they've all cleared out by now. Good deal. We walk up to the entrance and a guy in a Lego apron kindly smiles to us and points into the mall stating, "The line is over there. We can only let in a few people at a time". Oh. Okay. Hmmm. So we walk over to the line looking for the end of it. We keep walking and walking and walking....Where does this line end?! We finally found the end and learned that it would be a minimum of a 45 minute wait. Well we're here now. No point in turning around and going home. So Stuart and Nicholas walked around the mall while I stayed with Rachel in line. I talked to some of the Lego people mulling around the line and learned that earlier this morning there was a 2 hour wait to get into the store!

Finally, we made it into the store. It was fun looking at all of the displays and seeing so many Lego kits in one place. We even saw a kit of the Star Wars Millenium Falcon which includes over 5000 pieces and sells for a mere $499.00. Ouch! 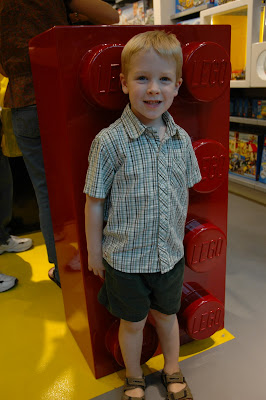 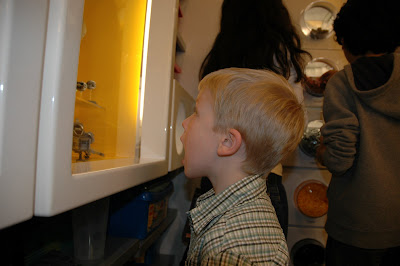 This was my favorite part of the store by far. It is the wall of bulk Legos. You can pick out whatever kind of individual Lego pieces in whatever colors you want. It was fun just looking at all of the colors and touching all the different pieces. But it was a bit overwhelming when we tried to actually pick some out. There were just too many choices! 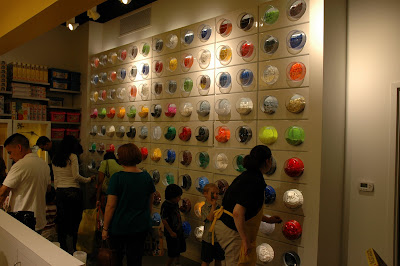 The highlight in the store was a life-size Indiana Jones holding the crystal skull made entirely out of Legos! How inspiring. It makes me want to go home and build something really cool! 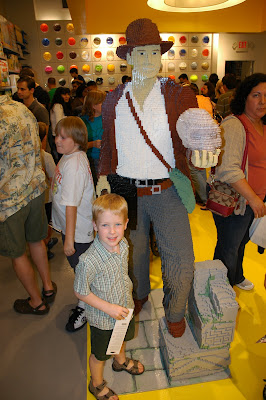 Once we picked out our few items, we had to wait in another line to check out. By now I think they had let in more people than they had before because it was getting very crowded and it was very difficult to manuever Rachel around the store in her stroller - although it may have actually helped me to push my way through the crowd at times! 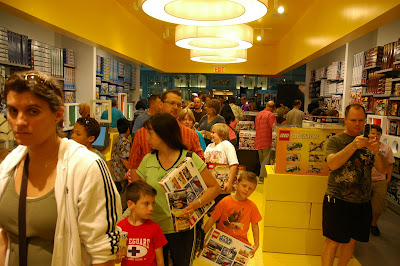 After spending hours in lines and shopping at the Lego store, we were tired and hungry. We decided to check out our favorite Tex Mex restaurant that had opened a new location in Plano. Thank you, Chuy's! 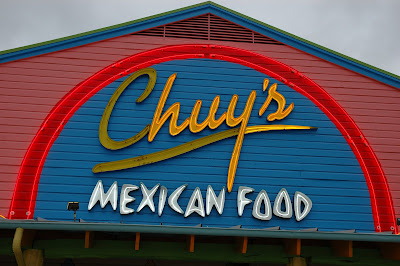 We got there at 5:30 and thought we were doing great to be there so early and miss the dinner rush. Wrong! This is Chuy's - very good food, cool place to hang out, and great drinks. At 5:30 in the afternoon there was already a one hour wait. Crazy as it is we decided to stick it out. No we don't love waiting but we know what we love and sometimes it's just worth it. We had a great meal and a fun time.
at May 17, 2009
Email ThisBlogThis!Share to TwitterShare to FacebookShare to Pinterest