Nicholas completed his karate test for orange belt yesterday. We are so proud of him! He has been taking karate with Karate for Life since January 2010.

He was the only yellow belt ready to test in the school so they just had him complete part of his test during a regular class so he didn't have to wait for others to complete a group test.

The class always lines up at the beginning to recite the student creed.

* I will start each day with a positive attitude because my attitude determines my success.
* I will work hard to develop focus, confidence, self-discipline and I will always show respect for others.
* I will use common sense before self defense.
* I will take responsibility for my actions and do everything in my power to be the best that I can be. 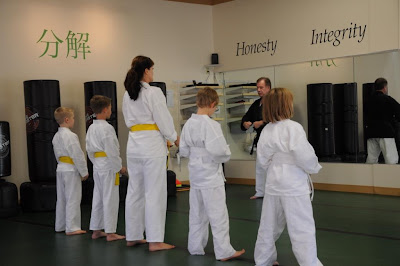 They do some warm up exercises and stretches. 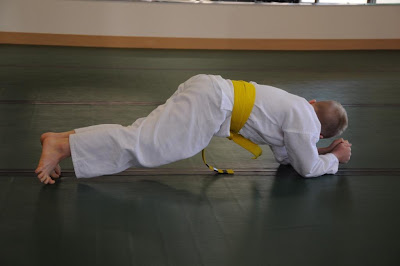 They practice their routines and learn new moves. 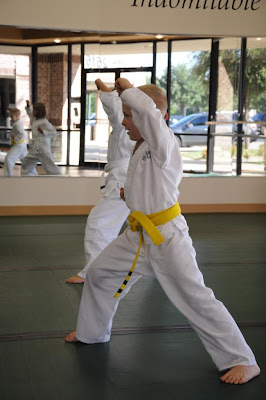 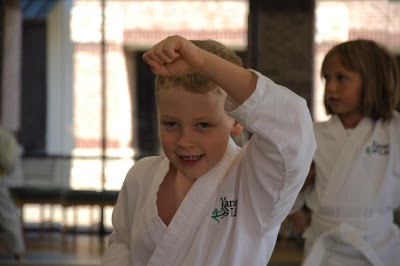 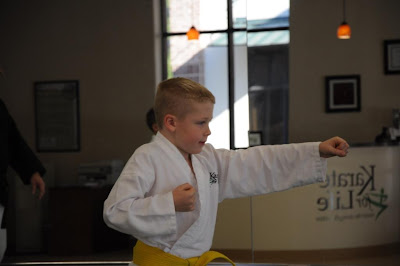 Although they are not ready to actually contact each other in defensive moves, they are starting to learn some basic self defense as they pretend to kick the bad guy attacking them. 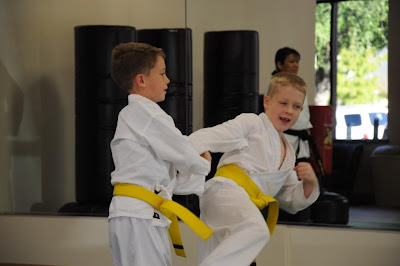 Nicholas did several routines to complete his belt test for orange. This is Form 1 which includes moves such as low block, reverse punch, rear leg front kick, double punch, and horse stance.

This is Form 2 which includes fighting stance, rear leg front kick, round kick, side kick, back fist, back stance, and sudo block.

Finally, this is his most recent routine to learn, Chon Ji. It includes front stance, low block, lunge punch, and scoop block.

Nicholas did great on his belt test and was awarded an orange belt! Master Haddock placed the belt on the floor and Nicholas kneeled down and pressed his brow to the belt. This ritual is touching because the first sweat on the new belt is the sweat it took to earn it. 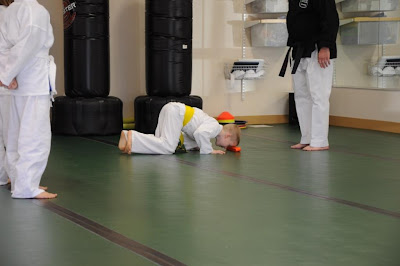 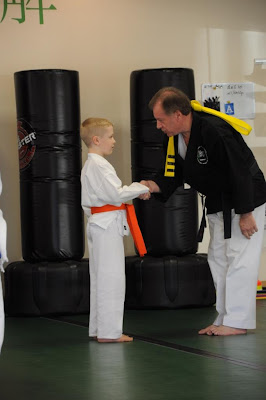 Nicholas with Master Haddock, his instructor and 5th Black Belt in American Karate 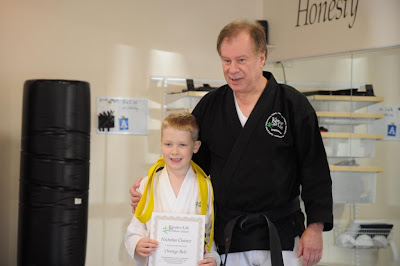 at October 05, 2011
Email ThisBlogThis!Share to TwitterShare to FacebookShare to Pinterest
Labels: karate