Nicholas has been taking ice skating lessons at Polar Ice in Grapevine since December. He was really shaky on skates at first but Stuart had been great about getting out on the ice with him to help him practice his skills. He's turned out to be quite good at it.

Nicholas participated in the Polar Ice Spring Show. His class did a little 1 minute performance with a Mario Bros. theme. Nicholas got to be Donkey Kong. He loved it! His costume was simple, just brown clothes. 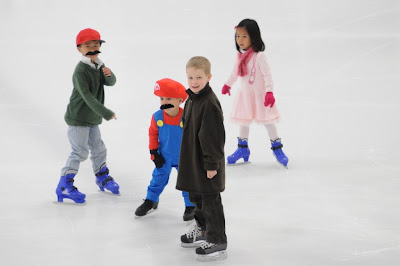 He's always smiling when he's on the ice. 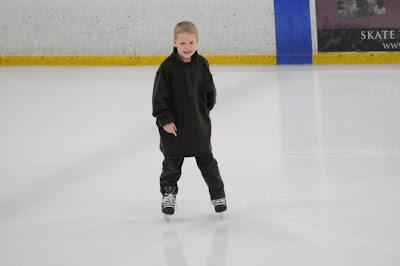 Nicholas loved banging on his chest and making monkey sounds. What a perfect role for my little monkey. 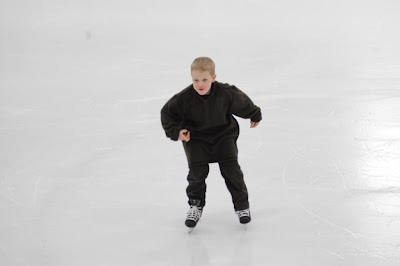 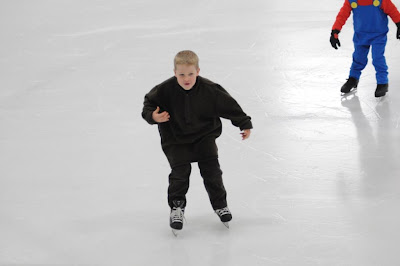 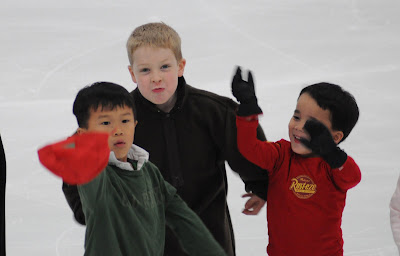 At the beginning of the skit he is supposed to throw barrels like Donkey Kong does in the real game. But we couldn't come up with a good idea that would be workable for the show so he just pantomines it. Here's the actual show...don't worry, it's really short.

The crowd really loved how Nicholas hammed up his monkey role for them as he skated off the ice. He's a natural performer!

We stayed for the after show party where everyone got drinks, snacks, and cake. Nicholas made three new friends and had everyone laughing. What a charmer. 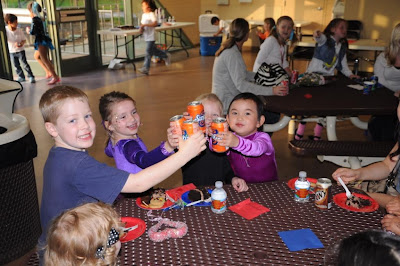 at May 01, 2011
Email ThisBlogThis!Share to TwitterShare to FacebookShare to Pinterest