We had a birthday party for Nicholas at Zone Action Park in Lewisville. It's May and we've been wearing shorts and spending all day outdoors. But this morning, the day of his birthday party, the weather suddenly turned cold and drizzly. That wasn't much of a problem for playing video games indoors but the main reason that Nicholas wanted to have his party at Zone Action Park was because of the go-carts (which don't run in the rain).

The party starts indoors with balloon animals. Nicholas asked for several things that the lady didn't know how to make. He told the lady that his Daddy could show her how to make them. He's a little spoiled because Stuart makes all kinds of neat balloon creations anytime they ask for them. 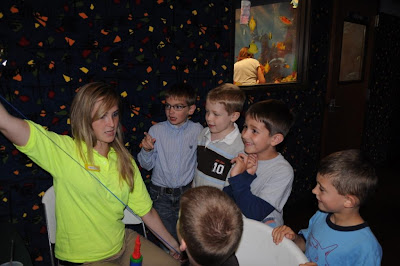 There was also face painting. Nicholas wasn't interested in this (he just wanted to go play). However, Rachel wanted her face painted. I was amazed because she's never been brave enough to do this before now. 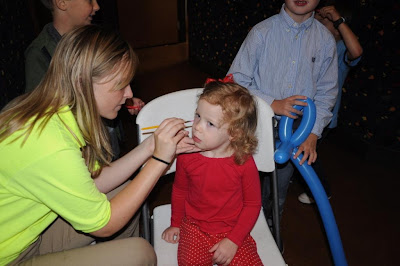 She chose a pink heart. 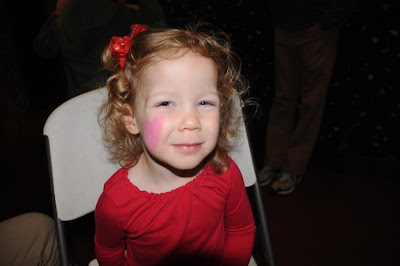 Next we were all given tokens (included in the party package) and let loose in the arcade. The arcade was rather small but there was plenty of variety in the games to keep everyone happy. And of course, they have games that give out tickets that you can collect and turn in for various prizes. 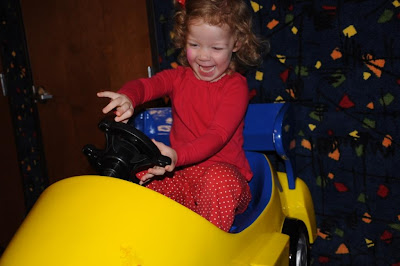 Nicholas played games with Daddy and his friends. 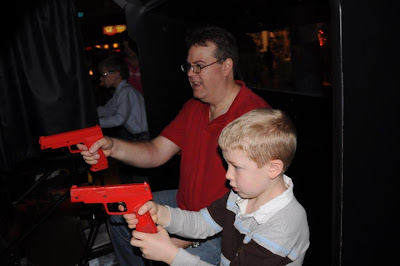 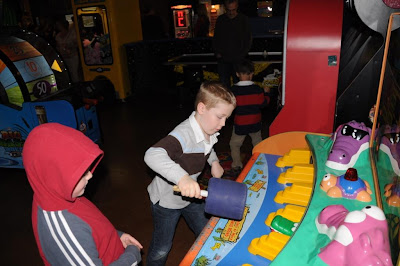 Zone Action Park includes pizza and drinks in their party packages. I love a party where I don't have to worry about all of those details. 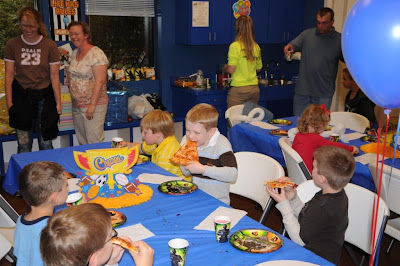 Although you can't bring outside food into the party, you are allowed to provide your own cake or cupcakes for the celebration. Since Nicholas had a G.I. Joe theme to his party, he picked out a cake with a tankbot...a military tank that transforms into a robot. 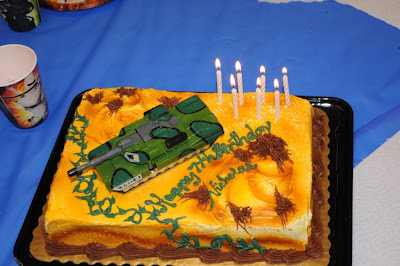 Finally the rain had stopped long enough to let them get the track dry so everyone ran out to the go-carts! 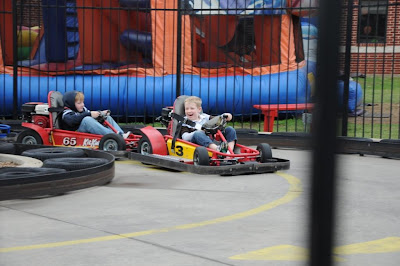 Nicholas had so much fun on these even though it was pretty cold out there. 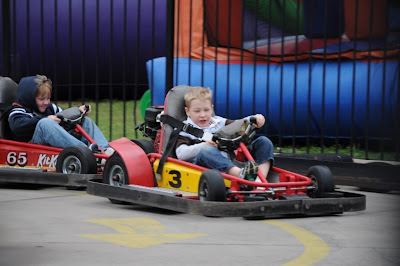 Happy birthday, sweet boy. We're so blessed to have you in our lives. 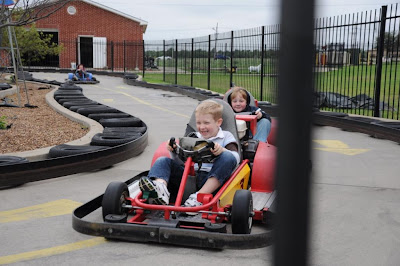 Zone Action Park is located at 1951 Summit Ave. in Lewisville. They have birthday party packages starting as low as $145 for 8-12 kids which includes 3 pizzas, 144 game tokens, 12 go-cart tickets, unlimited miniature golf and bounce house fun. They are open for drop in play and also offer daily specials and group packages. For more information, please call 972-317-7373 or visit the Zone Action Park website.
at May 01, 2011
Email ThisBlogThis!Share to TwitterShare to FacebookShare to Pinterest