My mom started a coin collection when I was itty bitty. Over the years, she would stumble across something to save or else she purchased a piece here and there. When I was little, I saw a cardiologist who was from India. He often gave me old foreign coins to add to my collection as well. As I got older, I purchased a few pieces on my own. It's not a huge collection and there aren't any extremely rare coins in it but I do some pieces from as old as the 1700s and there is a lot of variety so it's just fun to pull out and look at sometimes.

In one of Nicholas' reading books for school, he had read about kids collecting various things. I told him about some of my collections, including my coin collection. He asked me several times to see it and I finally got it out for him today. He got so excited as he looked at all the different designs on the coins and he loved looking at the really old coins.

He got so excited that he has decided to start his own coin collection!

He wanted me to "start his collection" off by giving him a few of my coins. I suggested he wait a little bit before jumping into coins of much value because it will be hard for him to save up enough money to buy more of those coins for his collection.

Instead, I suggested he start more simply (and cheaply) by beginning a collection from the U.S. State Quarters program. The first State Quarter featuring Delaware was released on January 4, 1999 and new quarters were released at a rate of five designs per year through 2009. The steady stream of new designs released into circulation kept the interest level high for collectors of the series. The easy accessibility of these coins makes it a great way for kids to start gaining an appreciation for coin collecting.

Nicholas was quick to dump out his piggy bank and start looking for state quarters. 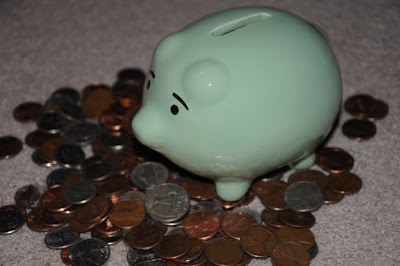 There were a lot of pennies but he did find a few quarters. 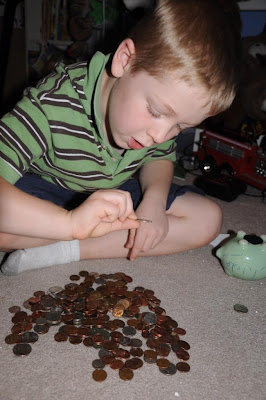 I printed off a list of the quarters with their date of issue and picture so that Nicholas could check off the ones he has and see which ones he still needs to add to his collection. 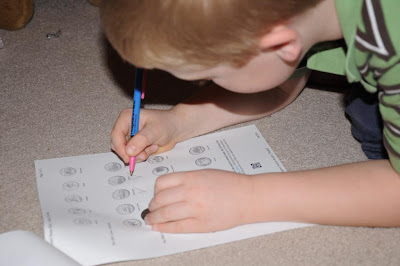 He wanted a special place to put his new coin collection so that he didn't accidentally spend them. For the time being, I've let him use this little wooden box that belonged to my grandmother. It seems perfect for this since it kind of looks like a little treasure chest. 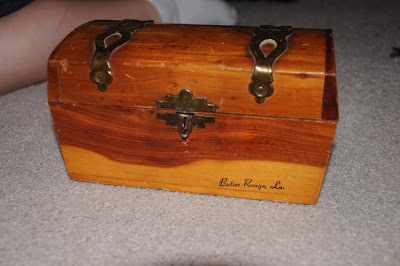 I've seen some cardboard fold out maps of the U.S. that have slots in each of the states to hold the state quarter. The next time I'm at a bookstore or teacher supply store I'll look for one of these. It would make it more fun for Nicholas to be able to see all of his quarters with their corresponding state on the map. Why not add a little geography lesson in there, right?

The U.S. Mint has lots of great educational information on their website. You can find lesson plans for teachers and parents to help teach kids about the State Quarters program. There is also a whole site called H.I.P. Pocket Change that is kid friendly with games and animations to help kids learn about coins.
at May 14, 2011
Email ThisBlogThis!Share to TwitterShare to FacebookShare to Pinterest