2 Happy Children and One Headache

The other day Nicholas was reading a story for school that was about rhythm and marching bands. So to make things a little more fun, I pulled out our box of musical instruments. 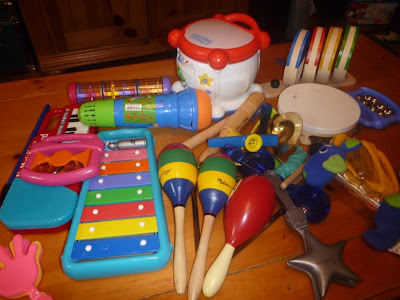 The box has been on a bookshelf in our office upstairs along with some other toys. The instruments don't seem to get played with very often anymore. But when I dumped the box out on the table in the living room there was an instant buzz and the kids got all excited about them. I guess they have just forgotten about them because we do have some fun instruments, mostly given to the kids by their grandmother. When Nicholas was little, she gave him the Melissa and Doug Band In A Box. It's a great set of fun instruments to shake, bang, and clang.

Then for Rachel, she gave her a Plan Toy drum set and percussion set. These are really well made toys sized perfectly for little hands. The little percussion set comes with four instruments and its own cute little stand. 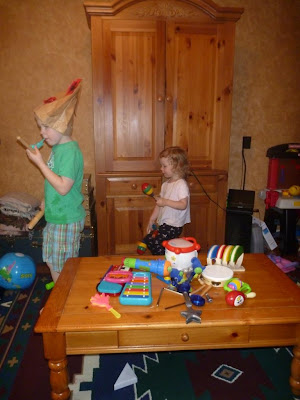 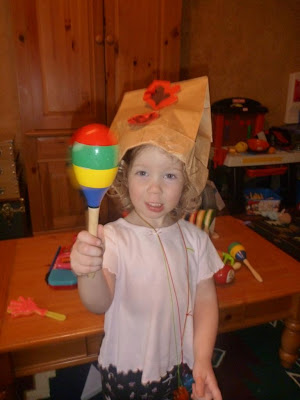 2 happy children and one headache later, I put the instruments back on the shelf in the office and wondered why in the world we have so many clanging instruments that don't have volume control knobs.
at May 25, 2011
Email ThisBlogThis!Share to TwitterShare to FacebookShare to Pinterest