Last night, Nicholas had a belt test at Karate for Life. He started with them in January 2010 in their Little Dragons program. Now he's in the regular karate class and testing for his Yellow Belt. 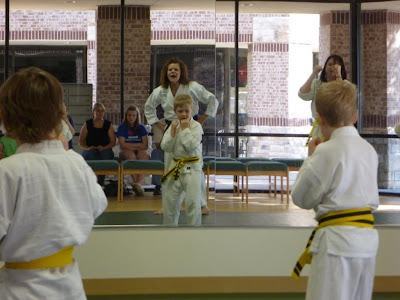 He really enjoys karate and he practices at home all the time. 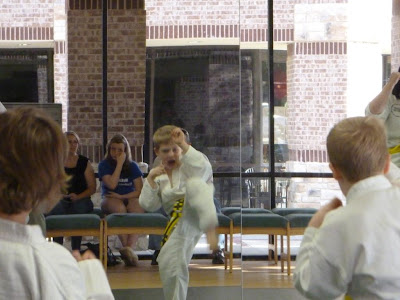 I can tell that it has built some strentgth and balance in him which is one of the reasons I wanted him to try it. I'm glad that he really enjoys what he is doing as well. 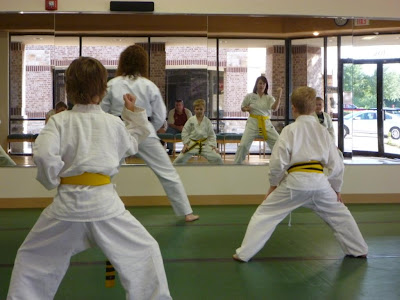 He's even starting to learn some defensive moves in case he needed to get away from a 'bad guy'. 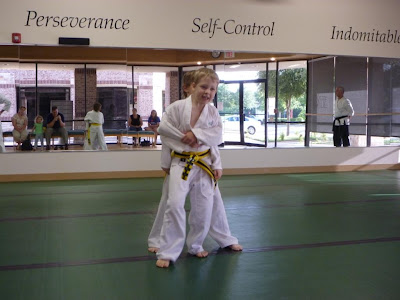 Here's a video of him performing the Form 1 routine.

Nicholas passed his belt test to get his Yellow Belt. They perform this ceremony where the student bows down to touch his forehead to his belt so that the first sweat on the belt is the sweat is the sweat it took to earn it. 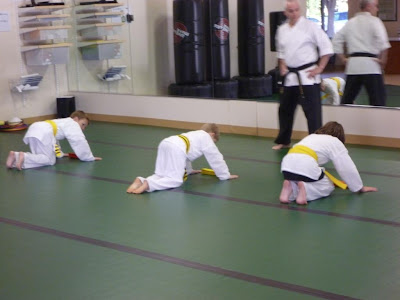 Mr. Hunt puts on his belt. 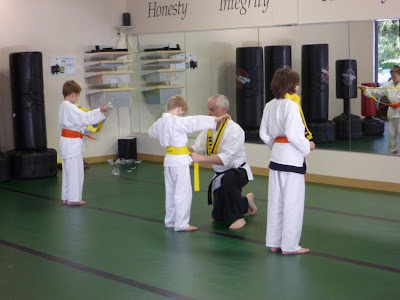 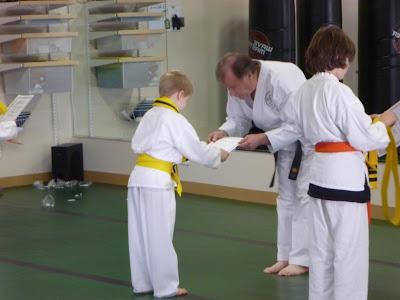 And, of course, high fives! 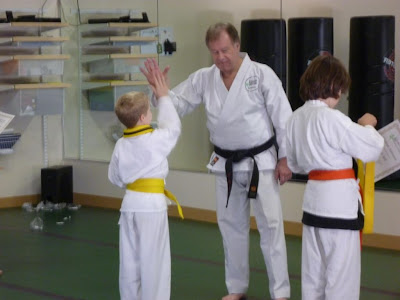 Congratulations to everyone who passed their belt tests today! 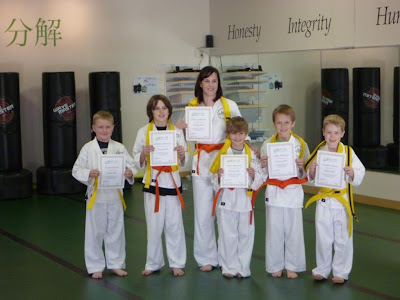 I know Nicholas couldn't be prouder. He has been working hard to reach this day. 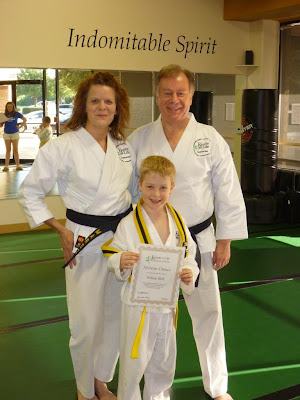 We are proud of you too, Nicholas!
at May 27, 2011
Email ThisBlogThis!Share to TwitterShare to FacebookShare to Pinterest