Nicholas and his friend had fun making Valentine's swirl crayons. They started by getting out some old broken crayons and separating them by color. 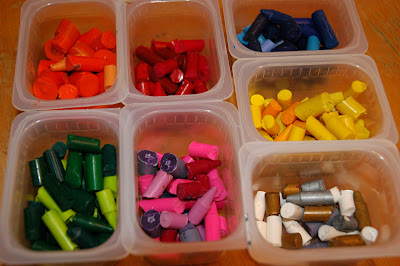 Then they each took crayon pieces and filled their heart molds. 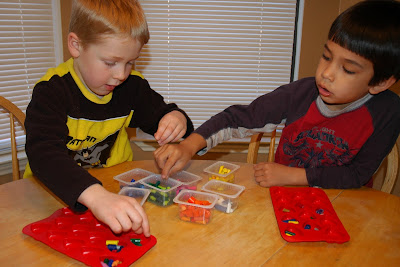 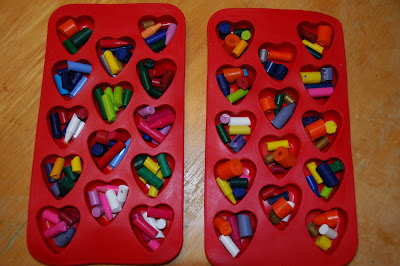 Next I put the molds in the oven at 250 degrees to let the crayons melt. It took about 8-10 minutes to melt. 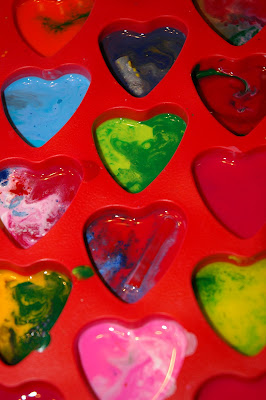 We let them cool completely before trying to remove them from the molds. Flexible molds are great for this because you can just turn them over and press the crayon out from the back. 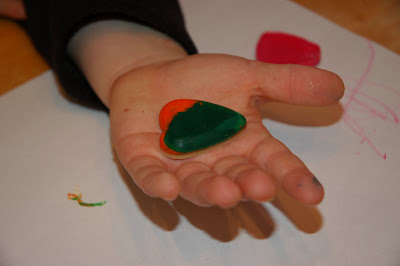 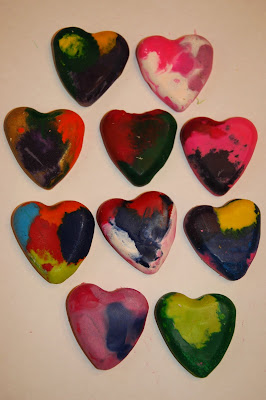 Now we have cool swirl colored heart crayons. Nicholas thinks this would be a fun gift for his school friends instead of the regular little paper Valentine's that they usually exchange. I like it because it used up a bunch of old broken crayons that weren't getting used anyway.

But I will have to find some new molds to use if we are going to make more of these. I just bought these at Target in their dollar section. I thought they were silicone baking molds but I admit that I don't recall actually reading the label on them. I would now bet that they aren't intended for the oven. By the time I took them out the sides of the molds were starting to droop as if they were melting! Ooops! I bet they were really ice cube trays :) Oh well. Be sure to look for real silicone molds - which probably won't be found in the dollar section.
at February 10, 2010
Email ThisBlogThis!Share to TwitterShare to FacebookShare to Pinterest