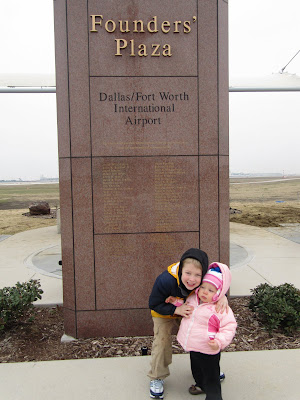 Both of our children love watching airplanes. Well actually Rachel doesn't understand much about them but she does point to them in the sky and grunts as they fly overhead. But we all had a good time visiting Founder's Plaza at DFW International Airport. It is a great observation area for watching the planes take off and land but what's really cool is that you can also hear live radio transmissions between the control tower and the planes. 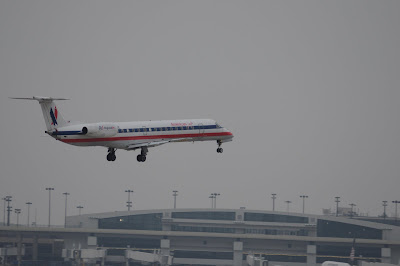 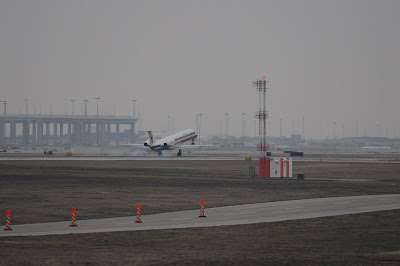 Nicholas especially loved watching the planes through the onsight binoculars. I love this picture of him standing on his tip toes. 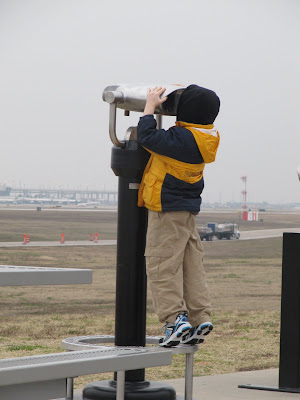 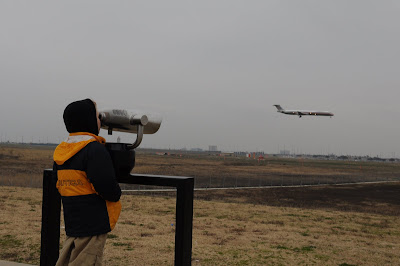 Of course, it doesn't take much for him to have fun. He and Rachel seemed to have a blast playing under this information station! 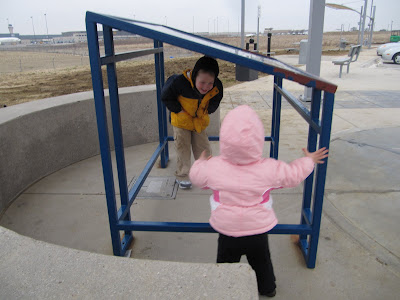 There was a lot of information on display to help you get to know more about this huge airport. It was opened in 1974. At the time it was built, it was the largest and most expensive airport in the world. It is larger than the island of Manhattan and cost $700 million. It is the only aiport in the world with three FAA control towers. It was also the first commercial airport to host a space shuttle landing which occurred in 1989 with the NASA Space Shuttle Atlantis.

There are cute statues of three children pretending to fly like airplanes. 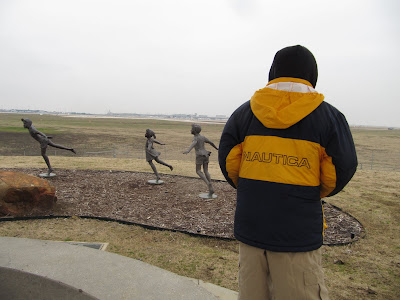 Nicholas had to tickle the foot of one of them! 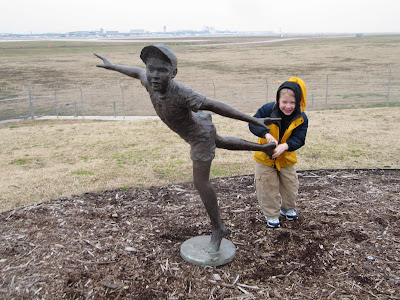 Rachel liked watching the planes but as usual she was more interested in just walking as far as her little feet would carry her. 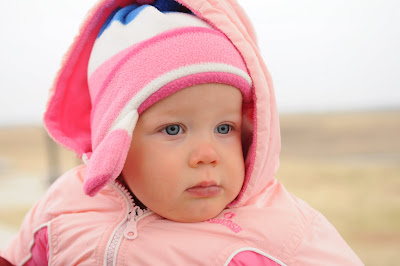 It was a bit chilly so we didn't stay as long as we would have liked. There are picnic tables out there so I look forward to going back when it's a little warmer and staying for a while. It is so close and so easy to find that we plan to go back often. Check out this map for specifics on how to find it.
at February 22, 2010
Email ThisBlogThis!Share to TwitterShare to FacebookShare to Pinterest