It Just Keeps Coming Down! 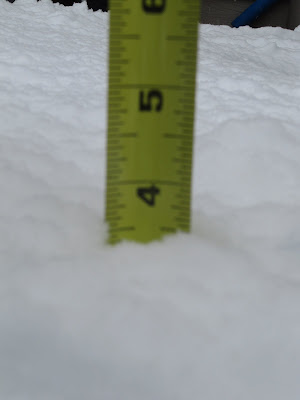 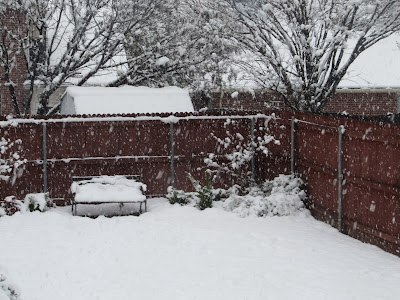 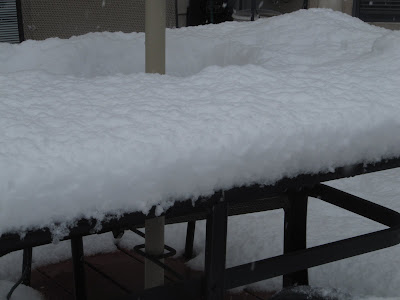 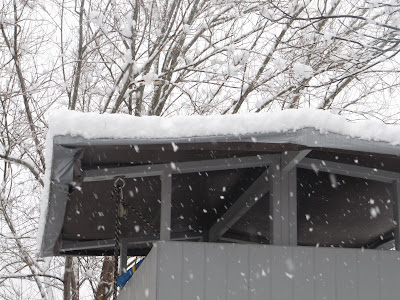 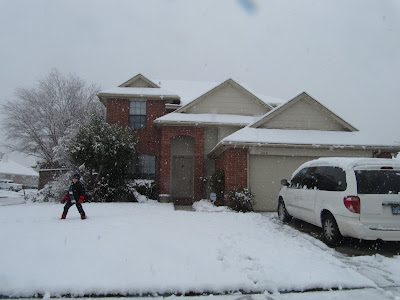 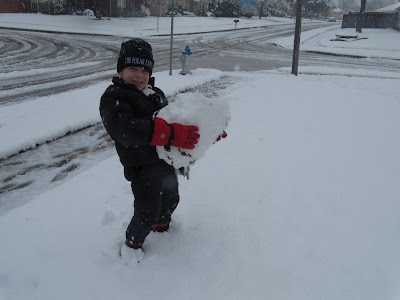 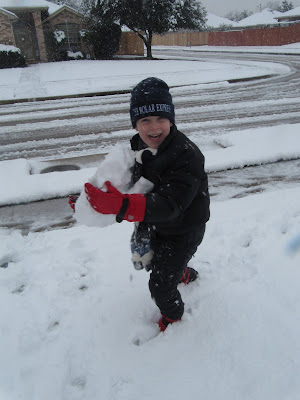 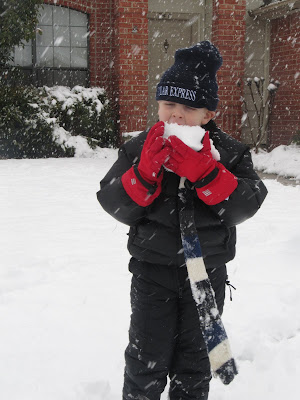 Here's a quick video of the snow falling in our backyard. This is mostly for Daddy's sake since he can't be here to enjoy it. Big snowflakes. So pretty.


If you drove around town today, did you happen to see the FOOLS up on The Mound?

...That was us! We brought some makeshift sleds to the top of the snow covered Mound. The top of our turtle sandbox seemed like a good idea. Alas, The Mound had some rather tall grass poking up through the snow and it isn't as steep as you really need to go sledding. I wish we had come up with some way to attach a rope to the sled. It would have been fun to pull Nicholas around on the turtle top. Maybe Daddy can help us come up with something when he gets home from work. I still can't believe he didn't get a snow day! 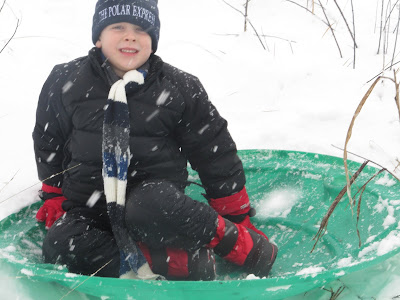 On the way home, I pulled over in a shopping center to take some pictures of some of the snow. One of the stores there is a pet store and they made their own snowman decorated with dog treats and raw hides. Cute! 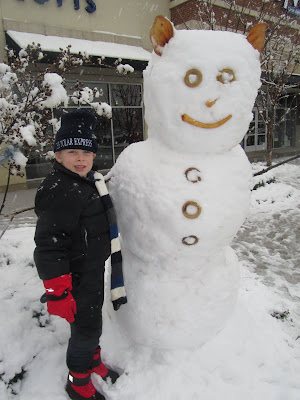 Look how thick the snow on the top of my car is! 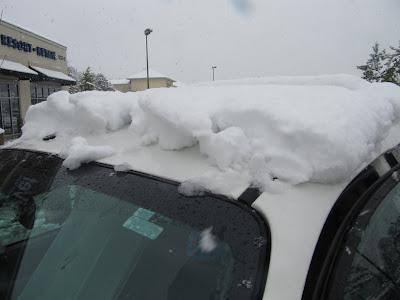 I just love how beautiful the snow is on the trees. Sometimes it just seems to shimmer. Nicholas says it's looks like frosting. I think he's right! 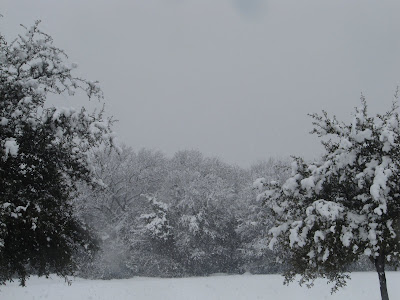 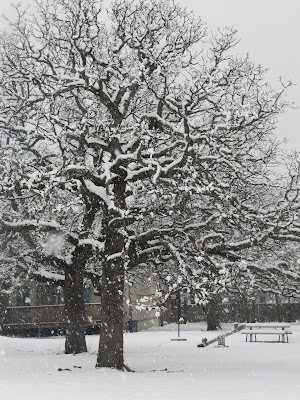 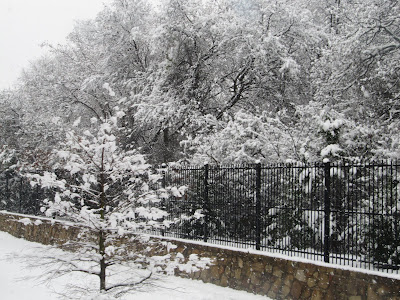 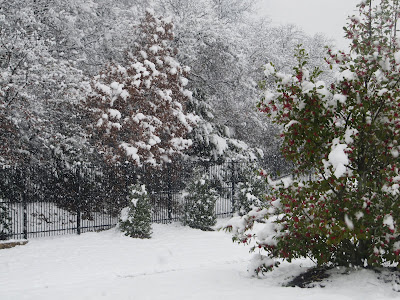 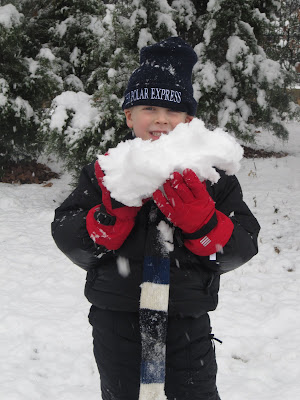 Rachel is napping now and the boy and I will surely be out in the snow again soon. I just heard him rummaging around in the kitchen so I checked to see if I could fix him something to eat. He said, "No, I'm going to try this lime juice I found!" Ewww! I tried to warn him but then I figured it would be good for him to try it and see that he doesn't like it. He's seen that little green plastic lime in the fridge for a while now and he always asks to try it. Here he is with his lime and a cup... 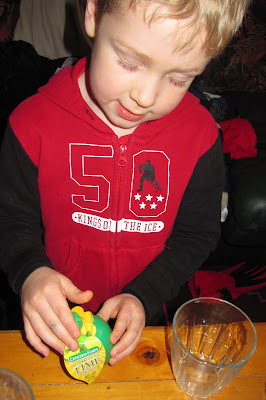 Now he says, "Ewww!" too. Nicholas has decided that he doesn't like lime juice from the little plastic lime.
at February 11, 2010
Email ThisBlogThis!Share to TwitterShare to FacebookShare to Pinterest