This morning after breakfast I was playing with a new Nikon flash that we got. I was taking test pictures and making adjustments each time to see how the different lighting affected the pictures. Stuart and Rachel just happened to be my test models because Nicholas was busy running around playing. 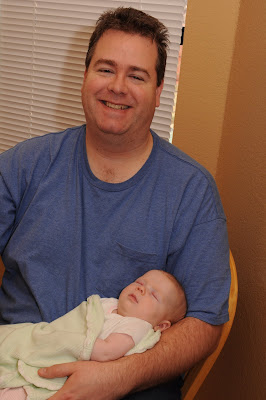 Nicholas apparently got a little jealous that Stuart and Rachel were hogging all of the camera time because he creeped up behind Stuart so that he and his toy could get in the pictures too. 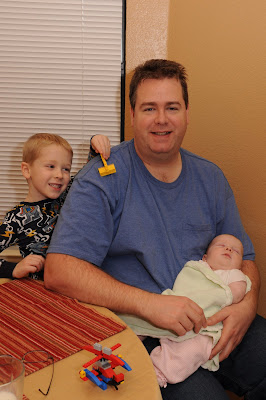 I think we are doing a pretty good job of sharing our attention between Rachel and Nicholas and making sure that Nicholas gets lots of one on one time with each of us. But it is hard and no matter how much we try, we obviously can't give him the same amount of our undivided time that he had before Rachel was here. He'll work through it just fine though.
at January 10, 2009
Email ThisBlogThis!Share to TwitterShare to FacebookShare to Pinterest