Mom, You're A Space Cow!

Nicholas was playing by himself but decided he wanted me to play with him. I wasn't really paying much attention to him at the time but when he said, "Mom, you're a space cow!" I couldn't help but say..."WHAT?!" Maybe it's just me but that doesn't sound like a nice thing to call someone. Of course, he clarified what he meant by that. Apparently his cow flashlight was now a flying space cow that was carrying two Bionicle action figures and I was supposed to fly it around while he flew around the Mr. Potato Head body that was carrying several of his mini spaceships. 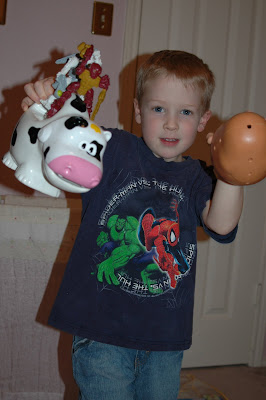 So I flew around the space cow for a while. We eventually made it to the park where we spent the rest of the afternoon. Nicholas, of course, brought his Mr. Potato Head spaceship and showed it to some new friends he met at the park. 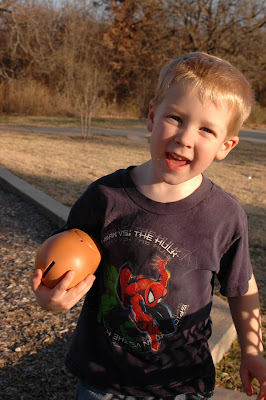 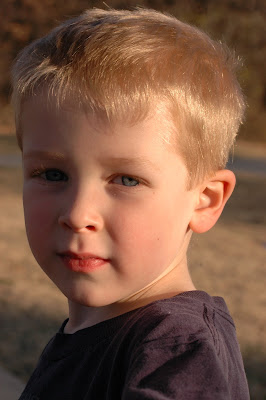 We spent several hours at the park and had a great time. Rachel stayed in her stroller most of the time. She looked up at the leaves in the trees and at times she looked startled when a breeze would blow across her face. What a wonderful time for her - so many new and exciting things all around her to discover!
at January 18, 2009
Email ThisBlogThis!Share to TwitterShare to FacebookShare to Pinterest