It has been cold again here and earlier this week we were even hoping for snow. Unfortunately all we got was ice. I say that it was unfortunate but really we had just as much fun playing with the ice as we do with the snow. 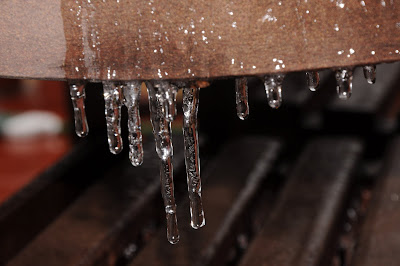 As with snow, my son just couldn't resist trying to eat it... 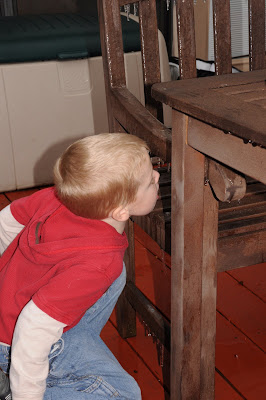 When we got too cold to stand it anymore, we came in and warmed up with some yummy hot chocolate. We read books and played games the rest of the day. Nicholas has been having fun with this game Operation that our neighbor gave him. I love re-playing these classic games that I had when I was little! 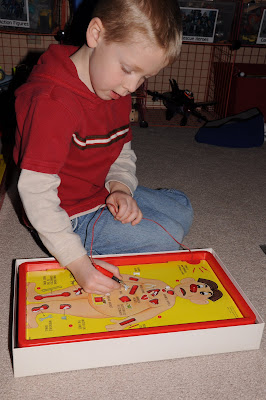 The object is to use the forceps in an operation to remove parts of the man's body like his "spare rib" and his "funny bone". You have to be careful when you pull out the pieces because if the forcep touches the sides of the game board as you pull it out, the man's nose lights up and a buzzer sounds. Nicholas is good at gripping for forceps and using them to gently remove the body parts. However, he is still a little young to do it without making the buzzer go off. Nicholas decided to just just take the batteries out to keep him quiet so we could just have fun with all the buzzer sounds. It is a really great game to exercise his pincer grip which will help improve his writing skills.
at January 07, 2009
Email ThisBlogThis!Share to TwitterShare to FacebookShare to Pinterest