Museum of Nature and Science Dallas

It's Engineer Week and the two museums here have special hands-on events going on for this week only. We had a hard time deciding which museum to go to - Dallas or Fort Worth? We used to have a membership to the Fort Worth museum so we've been there a lot so we decided to spend the day at the Museum of Nature and Science in Dallas this time. We invited another homeschool friend along too.

There were only a few activities there that were specific to Engineer Week so we spent most of our time just playing with the regular exhibits. 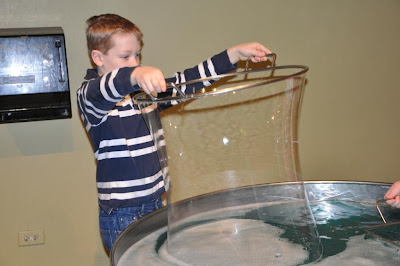 Look at Nicholas wrapped in a bubble! 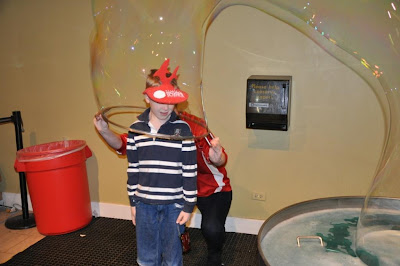 Robots were part of Engineer Week. Nicholas practiced using this robot to grip and lift objects. 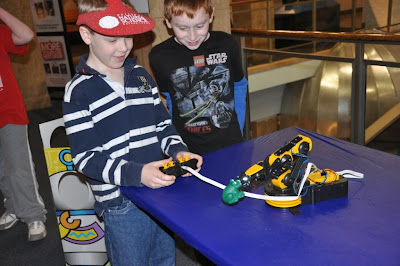 We had a hard time getting this one to work at first but finally figured it out. While you hold the tire, someone spins it really hard. The force of the spinning tire actually makes the chair spin too. Fun! 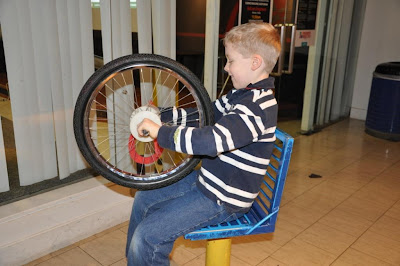 I love this giant wave maker. It is a giant rectangular case filled with a clear liquid and a blue liquid. The whole thing is on a fulcrum and you can lift and lower each side to watch the waves splash around inside. 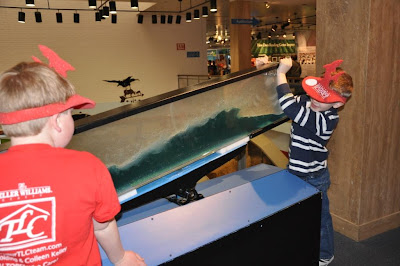 The boys tried this Engineer Week project of running an electrical current through some dough. 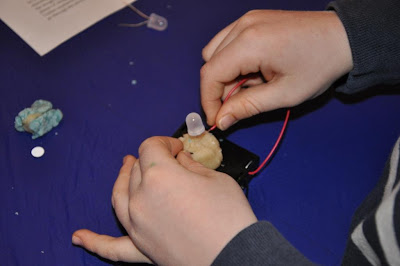 Nicholas watched himself on a monitor that detected heat and showed his various body temperatures as different colors. He thought this was really cool. 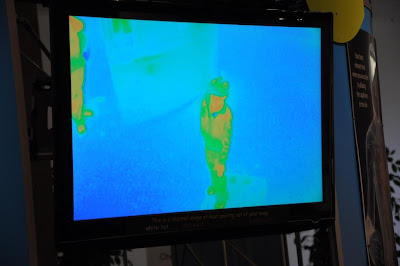 Another Engineer Week table was on electric circuits. Nicholas created a circuit that lit a small light bulb. Then he made a circuit that made a loud noise. He said something about wanting to put the two circuits together so the light and sound would go off. The lady at the table said he should try it to see if it would work. He said he knew it would but that the light would just be dimmer. He tried it out and he was right! 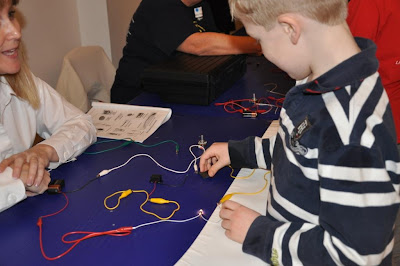 We took a break to eat some lunch outside. Afterwards, the boys played with some other homeschool kids that were there. They discovered this family of red-eared sliders basking in the sun. 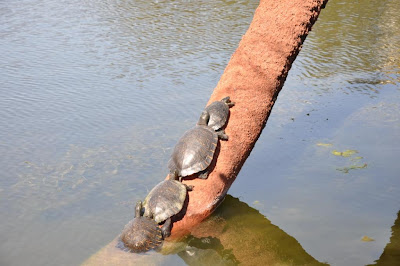 We headed back inside to hit the restrooms before leaving. Nicholas stopped along the way to create a tornado. 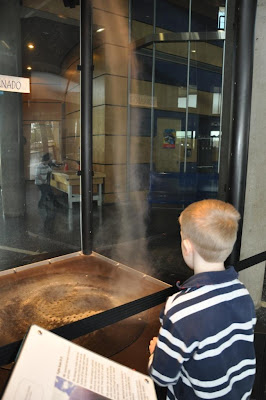 We discovered more Engineer Week projects near the bathrooms.

There was a really fun display of motion tracking. Nicholas and his friend spent a long time here dancing around and watching the stick figures on the screen imitating them. 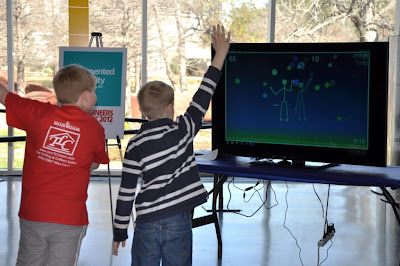 Then they made some whirlybirds out of construction paper and watched them spin as they were dropped from the second floor. 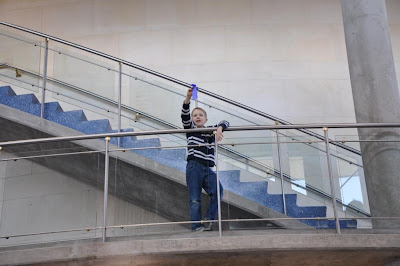 We had a good time but I was expecting a little bit more from the Engineer Week activities.