We love Casa Manana! They have wonderful children's productions and we make sure to take the kids to at least a couple of shows a year.

Today we saw Charlotte's Web. Oh what a sweet story. Nicholas has seen it here before several years ago.

We met up with some homeschool friends so we could get a group discount and get in during the week for their school matinees. These aren't usually open to the public. 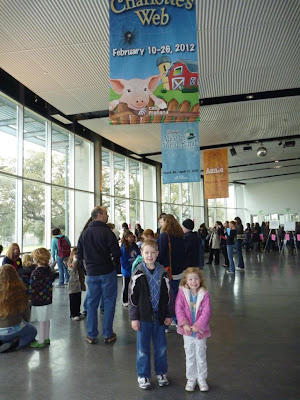 While we were waiting for the rest of our group to arrive, I watched as Rachel tried to imitate this boy. She would look at how he was standing and make little adjustments to her own stance. 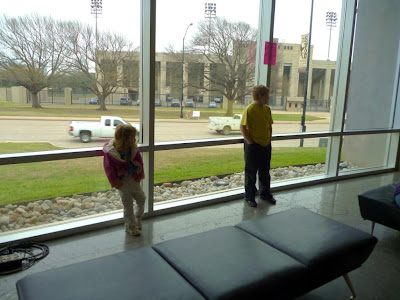 She slowly inched her way over to him and just smiled at him...even though he was pretending to not didn't notice her. 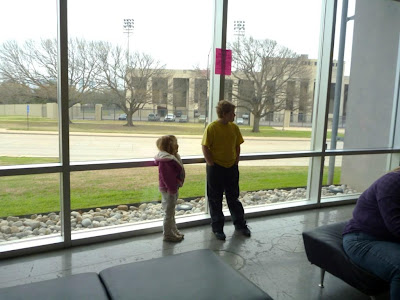 The play was great. There are usually fancy costumes but this time the actors on stage used hand puppets but made no attempt to hide their bodies behind a puppet stage. They just moved around on the stage like usual but with an animal puppet on their hand. It was a little odd at first but they were so good that it became believable before too long. We forgot all about the people on stage and just saw the animals.
at February 16, 2012
Email ThisBlogThis!Share to TwitterShare to FacebookShare to Pinterest
Labels: field trip, homeschool, Nicholas, Rachel, theatre